Sheriff: Julie Eberly Would Be Alive and on Vacation Today if Her Killer Was Still ‘Locked Up — Which Is Where He Should’ve Been’ 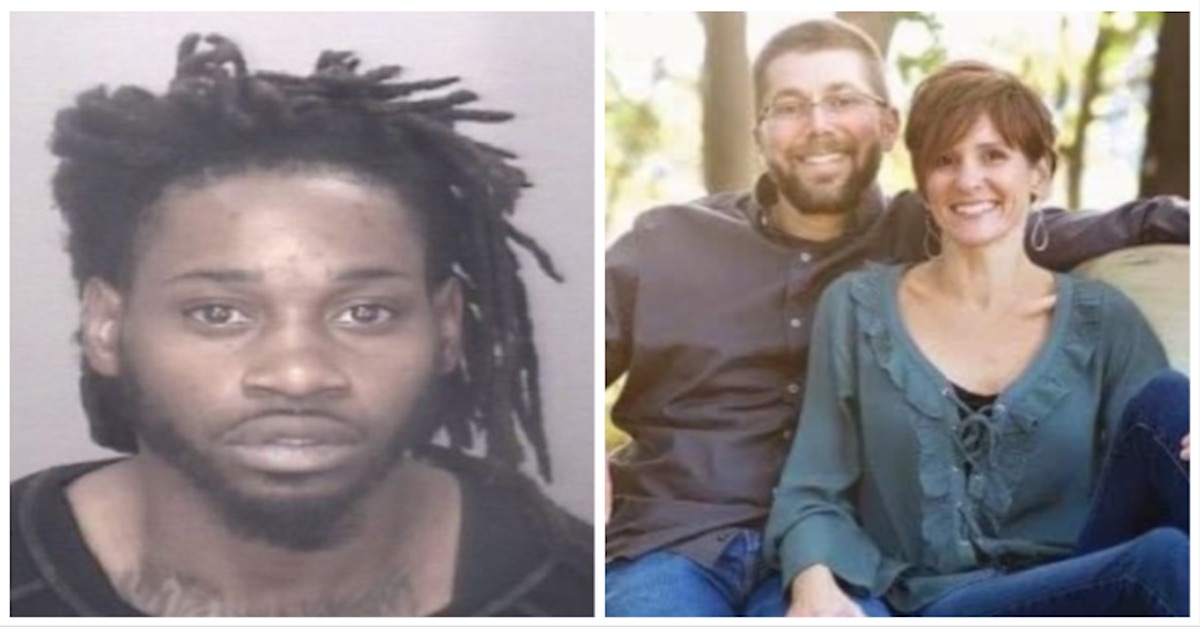 A sheriff in North Carolina said the suspect in the senseless road rage murder of 47-year-old Pennsylvania mother of six Julie Eberly has a lengthy criminal record that includes a conviction for assault with intent to kill. If Dejywan Floyd, 29, was “locked up — which is where he should have been,” the sheriff said, Eberly would still be alive and on vacation today.

Floyd was arrested on at 12:38 a.m. on Thursday at the Parkview Apartments in Lumberton, N.C., which was one week after he allegedly shot and killed Eberly.

The suspect, charged with first-degree murder and discharging a weapon into an occupied property, has had several convictions over the last decade — including for felony larceny, breaking and entering, and “assault with a deadly weapon with intent to kill inflicting serious injury,” WBTW reported. Floyd was convicted of the latter offense in 2015 and released in 2018.

As Robeson County Sheriff Burnis Wilkins sees it, Floyd should have remained behind bars.

“I saw his eyes last night, he definitely doesn’t have any care,” Wilkins told WBTW, before shifting his attention to Floyd’s behavior after the shooting. Wilkins said that the suspect removed tint and a sticker from the car, but nonetheless continued driving around in the suspect vehicle up to the night before his arrest.

The sheriff said Eberly would be alive and on vacation today if Floyd had remained incarcerated.

“This is one of those cases that you hear about that had this man been locked up — which is where he should’ve been — [Julie Eberly] would’ve been on her vacation today,” he said.

In other remarks, Wilkins described the suspect as a having a “cold face” and “nonchalant” attitude upon being arrested.

“I was there this morning, just after midnight when we arrested him,” Wilkins also said, according to WMBF. “And just to look at the cold face that he’s got. His nonchalant, ‘I don’t care that I’m getting arrested’ look. I can only imagine what those folks saw out there on I-95 when he looked over and shot. It actually makes you angry.”

As previously reported by Law&Crime, Julie’s husband, Ryan Eberly, said that he and his wife had been on vacation and were driving on I-95 on March 25 when he changed lanes as a car was coming from up behind their vehicle.

“I didn’t see that he was going around me,” Eberly said in an interview. “I pushed him to the shoulder mistakenly. As soon as I was able, I gave him room to get back on the highway. No car contact.”

Moments later, the driver of the other car, with in-state license plates and heavily tinted windows, pulled around the Eberly’s vehicle, firing several shots into the car.

“I saw in my mirror that he was passing us to the right,” Eberly said. “Gunshots were fired, and our car was hit. My wife yelled my name, and I asked if she was hit. She said, yes.”

Julie Eberly was pronounced dead at the hospital. She was buried on the day Floyd was taken into custody.

A GoFundMe campaign started in Julie Eberly’s memory has raised more than $68,000 as of Friday afternoon.

“Prayers have been answered and Julie’s murderer is in custody!! We were told that to have an arrest in a week is unprecedented. I say, it’s because of YOUR prayers that he was apprehended!” a message on the GoFundMe said after Floyd’s arrest. “We laid Julie to rest on April 1st in a private service with immediate family and close friends. It was a beautiful, terrible day. We will be celebrating Julie’s life on Friday, April 9th. Julie was a strong woman of faith and after our initial grief, we want to celebrate that she is home with her Lord.”

“Again, thank you for all your prayers, words of comfort, and support,” the message continued.

After making his first appearance in court on Thursday, Floyd is being held without bond at the Robeson County Detention Center. He is expected to appear in court next on April 15.