Sen. Grassley Distances Himself from Trump, Says Whistleblower ‘Ought to Be Heard Out and Protected’ 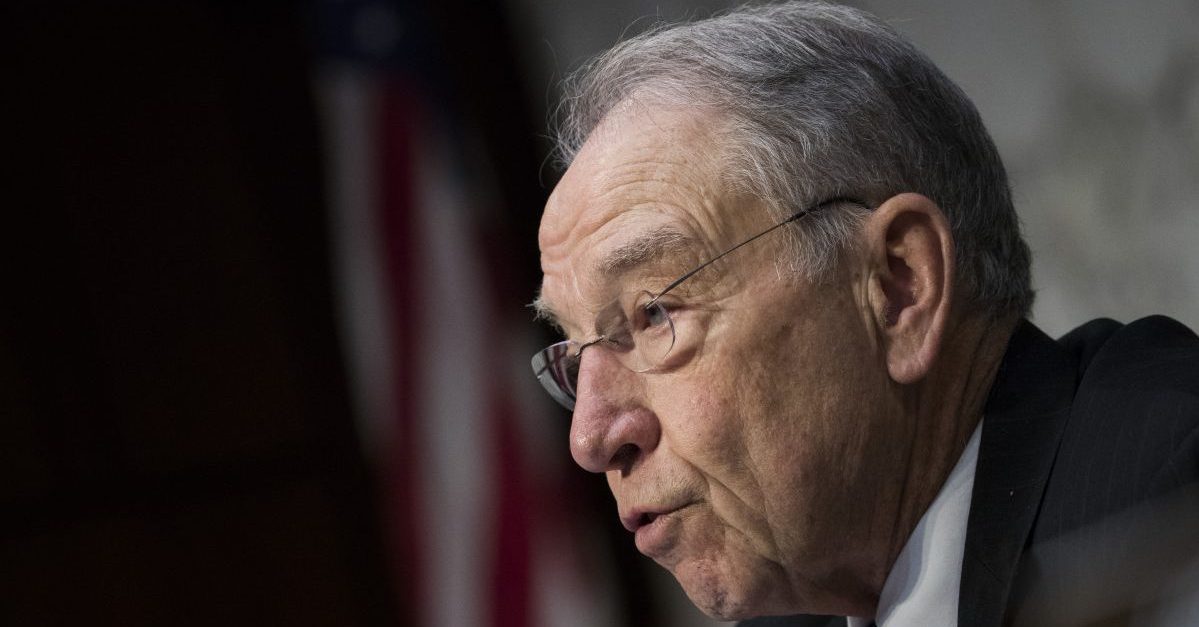 Sen. Chuck Grassley (R-Iowa) released a statement on Tuesday distancing himself from the Trump stance of seeking out the identity of the Ukraine whistleblower (despite federal law protecting that person from retaliation).

“This person appears to have followed the whistleblower protection laws and ought to be heard out and protected,” Grassley’s statement began. “We should always work to respect whistleblowers’ requests for confidentiality. Any further media reports on the whistleblower’s identity don’t serve the public interest–even if the conflict sells more papers or attracts clicks.”

The last line appears to be a dig at the New York Times.

“No one should be making judgments or pronouncements without hearing from the whistleblower first and carefully following up on the facts,” Grassley continued. “Uninformed speculation wielded by politicians or media commentators as a partisan weapon is counterproductive and doesn’t serve the country.”

“When it comes to whether someone qualifies as a whistleblower, the distinctions being drawn between first- and second-hand knowledge aren’t legal ones. It’s just not part of whistleblower projection law or any agency policy,” Grassley said, seemingly responding directly to another controversy. “Complaints based on second-hand information should not be rejected out of hand, but they do require additional leg work to get all of the facts and evaluate the claim’s credibility.”

“As I said last week inquiries that put impeachment first and facts last don’t weigh very credibly,” he said. “Folks just ought to be responsible with their words.”

Grassley has served in the U.S. Senate since 1981.