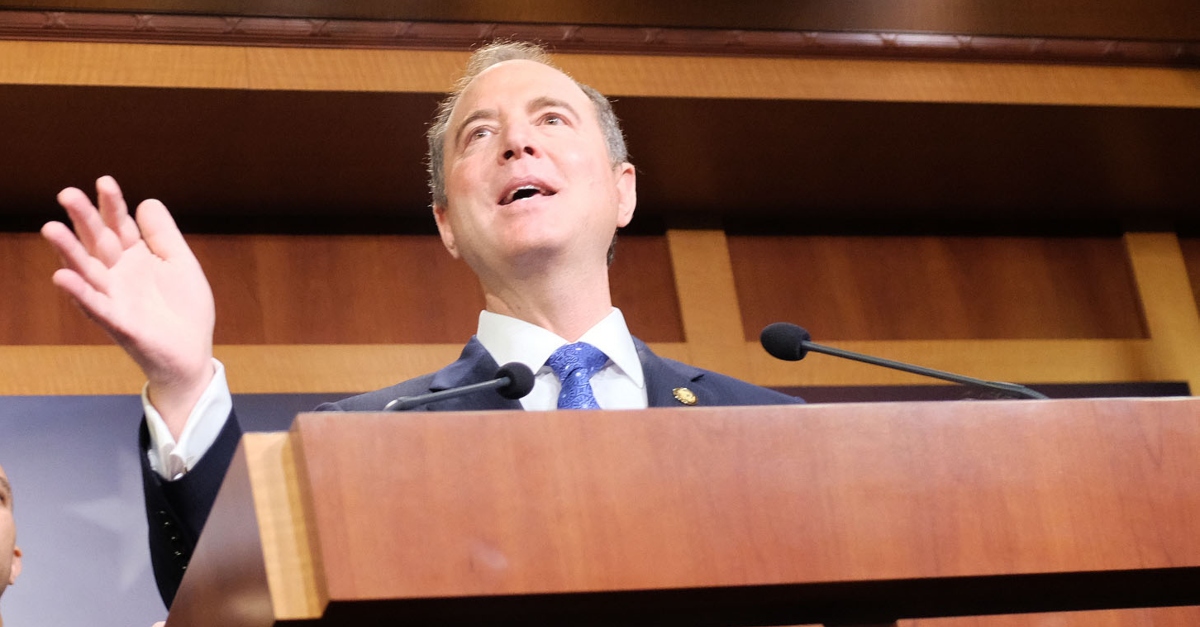 In a four-page letter, Schiff accused the acting spy chief of using the office to help President Donald Trump’s political aspirations rather than doing what’s best for the country.

“This effort appears to be proceeding despite the Coronavirus pandemic and amid indications […] of political interference in the production and dissemination of intelligence,” Schiff wrote. “These developments call into question both your commitment to ensuring that the Intelligence Community’s (IC) work on behalf of our nation is not inappropriately influenced by political considerations, as required by law and that the IC will continue to speak truth to power.”

Schiff noted that every Senate-confirmed DNI official had been removed under Grenell and stated that the House Intel Committee would undertake “additional oversight” of the DNI’s activities, including the reorganization of the ODNI, election security briefing information, and President Donald Trump’s controversial decision to fire IC Inspector General Michael Atkinson last week.

As previously reported by Law&Crime, Atkinson oversaw the Ukraine whistleblower complaint that eventually led to Trump’s impeachment. Schiff was the lead House manager who argued Democrats’ case in the Senate. The impeachment trial ended with Trump’s acquittal.

“The Committee is reviewing the circumstances of Mr. Atkinson’s dismissal, including whether his termination was intended to curb any ongoing investigations or reviews being undertaken by his office,” Schiff wrote.

He also requested that Grenell confirm in writing whether he had ever prohibited Atkinson or Acting ICIG Thomas Monheim from “initiating, carrying out, or completing any investigation, inspection, audit, or review and, if so, the nature of the investigation(s) prohibited and the reasons for the exercise of authority.”

Grenell — a highly partisan Trump acolyte and “gold-level” member at the Trump International Hotel — is unlikely to comply with Schiff’s demands. The acting DNI responded on Twitter, saying that Schiff sent the letter to the press before sending it to him, saying the “press leaks politicizing the intelligence community must stop.”

His letter was sent to the press before it was sent to me. These press leaks politicizing the intelligence community must stop. https://t.co/hdWIzGWvZr

The House Intelligence Committee, however, told CBS News that the ODNI confirmed receipt of the letter at 1:14 p.m., while the letter was provided to reporters at 1:28 p.m.

Independent journalist Marcy Wheeler pointed out that Grenell, who had no intelligence community experience prior to being named DNI, appeared to be confused as to what the term “leak” actually meant, an important distinction for his job.

Can you look up what a "leak" is and get back to us. In your job, if you don't know the difference, you're likely to have to criminally refer most of your direct staff.

See below for Schiff’s full letter:

Schiff Letter to Acting DNI by Law&Crime on Scribd