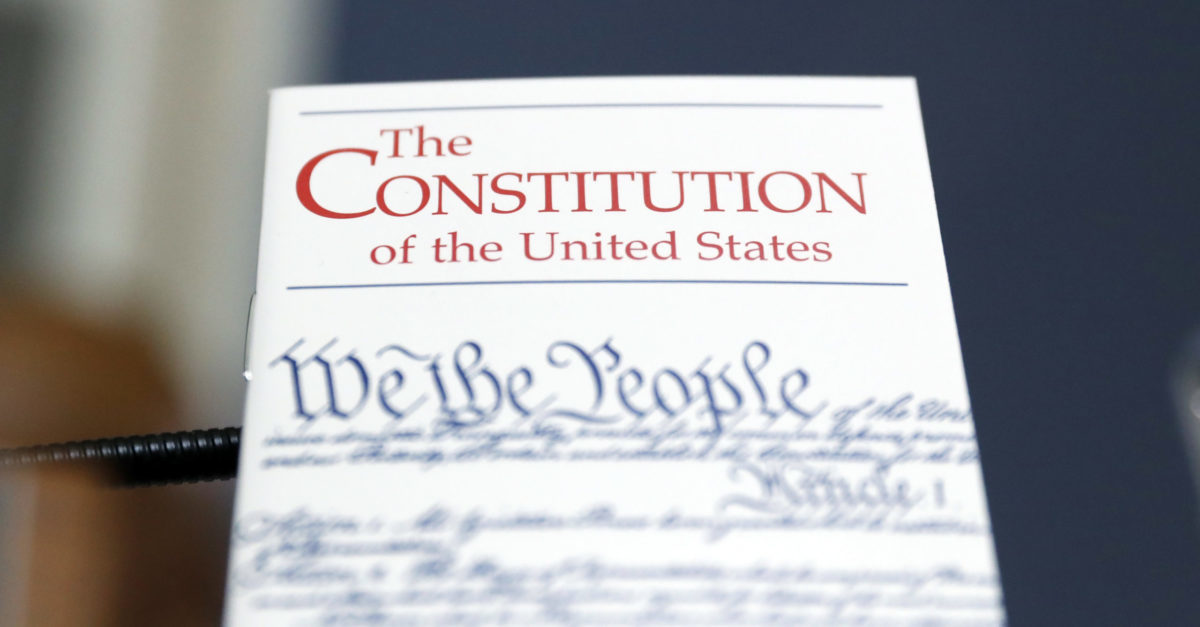 The Sixth Amendment guarantees, “[i]n all criminal prosecutions,” “the right to a speedy and public trial.” The definition of “speedy” is open to some interpretation, and in California, that interpretation is being affected by the novel coronavirus (COVID-19) pandemic.

In a Monday document obtained by Law&Crime, Federal Chief Judge Virginia A. Phillips requested of Judge Sidney R. Thomas, the chief judge of the Ninth Circuit Court of Appeals, the power to alter deadlines generally required by the Speedy Trial Act. Judge Phillips wrote that delays are necessary because, in part, remote video technology isn’t up to par in her jurisdiction. Phillps sits in the Western Division of the Central District of California, which comprises Los Angeles, Ventura, Santa Barbara, and San Luis Obispo Counties. Per her letter:

The Central District of California is operating under limited capacity during the COVID-19 pandemic.  The vast majority of our staff is working remotely and our courthouses are closed to the public. We are currently conducting only limited hearings and there are major limitations on the use of video and teleconference technology. For example, the Metropolitan Detention Center in Los Angeles and the Santa Ana Jail have limited equipment for video and telephonic conferences.  These facilities permit only one-hour sessions between 7:00 a.m. and 1:00 p.m. per matter. Further, defendants who are housed in other locations throughout our widespread district will need to be transported to the closest courthouse for video or telephonic conferencing.  There are 52 District and Magistrate Judges in our District who at any given time need to use this equipment to conduct urgent hearings, and the limited amount of video and telephonic conference equipment available in our courthouses restricts our ability to conduct remote hearings.

Judge Phillips said that when the pandemic ends, she anticipates a “significant backlog” of cases. Even without the virus, she pointed to “extremely limited resources” including ten judicial vacancies (out of 28 total judicial positions) in the district. Each judge in the district is handling “1059 weighted cases,” which she said “is almost double the national average of 535 weighted filings per judgeship.” Phillips has complained about the vacancies before.

The delay statute Judge Phillips seeks to invoke, in relevant part, would apply procedural brakes to any case involving a criminal offense (defined as everything criminal except Class B or Class C misdemeanors or infractions). Per the statute:

In the event that any district court is unable to comply with the time limits . . . due to the status of its court calendars, the chief judge, where the existing resources are being efficiently utilized, may . . . apply to the judicial council of the circuit for a suspension of such time limits[].  The judicial council of the circuit shall evaluate the capabilities of the district, the availability of visiting judges from within and without the circuit, and make any recommendations it deems appropriate to alleviate calendar congestion resulting from the lack of resources.

Generally, federal law requires trials within 70 days for federal defendants. In emergency situations, the deadline is extended to 180 days for certain circumstances and up to one year in others.

“This has significant consequences for federal inmates awaiting trial. They will have to spend additional months in prison without ever seeing a jury, or being convicted of a crime,” said California attorney Neama Rahmani in an email to Law&Crime.

A similar request for emergency delays has already been filed by the Southern District of California, which covers San Diego and El Centro, Rahmani noted. The Ninth Circuit granted that request, and Rahmani expects other requests to occur in other federal circuits as COVID-19 moves across the map.

“This is all very new, so no specific cases have been affected yet,” he noted. “Releasing dangerous criminals into the street is certainly not an option, but you will have thousands of inmates who have not been convicted, but whose constitutional right to trial by jury will be delayed by months or even longer, so they’re just sitting in prison.  This issue will very likely be appealed to the U.S. Supreme Court.”

The statute which allows judges to request emergency delays more broadly states that it shall not “be interpreted as a bar to any claim of denial of speedy trial as required by” the Sixth Amendment. In other words, a defendant can still press a Sixth Amendment claim even if a judge follows the timeline in the delay statute.

“It would be . . . an unusual case in which the time limits of the Speedy Trial Act have been met but the sixth amendment right to speedy trial has been violated,” one Supreme Court case notes.  Where violations of the right to speedy trial are alleged, the courts examine the “length of the delay, the reason for the delay, the defendant’s assertion of his right, and prejudice to the defendant.”  The Supreme Court court has overturned long delays, such as the eight to twelve years of Doggett v. U.S. (1992), and short delays such as the ten months of Strunk v. U.S. (1973).

“This issue will very likely be appealed to the U.S. Supreme Court,” Rahmani concluded.