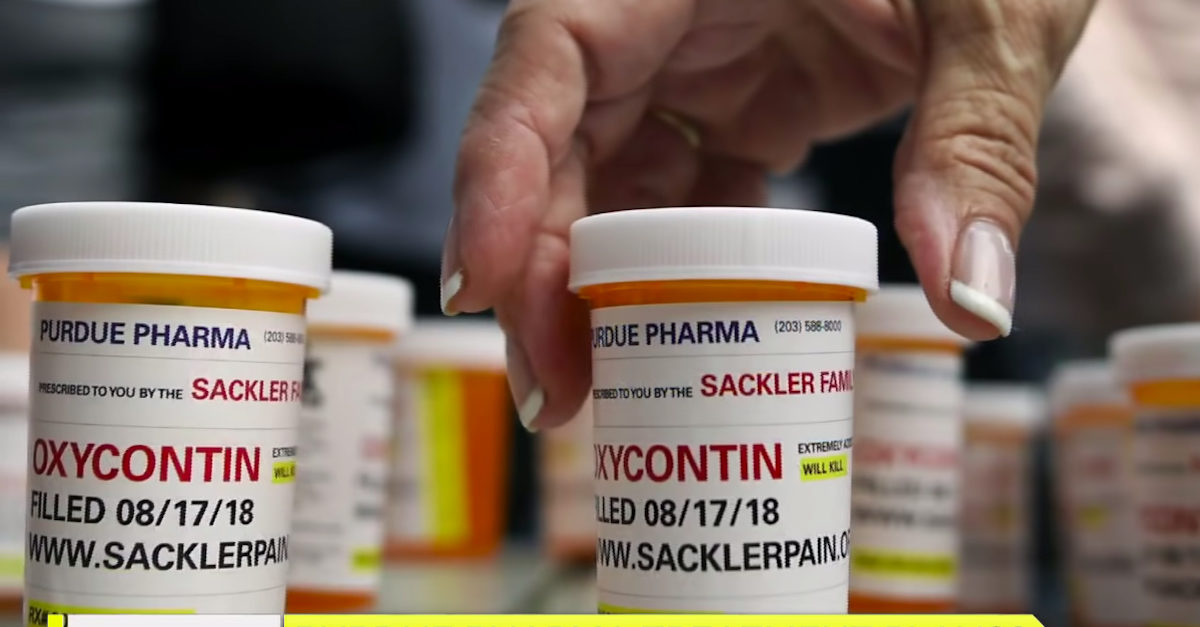 The Sackler family is reportedly offering to settle more than 2,000 lawsuits filed against the family-owned pharmaceutical company Purdue Pharma, which produces the opioid painkiller OxyContin. The potential deal was discussed by Purdue’s attorneys in Cleveland last Tuesday as part of confidential settlement negotiations, as first reported by NBC News. The report comes one day after an Oklahoma judge ordered Johnson & Johnson to pay $572 million for its role in triggering and perpetuating the state’s opioid crisis.

The lawsuits, which were filed by a number of states and municipalities nationwide, claim that the Sackler family and Purdue Pharma were also at fault for triggering and exacerbating the opioid crisis.

Despite their geographically diverse origins, the lawsuits alleged that that Purdue Pharma employed deceptive sales practices aimed at incentivizing doctors to over-prescribe the opioid painkillers to patients.

According to NBC, which cited two sources with first-hand knowledge of discussions that took place, at least 10 state attorneys general attended the meeting in Cleveland where they met with former Purdue Pharma board member David A. Sackler, who has “recently been the de facto family spokesperson.”

As previously reported by Law&Crime, West Virginia District Attorney Patrick Morrisey in May, along with DAs from Kansas, Maryland, Iowa, and Wisconsin, announced a lawsuit against the company and its former chairman Richard Sackler, alleging that Purdue Pharma engaged in illegal marketing tactics by aggressively marketing the drug as safe to prescribers of the opioid — even employing the motto, “We sell hope in a bottle.” The AGs also alleged that Purdue’s sales representatives were trained and encouraged to lie about the drug’s potential for abuse, “representing without qualification that OxyContin did not have a dose ceiling.”

Later in the month of May, the Metropolitan Museum of Art in New York City announced it would no longer accept gifts from members of the Sackler family, effectively severing ties from one of its most prolific donors.

Though a representative for the Sackler family did not respond to NBC’s request for comment, Purdue Pharma told the news outlet that while it was not responsible for creating the opioid epidemic, helping communities in need was a more appealing alternative to years of litigation.

“While Purdue Pharma is prepared to defend itself vigorously in the opioid litigation, the company has made clear that it sees little good coming from years of wasteful litigation and appeals,” the company wrote. “The people and communities affected by the opioid crisis need help now. Purdue believes a constructive global resolution is the best path forward, and the company is actively working with the state attorneys general and other plaintiffs to achieve this outcome.”