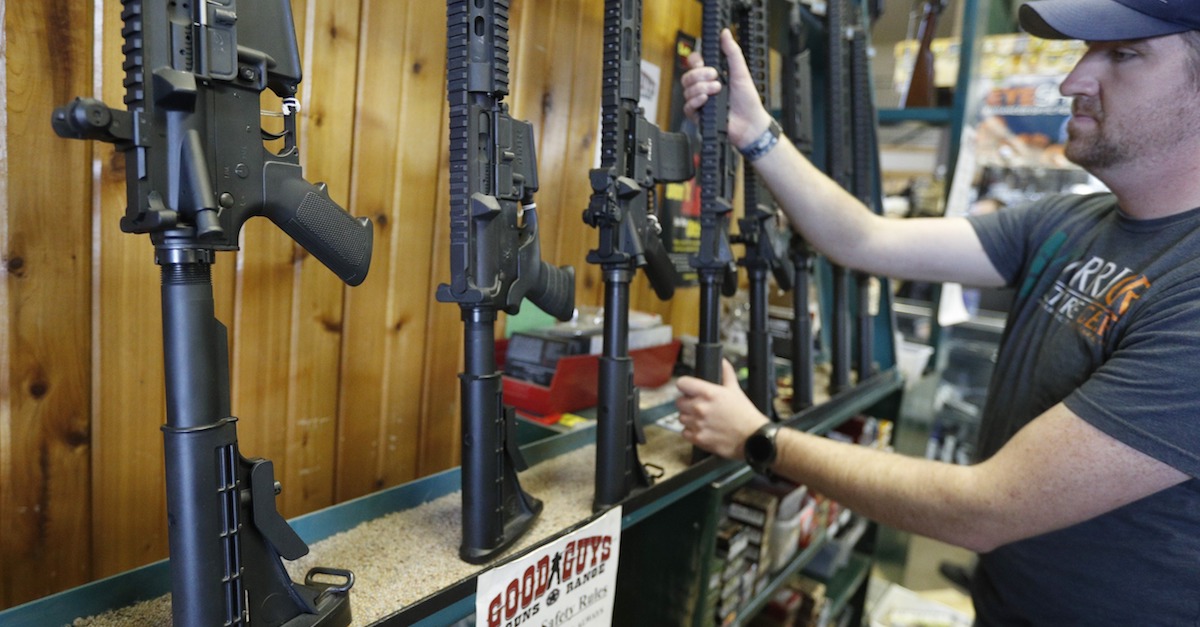 Oklahomans with permits who support a new law that will allow gun owners to carry their guns in public without a permit have begun conducting “Second Amendment audits” around the state.

In order to test police and their compliance with this new law, which goes into effect on Nov. 1, supporters with open carry permits have been bringing their weapons to city parks, KGOU reported. Right now, permit carriers can only carry handguns in public, but when House Bill 2597 goes into effect, anyone over the age of 21 can legally carry a shotgun, rifle, or handgun in city parks. Another bill set to go into effect on the same day, however, prevents people from carrying anything other than concealed handguns in public trust parks.

Oklahoma City police adviser Stephen Krise said that some Second Amendment supporters are confused about the distinction between public trust parks and city parks, with some members of the Oklahoma Second Amendment Association even attempting to bring weapons to the Oklahoma City Zoo. He also explained that certain city buildings, office spaces, and certain state fairs ban firearms altogether.

According to KGOU, one of the more prominent “tests” of this law was conducted by Tim Harper, an Oklahoma resident with a moderately popular YouTube account.

Harper recently recorded a video of himself interacting with police after they stopped him with a pistol that looked like a rifle. Most of the video consisted of police officers questioning why he would do this in public and Harper responding with various technical distinctions between rifles and pistols.

“I don’t want to traumatize anybody or get the wrong response,” Harper told KGOU. “I’m more about educating someone.”

Harper said that after Nov. 1, he plans to visit city parks with his rifle to broadcast people’s response to him online and over the radio. Some citizens said these audits are a waste of police resources, while others called the situation terrifying.

“These audits terrify children and families,” said Cacky Poarch, a volunteer with Moms Demand Action in central Oklahoma. “It’s scary when you’re seeing somebody with that type of firearm that has been retrofitted, you know, even though he says it’s legal, he made it look like it was an illegal firearm. If he’s not doing it to scare people, he’s doing it to get attention.”

For their part, members of the Second Amendment Association are worried that those carrying firearms will be sequestered to certain areas of the park.

“Our immediate concern is they’re making all handgun license holders go in one gate,” said Second Amendment Association President Don Spencer said. “Our concern is that then they’re going to just put us in a box and say we cannot leave that area, which would be unconstitutional.”