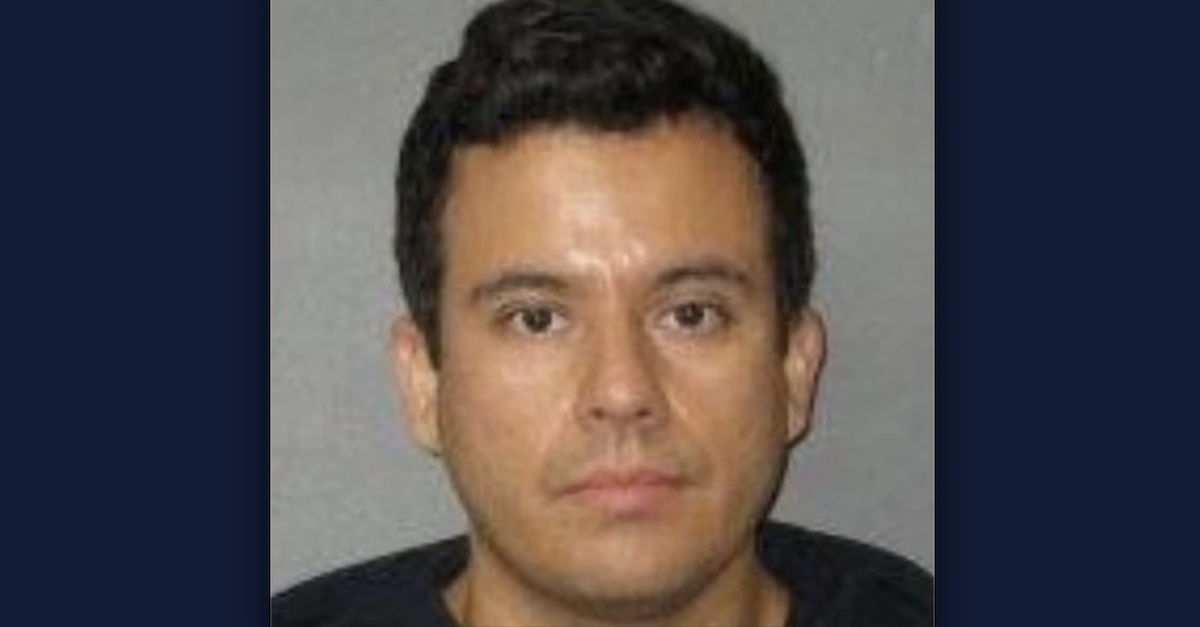 Dr. Antonio Felipe Belda was taken into custody on Wednesday and charged with 130 counts of possessing pornography involving juveniles under age 13 and 50 counts of video voyeurism, records reviewed by Law&Crime show.

Belda, who was employed as a pediatric cardiologist at Our Lady of the Lake Children’s Hospital in Baton Rouge, was reportedly fired immediately after his arrest.

According to court documents obtained by The Advocate, the National Center for Missing and Exploited Children (NCMEC) on Sept. 6 sent a complaint via Google to officials with the Louisiana Bureau of Investigation (LBI) Cyber Crimes Unit regarding suspicious online activity. NCMEC is a non-profit agency created by Congress to track missing children and track and reduce crimes involving children.

Detectives opened an investigation and discovered 48 images of “prepubescent girls being sexually assaulted” and “posing in sexual positions,” the probable cause affidavit reportedly states.

Through information obtained after serving subpoenas on Google and AT&T, investigators were reportedly able to connect the images to Belda’s home in the Hundred Oaks area of Baton Rouge.

Authorities on Wednesday “raided” Belda’s home, which has an estimated value of $750,000, and executed a search warrant on the residence, according to a report from Baton Rouge ABC affiliate WBRZ-TV. Investigators recovered multiple electronic devices and Belda reportedly provided police with passwords to the devices and his online storage accounts.

A search of the storage accounts reportedly revealed “hundreds of sexually explicit images and videos involving juvenile girls who appear to be under 12 years old.”

Court records reportedly showed that police emphasized Belda’s job and access to children as the reason for conducting a “swift investigation” that was assisted by Louisiana State Police and Homeland Security Investigations.

The East Baton Rouge Sheriff’s Office reportedly confirmed to WBRZ that there was no reason to believe that any of Belda’s patients were targeted or depicted in the illicit material allegedly recovered.

“The investigation is ongoing but there is no indication that any equipment was utilized at the hospital,” an EBRSO spokesperson reportedly told the station. “There is no evidence that patients were involved.”

“We are shocked to learn of the disturbing allegations against one of our recently employed physicians. When we became aware of these charges and arrest at his home this morning, the physician was immediately terminated with no further patient or staff contact,” Stubbs reportedly said in a statement. “Our physician hiring process is extremely rigorous and includes background checks, multiple reference checks and other nationally recognized best practices. We will continue to cooperate fully with our law enforcement partners. As always, the safety and care of our patients and team members is our top priority.”

The Advocate reported that the hospital took down Belda’s online biography from its website Wednesday evening. A cached version of the site reportedly said that he held degrees from schools in Canada, England, and Grenada before finishing his pediatric residency at a hospital in Ohio.