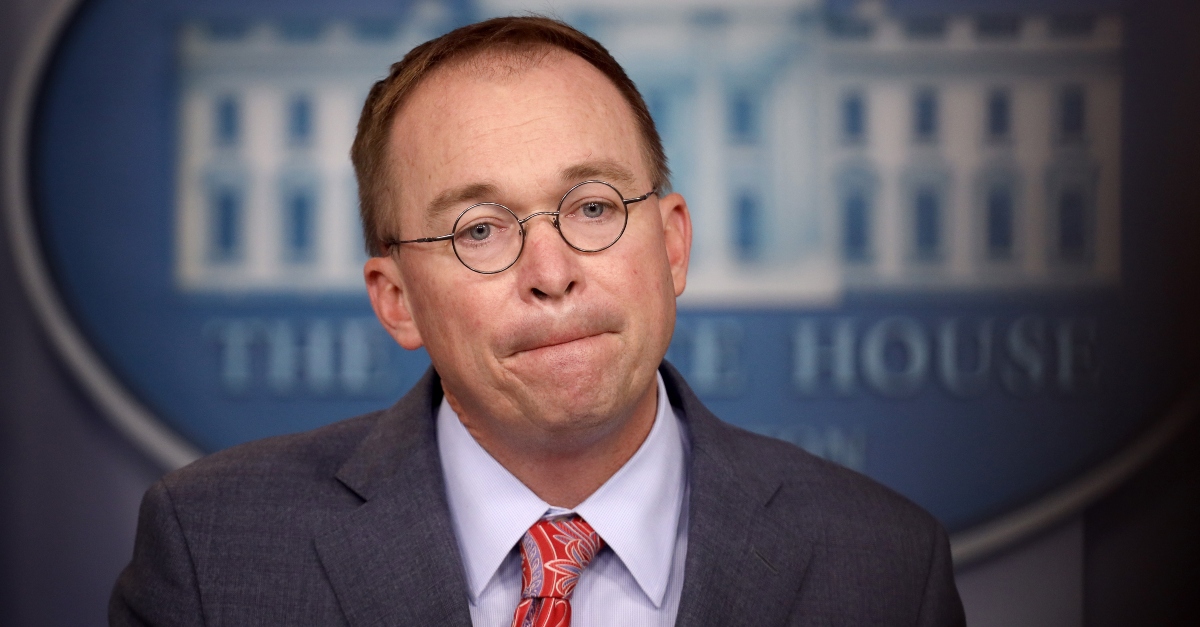 White House Chief of Staff Mick Mulvaney was possibly on his way out of the job until House Speaker Nancy Pelosi announced an impeachment inquiry in September. This detail comes from sources in a new CNN report on Sunday. He was reportedly being pushed out. Aides including the president’s son-in-law and adviser Jared Kushner were looking for replacements, and contacted to at least two possible candidates, according to the report.

Being fired (or forced to “resign”) is never fun, but it might have been a net benefit for Mulvaney if it happened sooner. It has been an ugly news week for the former U.S. congressman. He admitted there was a quid pro quo to exchange military funding for the Ukraine to investigate a conspiracy theory, but later walked this back, insisting media outlets misconstrued this statement.

In any case, the report notes that one person “familiar with Mulvaney’s thinking” told CNN the search happened as the chief of staff was planning to leave the job. Other sources close to the former congressman denied that he wanted to go, however.

The White House says the work relationship is good.

“He is still the acting chief of staff and has the President’s confidence,” deputy press secretary Judd Deere said in a statement to CNN.

Mulvaney continues to face scrutiny in the media over the earlier admission of a quid pro quo.

“I hate to go through this, but you said what you said,” Fox News Sunday anchor Chris Wallace told him.

Mulvaney is the third chief of staff for the Trump White House in as many years. The current administrative has been marked by a relatively fast turnover rate for high-ranking officials, including this position.