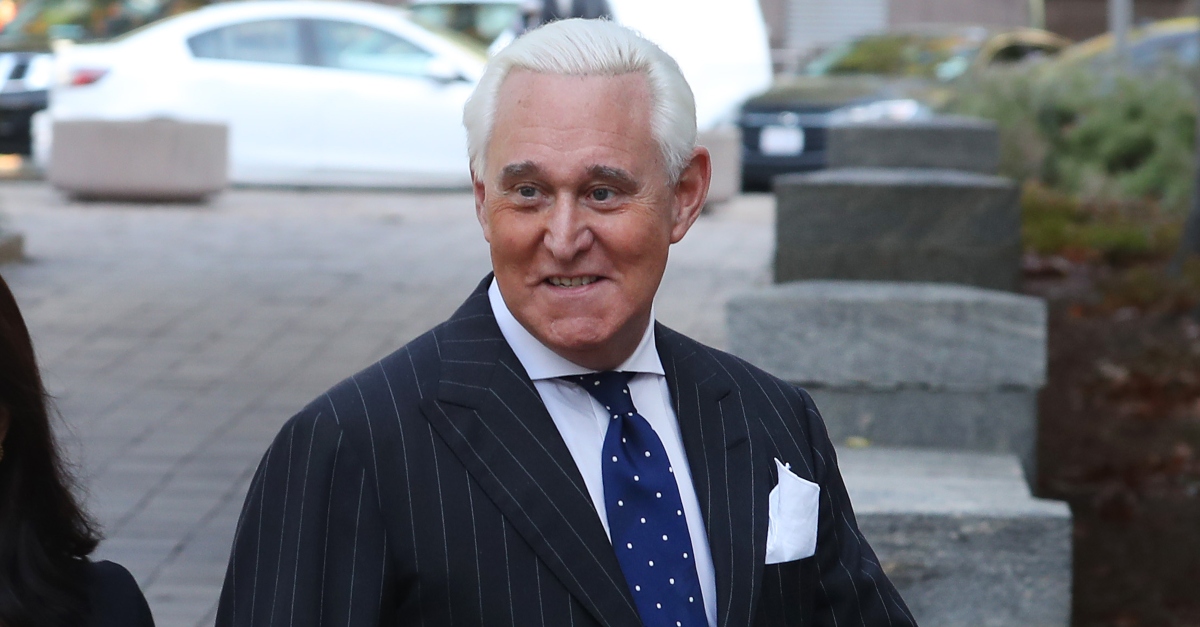 The strange saga of Roger Stone is nowhere near over. On Thursday morning, the lifelong Richard Nixon aficionado and years-long Donald Trump confidant filed papers to appeal his conviction with the U.S. Court of Appeals for the District of Columbia Circuit.

The brief, two-page filing was submitted with the court by Stone attorney Seth Ginsberg and is largely a pro forma recitation of the bare minimum facts necessary to appeal Stone’s recent sentencing by U.S. District Judge Amy Berman Jackson.

Per that notice of appeal:

“I, Roger Stone, hereby appeal to the United States Court of Appeals for the District of Columbia from the above-stated judgment and order, the sentence imposed, and all underlying orders,” the filing continues.

Stone was convicted on seven counts in November 2019 after lying to Congress–prosecutors said, in an apparent bid to protect Trump–when he testified before the House Intelligence Committee about his relationship with government transparency publication WikiLeaks. The content of those hearings was eventually subsumed into the general Russiagate probe led by then-special counsel Robert Mueller.

In February of this year, Stone was sentenced to just over three years in prison.

A bit of legal wrangling ensued after that.

Stone sought to toss Jackson from overseeing any further proceedings in his case by calling her impartiality into question. That effort failed. Contemporaneously, Stone’s attorneys made a bid for a new trial in the D.C. District Court. That request was also denied–but greatly upset government prosecutors who likened the ask to a publicity stunt.

Meanwhile, outside of the courtroom, allegations swirled–and were stoked by the president himself–that Stone’s trial had been something of a sham due to the presence of a juror foreperson with decidedly clear biases against the Trump administration.

Those biases were apparently not apparent during the voir dire process, according to the government, but the juror’s hindsight-clear animus made obvious grist for the mill of Trumpworld complaints about Stone’s prosecution. Expect the malicious juror angle to figure heavily in the actual appeal filed by Stone’s attorneys.

Law&Crime reached out to Ginsberg’s office for a statement on the notice of appeal but no response was forthcoming at the time of publication.

[image via via Mark Wilson_Getty Images]