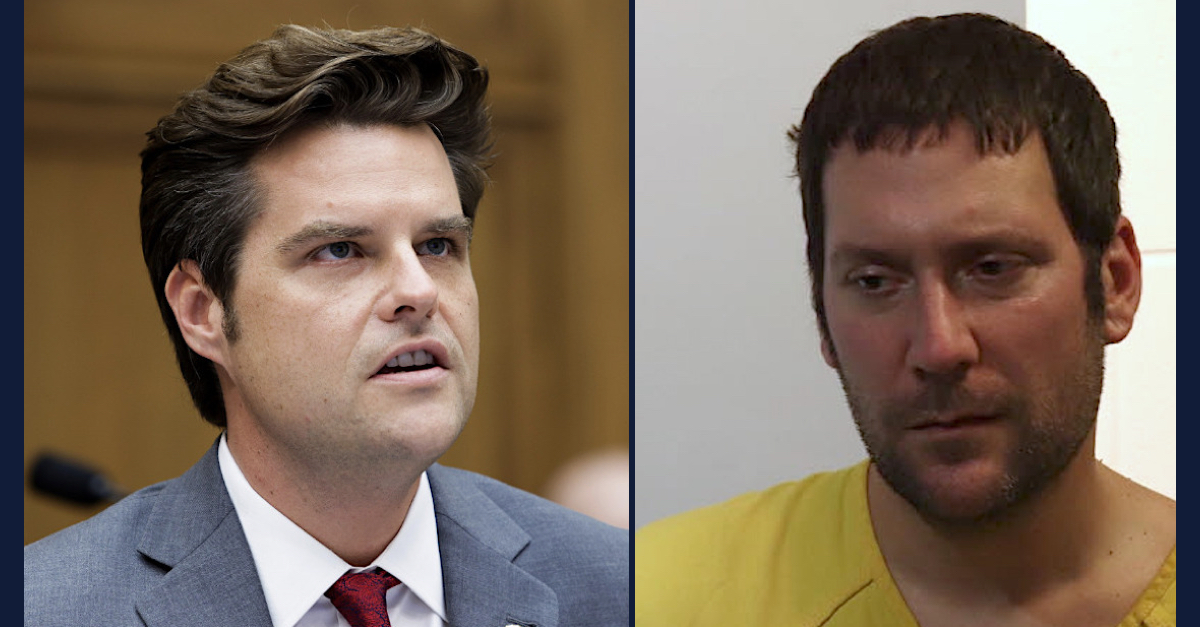 The man whom Rep. Matt Gaetz (R-Fla.) reportedly once described as his “wingman” can file sentencing information under seal to discuss his cooperation with federal authorities, a judge ruled on Tuesday.

A little more than a year ago, Joel Greenberg pleaded guilty to six of the 33 federal charges that he was facing, including sex trafficking of a child, identity theft, wire fraud and conspiracy. Greenberg acknowledged that he and several other adult men paid a 17-year-old girl for sex and provided her with narcotics such as ecstasy. That is reported to be the same teenager at the center of a Justice Department investigation into whether Gaetz also engaged in sexual acts with her, according to the New York Times.

Federal prosecutors and Greenberg previously agreed to postpone his sentencing multiple times since that May 2021 plea deal, citing his ongoing government cooperation.

“Pursuant to his plea agreement with the Government and to mitigate the significant penalties he faces, Mr. Greenberg has been cooperating with federal prosecutors in active investigations currently being conducted by the United States Attorney’s Office in the Middle District of Florida and the Department of Justice in Washington D.C, as well as in other jurisdictions,” the three-page motion states. “The unopposed motion to set the date of the sentencing hearing provides confidential information concerning these investigations, as well as information regarding the nature and extent of Mr. Greenberg’s ongoing cooperation.”

Greenberg says that the government agrees with the sealing request.

“As previously noted, Mr. Greenberg’s forthcoming motion to set a sentencing date contains sensitive information pertaining to confidential and protected information concerning ongoing investigations and prosecutions,” the motion states. “If this Court sets a hearing on the motion, the proceeding will convey specific information to the Court concerning Mr. Greenberg’s cooperation against multiple individuals.”

“Because these interests outweigh the public’s interest, good cause exists for the sealing of Mr. Greenberg’s request to set a sentencing date,” it continues.

Gaetz’s attorney Marc Mukasey did not immediately respond to Law&Crime’s email requesting comment, but the Florida Republican has vehemently denied wrongdoing in the past.

“Matt has always been a fighter,” Erin Elmore, from the crisis communications firm Logan Circle Group, wrote in a statement to Law&Crime in April 2021, when Gaetz retained his current counsel. “A fighter for his constituents, a fighter for the country, and a fighter for the Constitution. And he’s going to fight back against the unfounded allegations against him. His legal team, led by Marc Mukasey and Isabelle Kirshner, will take the fight to those trying to smear his name with falsehoods.”

Mukasey is deeply tied to former President Donald Trump, to whom Gaetz is a staunch loyalist. In addition to having represented the Trump Organization, Mukasey is a former law partner of Rudy Giuliani.

Read Greenberg’s motion to seal below: