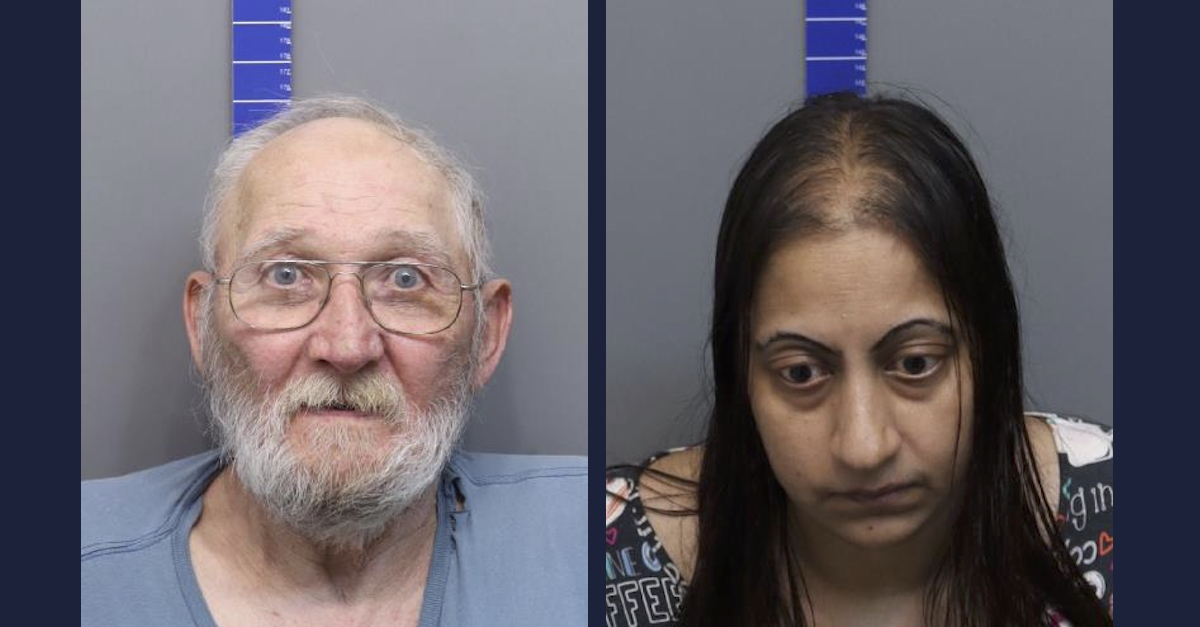 A Tennessee couple are facing homicide charges over the alleged starvation death of their disabled adult son.

John D. Hoover, 69, stands accused of murder in the first degree along with his wife, Jacqueline Hoover, 38, over the alleged starvation death of the couple’s 44-year-old son, John V. Hoover, who reportedly had the mental capacity of a 5-year-old, according to an arrest affidavit obtained by Chattanooga, Tenn.-based ABC and Fox affiliate WTVC. The pair are also charged with one count each of willful abuse or neglect of an impaired adult.

Police were reportedly first called to the Hoovers’ residence in Hixson, Tenn. on June 23, 2022, after the son was transported to CHI Memorial Hospital earlier that same day. John Hoover allegedly told police that his adult son had not been eating regularly since April of this year and that in the past four days had stopped eating altogether.

After treating the victim, medical staff at the hospital contacted law enforcement and said he showed signs of severe malnutrition and dehydration on the day he arrived, the affidavit says. Staff ventured the man’s maladies were due to severe neglect or potential abuse.

Detectives cited in the affidavit reportedly said the victim was “obviously emaciated and had pressure sores on his person.”

In comments to Chattanooga, Tenn.-based CBS affiliate WDEF, the Chattanooga Police Department said there were also physical signs of abuse that was caused by both malnutrition and neglect.

The TV station also interviewed the manager of the mobile home park where the family lived as well as their next door neighbor.

“The manager says the son would routinely walk up and down the complex, and the neighbor told me he would do so often telling people he was hungry,” WDEF journalist Scott Koral reported.

According to the affidavit, John D. Hoover allegedly admitted that both he and his wife “would withhold food from the victim to get him to shower and tied him to a bed at night to keep him from taking food.”

“Mr. Hoover and his wife stated that the victim had a mental disability and they had to move in with the victim to care for him,” a copy of the affidavit obtained by the Chattanooga Times Free Press alleges.

According to The Chattanoogan, the couple told police they recently moved in with their son after his grandmother died.

John D. Hoover allegedly admitted that he had not taken his son to see a doctor since February of this year and that he and his wife did not make any follow-up appointments after that last visit.

An investigation into the son’s death began on July 1, 2022.

The couple are being detained at the Silverdale Detention Center without bond. They are currently slated to appear before Hamilton County General Sessions Court Judge Christine M. Sell on July 7, 2022.

Several cats were removed from the residence by Animal Control officers after the pair were arrested, according to WDEF.

Law&Crime reached out to the CPD for additional details and comment on this story, but no response was immediately forthcoming as of the time of publication.