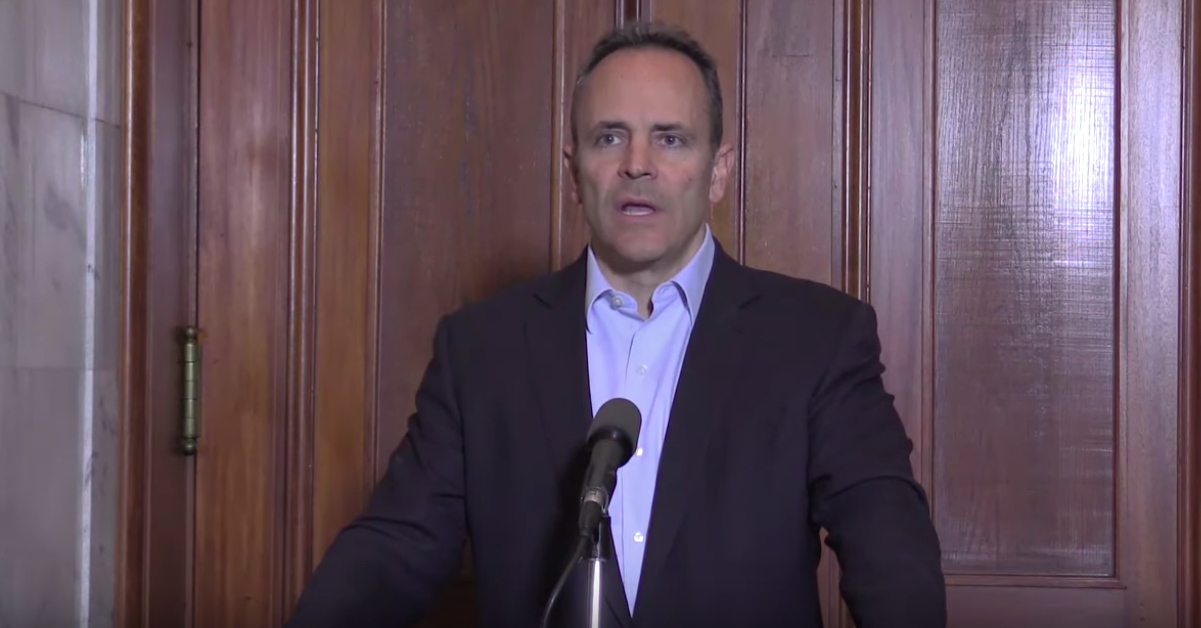 On his final day in office, outgoing Republican Kentucky Governor Matt Bevin on Monday pardoned and commuted the sentences of a total of 428 people, including a man convicted of killing a female co-worker in one of the most gruesome ways imaginable.

Delmar Partin, 63, was convicted in 1994 in the murder of Betty Carnes, a mother of three and Partin’s co-worker at the Tremco Plant in Barbourville, Kentucky.

According to the Lexington Herald Leader, the coroner was never able to determine if Carnes “was killed by asphyxiation or by the eight blows to her head” that were delivered with a metal pipe, “but it was very clear that her head was then chopped off and placed on her lap in a 55-gallon barrel that was destined for a toxic waste site.”

“Whereas, I hereby commute the sentence of Delmar Partin from life to time served. Additionally, given the inability or unwillingness of the state to use existing DNA evidence to either affirm or disprove this conviction, I hereby pardon Mr. Partin for this crime and encourage the state to make every effort to bring final justice for the victim and her family,” Bevin wrote in the order.

The commonwealth attorney who prosecuted the case told the Herald Leader that Bevin’s decision was “mystifying” and arrogant.

“I think its arrogance of one who has a God-like image of himself,” Tom Handy said of Bevin. “And a lack of concern for anybody else.”

“He hated her so much and he wanted to punish her with her looking at him before he cut her head off,” Handy said. “The evil is unimaginable.”

Additionally, Handy said that the issue of DNA evidence had never been brought up by Partin’s own defense attorney, Bill Johnson, despite the case going all the way up to the state’s Supreme Court.

“This flurry of pardons that was done by ex-governor Bevin was just a slap in the face to every victim across the state,” Commonwealth Attorney Jackie Steele told the Times Tribune Thursday. “He’s done it throughout the state. He’s released violent offenders and sex offenders into the community’s that we’re going to live in.”