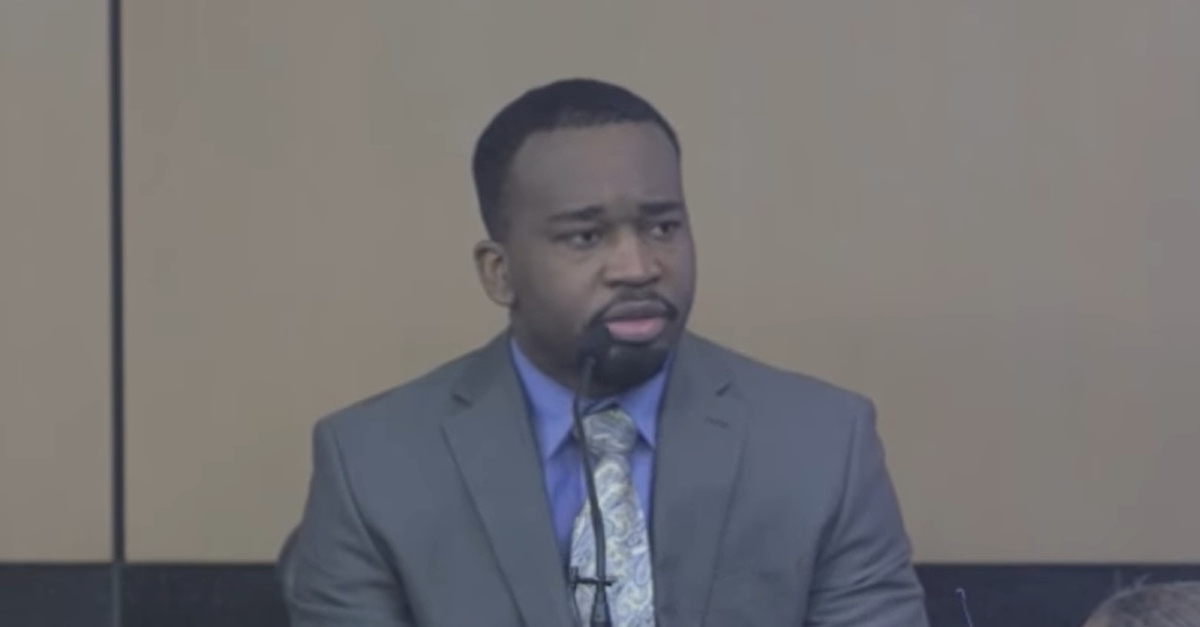 Delinord Dumercy, 24, was found guilty of second-degree murder in the 2016 shooting death of James D’Angelo Peoples, 22.

He shot and killed the victim at a Chevron gas station, prosecutors said. The defendant insisted this was in self-defense.

The incident was caught on surveillance footage. Authorities said it showed an unprovoked shooting. Peoples was dating Dumercy’s ex-girlfriend. The defendant, who testified at trial, said he was in fear of his life.

“I believed he was reaching for a handgun,” Dumercy said during his testimony. “Then I shot him a second time. When I ran after him, I was going to hold him at gunpoint until the police came, but he reached up and tried to grab the gun I had.”

Prosecutors said, however, that video and Dumercy’s messages to ex-girlfriend Darnesha McCray showed that this premidated murder.

Messages showed that two days later, Dumercy told McCray, who was pregnant, that he hoped “that baby dies in your stomach,” according to the prosecution. “‘I’m ready now. Tell him to bring his chrome. Next time I see him, I’ll put that bullet through his head.’ That’s exactly a month before he kills James Peoples,” said he prosecutor.

Hostile messages continued throughout the month before People’s death. The prosecution dismissed his allegation that the victim had shot at the defendant in a park in the days leading up to the murder.

“If I can’t have you, no one will,” Dumercy said in a November 14 message, according to the prosecution. “I ain’t got anything to lose. I’ll end anyone you’re with.”