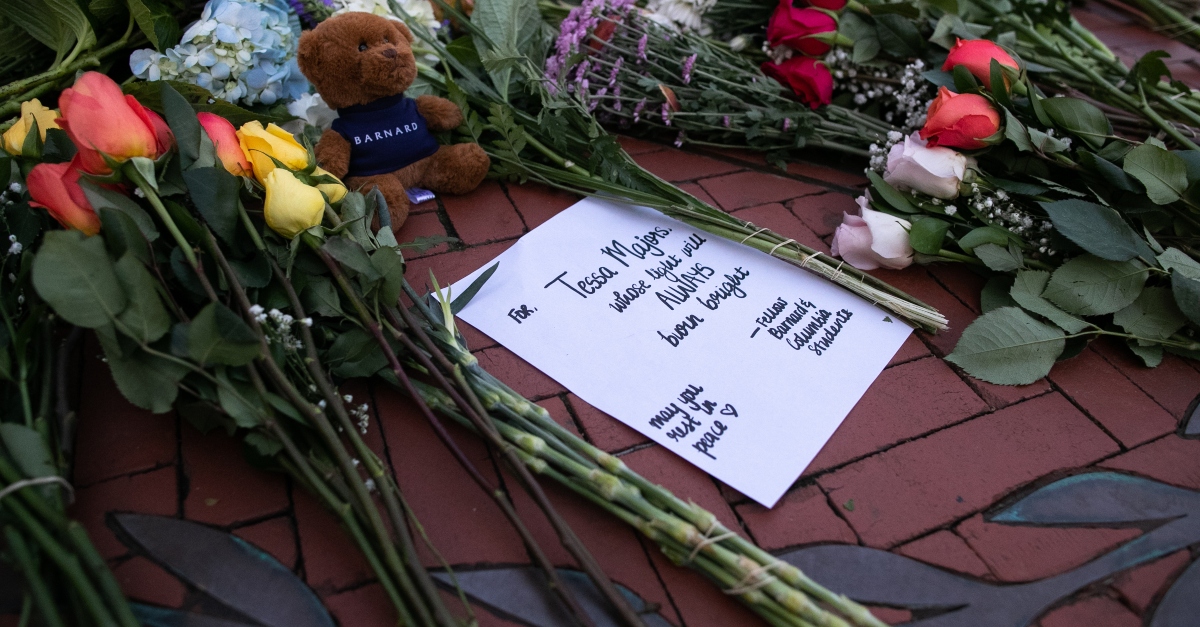 There’s been an arrest in the stabbing murder of a Barnard College student in Manhattan, New York.

A 13-year-old boy has been arrested and charged with second-degree murder, robbery, and a weapons charge after 18-year-old Tessa Majors was stabbed to death blocks away from campus, senior law enforcement sources told NBC News.

A 13-year-old suspect has been arrested after the fatal stabbing of 18-year-old college freshman Tessa Rane Majors just blocks from her Manhattan campus, a source says https://t.co/CNUxuj52c8 pic.twitter.com/yZyp7Fkvt9

The victim was stabbed to death Wednesday evening at Morningside Park, police said. NYPD Chief of Detectives Rodney Harrison said that several individuals robbed her, and there was a struggle. One of the suspect stabbed her several times, he said.

“She staggered her way up the street,” he said. “One of the security guards saw her and called 911.”

Majors was pronounced dead at a hospital. Authorities suggest there were one to three suspects.

The defendant was not identified. The boy did not confess to the murder, but did implicate himself, according to an official speaking with The New York Times.

“The close-knit community at Barnard College is in shock right now,” New York Mayor Bill de Blasio said after Majors’ death was reported. “We’ve lost a young woman full of potential in a senseless act of violence. I want every student and every member of faculty to know your city will be with you in the days ahead.”

We are increasing the NYPD’s presence in the area IMMEDIATELY. We will keep this community safe, arrest the perpetrators and ensure NOTHING like this can happen again.