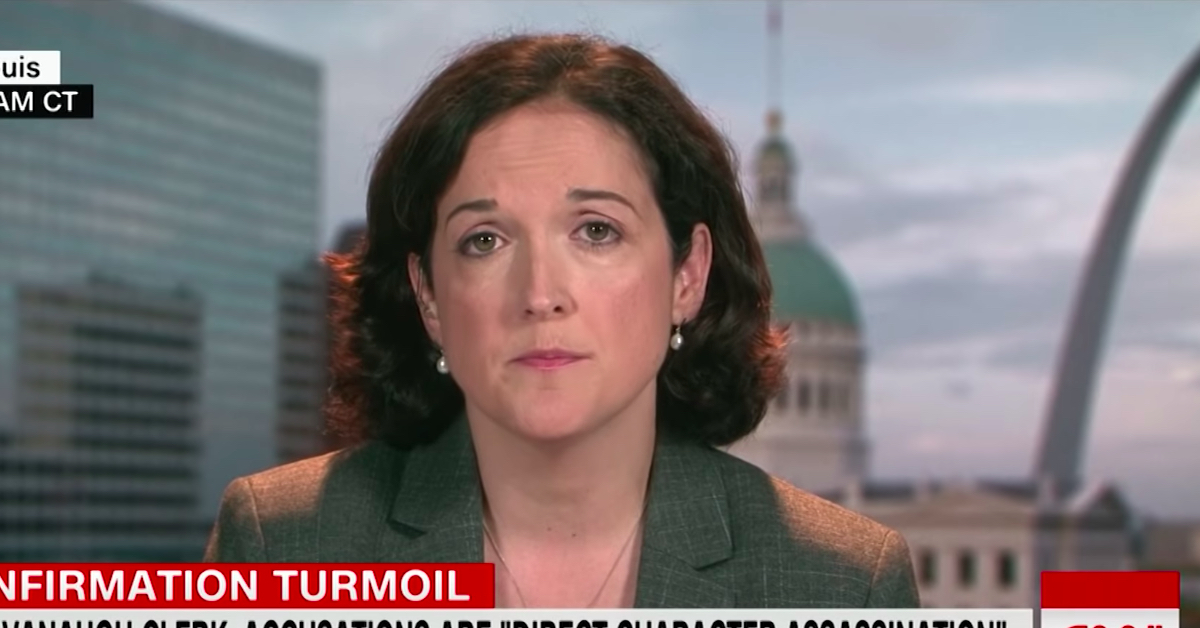 Republicans in the U.S. Senate on Wednesday confirmed Sarah Pitlyk to a lifetime appointment as a federal judge in the Eastern District of Missouri. The 49-44 vote was largely split down party-lines, with every Democrat voting against the nominee and every Republican for Pitlyk — except for Sen. Susan Collins (R-Maine).

Pitlyk joins the more than 160 federal judicial nominees to be confirmed under President Donald Trump. She was regarded by some to be one of Trump’s most controversial choices to date, primarily due to her opposition to women’s reproductive rights.

The former law clerk to now-Supreme Court Justice Brett Kavanaugh is staunchly opposed not only to abortion, but to medical fertility treatments and surrogacy as well.

When pressed on her views at her confirmation hearing in the Senate, Pitlyk replied, “I stand in a long line of other people who have sat at this table who have had history in advocacy, or in an issue-related advocacy, or in politics and who have become very distinguished jurists.”

In a 2017 friend of the court brief, the Yale Law graduate argued that gestational surrogacy (in which a fertilized egg is transferred to a surrogate female who carries the baby to term) would have “grave effects” on American society, particularly to mothers and children, claiming it promoted the exploitation of females and weakened the “appropriate social mores against eugenic abortion.”

She is currently employed as special counselor to the Thomas More Society, a conservative pro-life law firm in Chicago whose website describes the organization as a “not-for-profit national public interest law firm dedicated to restoring respect in law for life, family, and religious liberty.”

Thomas More Society Executive Vice President and General Counsel Andrew Bath released a statement in response to the news that Pitlyk was confirmed to the federal bench.

“Ms. Pitlyk is a towering intellect, a supremely capable lawyer, and a strong Constitutional conservative. She’s done terrific legal work over the years on some of the Thomas More Society’s biggest cases, and that, together with her service as a law clerk for now U.S. Supreme Court Justice Brett Kavanaugh has prepared her well for her time on the bench,” Bath said. “Sarah Pitlyk will be a fair and wise federal judge who will bring honor and distinction to the federal judiciary and make the president who nominated her and the Senate that confirmed her proud.”

Pitlyk received a rating of “not qualified” by the American Bar Association, which reasoned that Pitlyk lacked the relevant trial and litigation experience to properly perform in the role.

In a statement regarding Pitlyk’s confirmation, Sen. Collins said Pitlyk’s lack of experience and “pattern of strident advocacy” called into question whether the nominee would be able to set aside her views on abortion.

“After a careful review of the Judiciary Committee proceedings and Ms. Pitlyk’s legal practice, I have concluded that she does not have sufficient experience to receive a federal district court appointment,” Collins said.

Similar to the ABA, Collins also took issue with Pitlyk’s lack of professional experience, noting her “lack of trial experience would make it difficult for her to transition to a district court judgeship.”

“My concern is not based on Ms. Pitlyk’s personal views on abortion or various medical decisions, which she has every right to hold. I do question, however, given her pattern of strident advocacy, whether she could put aside her personal views on these matters,” Collins concluded.

Pitlyk went on cable news to defend Kavanaugh during the contentious confirmation hearings of 2018.