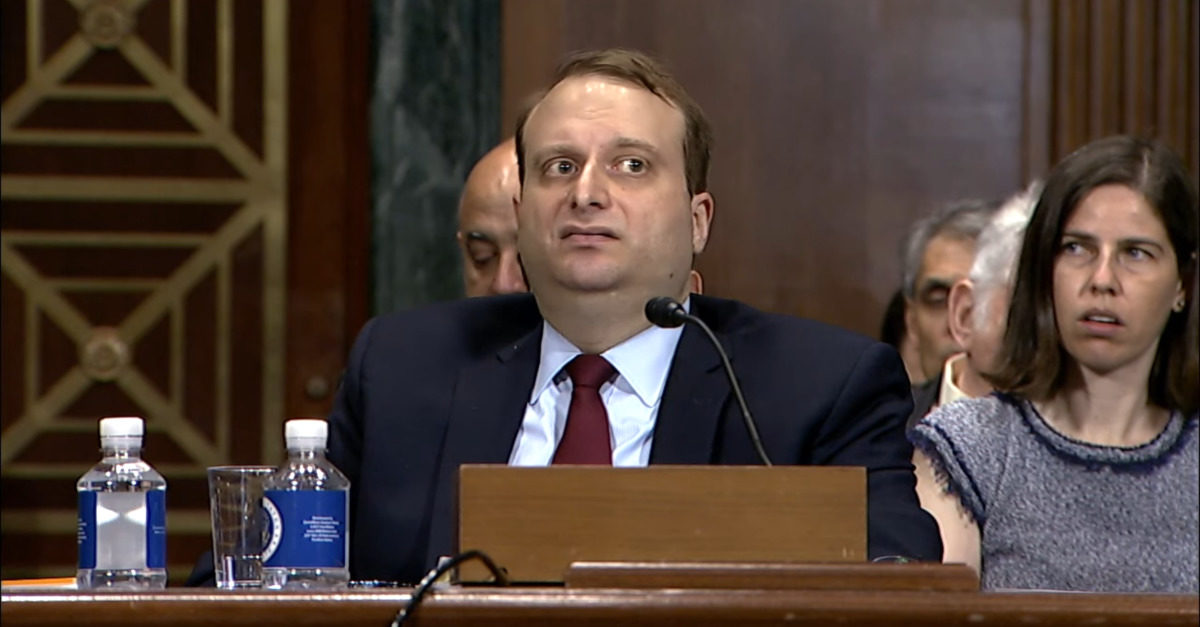 The U.S. Senate on Thursday confirmed Steven Menashi to a lifetime appointment on the Second Circuit Court of Appeals, overcoming strong opposition from Democrats and lukewarm support from several conservatives. The addition of Menashi to the Second Circuit will flip the traditionally liberal-leaning New York-based to majority-Republican court for the first time in decades.

After the Senate voted on Wednesday to limit further debate on his nomination, the controversial Menashi was confirmed by Republicans in a 51-41 vote. Sen. Susan Collins (R-Maine) was the only Republican to join Democrats in voting against Menashi’s confirmation.

Menashi was heavily criticized last month for refusing to answer questions during his confirmation hearing, and for his checkered history on dealing with issues of race, religion, gender, and LGTBQ rights.

He was also roundly chastised this summer, particularly among Democrats, for a 2010 law review article he authored titled “Ethnonationalism and Liberal Democracy,” in which he argued that “ethnonationalism remains a common and accepted feature of liberal democracy that is consistent with current state practice and international law.”

Before being elevated to the federal judiciary, Menashi served as Acting General Counsel at the Department of Education under Education Secretary Betsy DeVos. He became the Special Assistant to the President and Senior Associate Counsel to the President in September of 2018.

The New York Times reported last week that during his time DeVos’s general counsel, Menashi was the architect of an effort to deny debt relief to thousands of students who had been scammed by for-profit colleges. A federal judge later ruled that the plan, which used private Social Security data earnings data of the cheated students, violated federal privacy laws.

Prior to joining the public sector, Menashi was a partner in the New York City law office of Kirkland & Ellis and a research fellow at the New York University School of Law.

Top Senate Democrat Chuck Schumer (D-N.Y.) said Menashi was “one of the most contemptible nominees to come before the Senate” in 20 years.