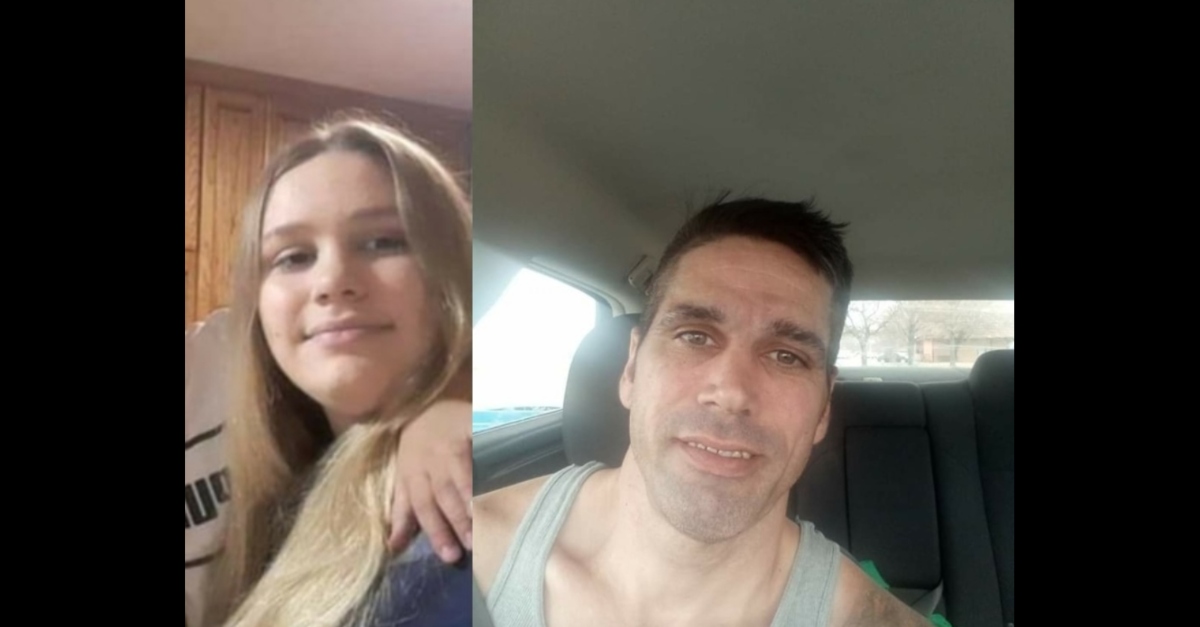 Update – 9:06 p.m.: The suspect was arrested in Mineral Wells, Texas, and the child found safe. Our original article is below.

Texas authorities just put out an AMBER Alert for a 14-year-old girl they say was kidnapped by her non-custodial, sex offender father.

Lexus Gray was last seen Wednesday in the city of Point. Authorities say she is believed to be with Justin Shaun Gray, 40. The Rains County Sheriff’s Office said Justin Gray attacked the girl’s mother, and chased her with a knife. He left the area with Lexus on foot. They were believed to be in the Mesquite or Dallas area as of Friday.

“The suspect is known to be dangerous and wanted,” authorities said. They noted he is a registered sex offender facing a parole violation warrant. He was convicted in May 2009 of sexually assaulting a 16-year-old girl.

She is described as a white, blonde, and with hazel eyes. She stands 5’6″, weighs 160 pounds, and has a nose piercing. Suspect Justin Gray is white, has black hair, and has hazel eyes. He stands 6’1″, and weighs 201 pounds.

Public Information Officer Ken Cagle told Law&Crime that this case was trickier than usual because authorities did not have a vehicle description, as the Grays left on foot. He said they are working on leads, with help from other agencies, including the Texas Rangers. Anyone with information is asked to call the Rains County Sheriff’s Office at (903) 473-3181, or 911 (presumably if you’re in the Rains County area).

Online records viewed by Law&Crime show that Justin Gray was in the middle of a 15-year mandatory supervision as a part of his conviction. He was guilty of two counts of sexual assault of a child, and one count of indecency with a child – sexual contact.