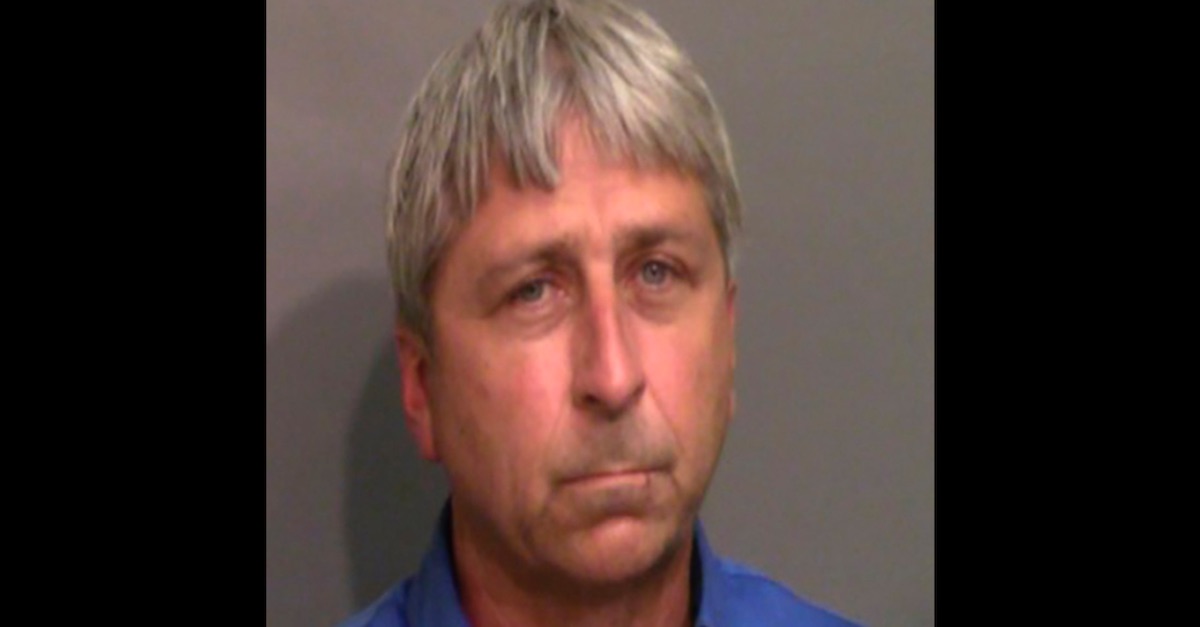 A 50-year-old Georgia man who said he was only a witness of 25-year-old Ahmaud Arbery’s shooting death was arrested for felony murder on Thursday. Glynn County authorities have now released William “Roddie” Bryan’s mugshot.

“On May 21, 2020, the GBI arrested William “Roddie” Bryan Jr., age 50, on charges of Felony Murder & Criminal Attempt to Commit False Imprisonment,” authorities announced. “These charges stem from the February 23, 2020 incident that resulted in the death of Ahmaud Arbery. He will be booked into the Glynn County Jail.”

And booked he was. Bryan was the man who recorded the video of the Arbery shooting which initially led to the arrests of Gregory McMichael, 64, and Travis McMichael, 34. The May 5 leak of the video itself by a defense attorney named Alan Tucker was controversial.

“It wasn’t two men with a Confederate flag in the back of a truck going down the road and shooting a jogger in the back,” Tucker said at the time. “It got the truth out there as to what you could see.”

“My purpose was not to exonerate them or convict them,” he added.

The video filmed by Bryan shows that he was following Arbery as he ran down the street in Brunswick, Georgia. While the camera was rolling, the McMichaels confronted Arbery and the shooting followed. It took the release of the video months later for authorities to pursue arrests.

Gregory McMichael allegedly said he and his son Travis suspected Arbery in a series of burglaries. Arbery’s family said he was jogging. The McMichaels allegedly said Arbery grabbed Travis’s shotgun and it fired twice. Authorities now say this was felony murder:

(c) A person also commits the offense of murder when, in the commission of a felony, he causes the death of another human being irrespective of malice.

Eleven days ago, the Department of Justice announced that it was examining whether hate crime charges were appropriate in this case. Arbery’s family and their lawyers say he was an unarmed black man shot to death while jogging down a street in the Deep South. The men charged with murder in his death are white.

“The evidence says that he went from his home, according to his attorney, and minutes later he was in his truck following Ahmaud Arbery, who was a jogger in his neighborhood, around,” Merritt told CNN. “He recorded Ahmaud. The evidence indicates that he blocked Ahmaud with his truck and allowed two other men to ambush and kill him.”

Bryan’s attorney Kevin Gough maintained his client’s innocence even when there weren’t any charges against him.

Gough said his client “is not now, and has never been, more than a witness to the shooting.”

“He is not a vigilante. Roddie did not participate in the horrific killing of this young man. Mr. Bryan has committed no crime, and bears no criminal responsibility in the death of Ahmaud Arbery,” the attorney added.

Laura Hogue, a lawyer for Gregory McMichael, said the facts will come out in court.

“Given the daily onslaught over the last several weeks of new information — some credible, some not so credible — you must also know how much work there still is to be done,” Hogue said. “But significantly, we know several other critically important facts. Those facts point to a very different narrative than the one that brings you all here today. Those facts will be revealed where all facts that matter are revealed: in a courtroom.”

Bryan and the McMichaels are currently locked up in the Glynn County jail.