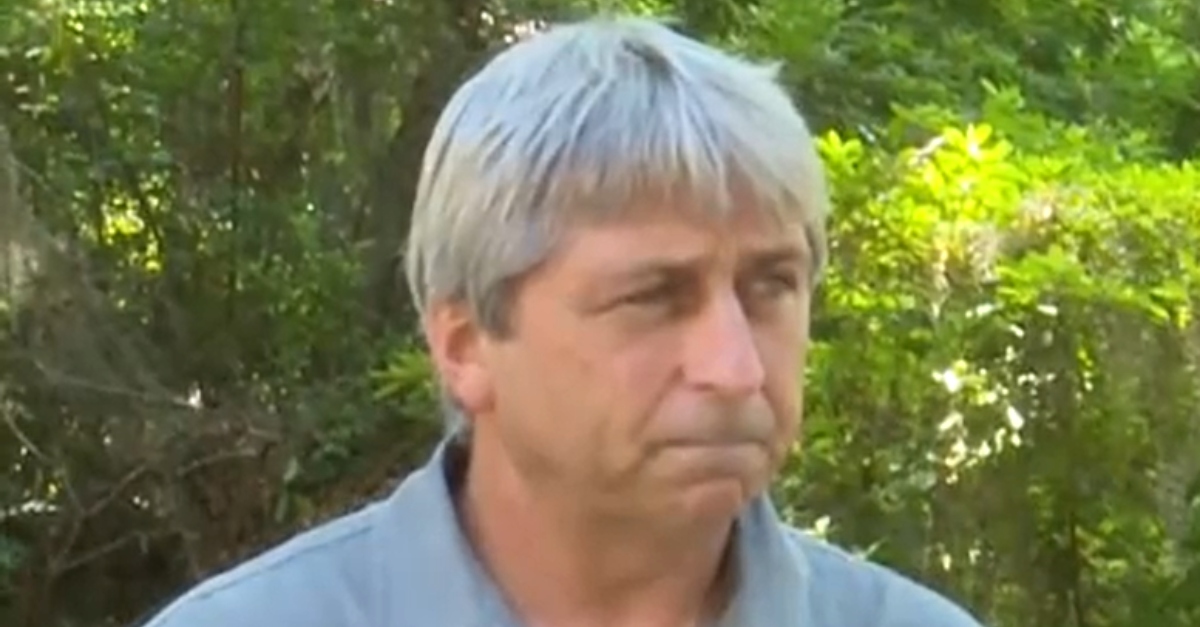 There’s been another arrest in the shooting death of 25-year-old Ahmaud Arbery. William “Roddie” Bryan Jr., 50, was arrested Thursday. He is charged with felony murder and criminal attempt to commit false imprisonment, according to The Georgia Bureau of Investigation.

Arbery was shot and killed February 23 in Brunswick, Georgia during a confrontation with local men Gregory McMichael, 64, and son Travis McMichael, 34. The elder defendant allegedly told cops they suspected Arbery in a series of burglaries. There were no immediate arrests. The first two district attorneys in the case stepped aside because of conflicts of interest originating from the fact that Gregory McMichael used to be an investigator for the first prosecutor’s office. Leaked video, however, spurred outcry. It appeared to show that the defendants instigated the confrontation with Arbery. The alleged victim’s family said he was jogging.

“A person commits the offense of false imprisonment when, in violation of the personal liberty of another, he arrests, confines, or detains such person without legal authority.”
GA Code § 16-5-41 (2018).

S. Lee Merritt, an attorney for Arbery’s mother Wanda Cooper-Jones, called for the arrest of Bryan, saying his actions contributed to the death of her son.

“The evidence says that he went from his home, according to his attorney, and minutes later he was in his truck following Ahmaud Arbery, who was a jogger in his neighborhood, around,” Merritt told CNN. “He recorded Ahmaud. The evidence indicates that he blocked Ahmaud with his truck and allowed two other men to ambush and kill him.”

Kevin Gough, an attorney for Bryan, maintained his client’s innocence even when there weren’t any charges against him.

The so-called “lie detector” test is pointless since it’s inadmissible in court, but worth mentioning because it details the defense narrative.

Attorneys for the McMichaels have maintained their innocence.

“Given the daily onslaught over the last several weeks of new information — some credible, some not so credible — you must also know how much work there still is to be done,” attorney Laura Hogue, one of the lawyers who represents Gregory McMichael, said in a press conference on Friday, according to CBS News. “But significantly, we know several other critically important facts. Those facts point to a very different narrative than the one that brings you all here today. Those facts will be revealed where all facts that matter are revealed: in a courtroom.”