One of the Jersey City Shooting Suspects Made Anti-Semitic, Anti-Police Posts: Report 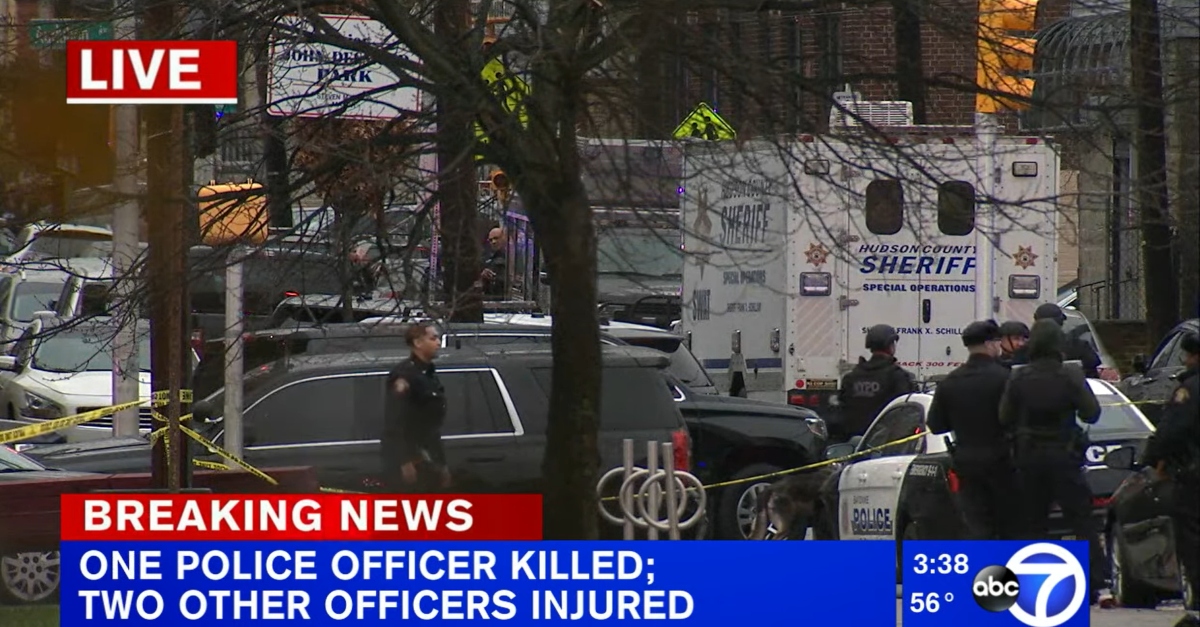 One of the suspects in a fatal gunfight in Jersey City, New Jersey on Tuesday had published anti-Semitic and anti-police posts online, according to a law enforcement source for The New York Times. A live pipe bomb was found inside the suspects’ van, this person said. That source and another official familiar with the case reportedly said that authorities also found a manifesto-style note in the vehicle.

Six people died amid a deadly shootout in Jersey City: the two suspects, an officer identified as Detective Joseph Seals, and three bystanders. Initial reporting had it that Seals was killed at the nearby Bay View Cemetery. The suspects went to the J.C. Kosher Supermarket, from where they had a standoff with police, officials said.

Jersey City Mayor Steven Fulop said Tuesday night that it appeared from the evidence that the suspects “targeted” the store.

Based on our initial investigation (which is ongoing) we now believe the active shooters targeted the location they attacked. Due to an excess of caution the community may see additional police resources in the days/weeks ahead. We have no indication there are any further threats

He did not suggest a motive, but added Wednesday morning that an “extensive review” of surveillance footage backed up his suggestion.

and prevented the perpetrators from leaving that location and harming any further civilians. At this time we have no credible further threats from this incident but out of an abundance of caution we will be increasing our police presence in the community.

Joseph Seals, 40-year-old, husband, father of five children, and a 15-year veteran of the Jersey City Police Department, according to USA Today. He was shot and killed while on duty at Bay View Cemetery, Jersey City Police Commissioner Michael Kelly said.