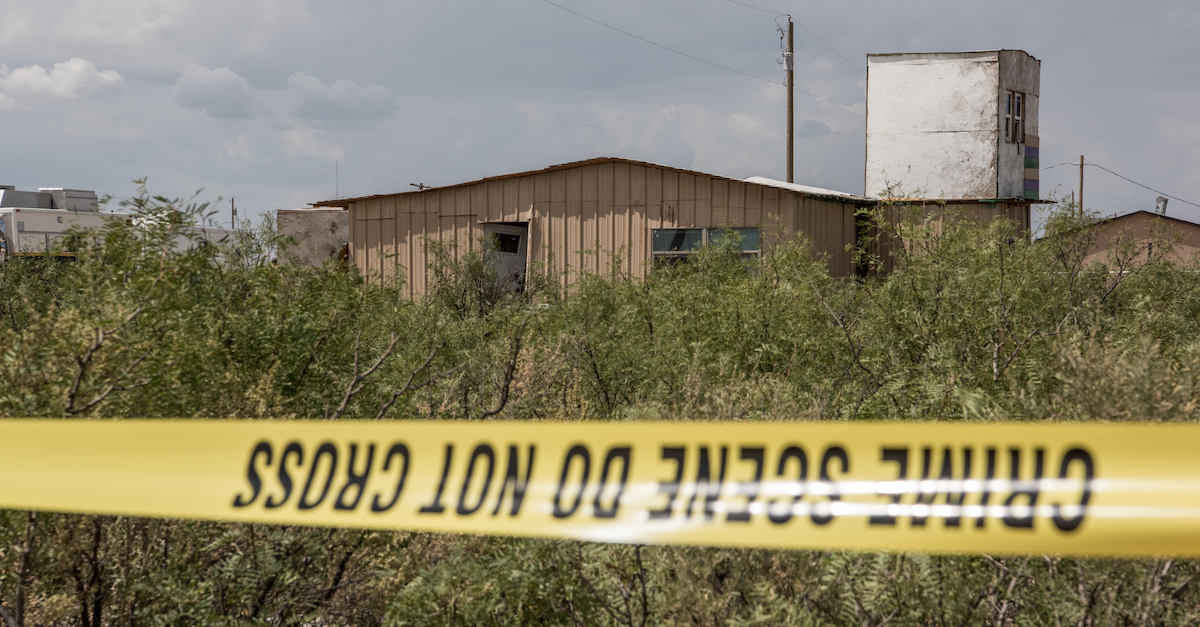 Texas Gov. Greg Abbott (R) on Monday said that the shooter who killed seven people and left 22 injured in Odessa and Midland, Texas, had previously failed a background check while attempting to purchase a gun in the state; he also had a criminal history. A “rambling” Seth Aaron Ator, 36, even called the local police department and the FBI to report the details of an altercation with his employer that led to his termination just minutes before he began his shooting spree, according to the Texas Tribune.

“Not only did the Odessa gunman have a criminal history…he also previously failed a gun purchase background check in Texas & he didn’t go thru a background check for the gun he used in Odessa. We must keep guns out of criminals’ hands,” Gov. Abbott tweeted, along with a link to news article from The Statesman.

According to The Statesman, public records available through the Texas Department of Public Safety showed that the shooter was arrested in August of 2001, when he was 18 years old, and charged with evading arrest and criminal trespass. He later pleaded guilty to the charges, both of which are Class B misdemeanors, and received deferred sentences for each in 2002.

While the reason Ator failed his previous background check is not known at this time, it should be noted that his criminal convictions did not proscribe his from owning a firearm, as only those convicted of felonies or domestic violence misdemeanors are barred from legally purchasing a gun in the state of Texas.

Also on Monday, the Texas Tribune reported that Odessa Police Chief Michael Gerke said the shooter called 911 and the FBI’s tip line after he and his boss got into a verbal altercation at the oilfield services company where he was employed. The call was fielded by FBI Special Agent Christopher Collins, who described the gunman as “rambling,” but not threatening. Despite that assessment, however, Ator began his rampage a mere 15 minutes after the call ended, opening fire on two Texas Public Safety troopers who had pulled him over for a routine traffic violation.

One of the shooter’s neighbors has come forward to say that she once called the police when Ator showed up at her front door with a rifle. Police reportedly couldn’t find his address on GPS.