New York Is Going After Opioid Makers for Billions of Dollars, Cites ‘Diabolical’ and ‘Brazen’ Scheme 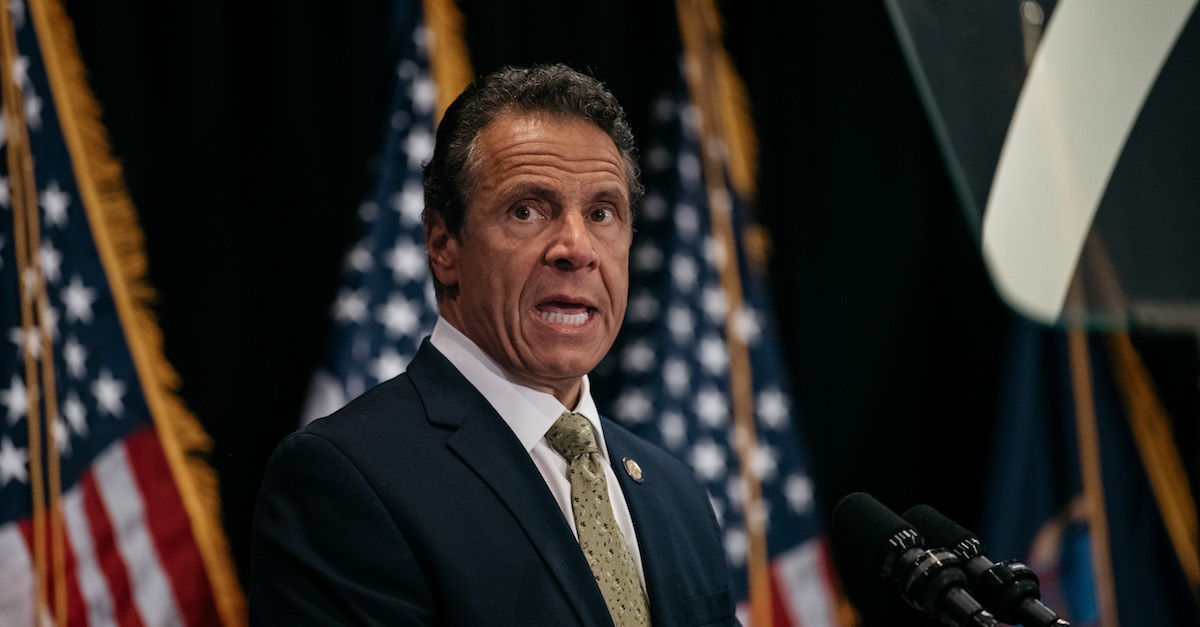 New York Gov. Andrew Cuomo (D) on Tuesday announced that the Department of Financial Services (DFS) will be going after opioid makers, distributors and pharmacy benefit managers for the purpose of collecting upwards of $2 billion in fines.

Cuomo said that he has “seen a number of schemes and frauds, but the opioid scheme is as diabolical, as brazen, as obnoxious and as offensive as anything I’ve seen.”

“These drug companies knew what they were doing. It was not accidental — it was an industry-wide conspiracy. The damage they have caused has been immeasurable — it has cost thousands of human lives and billions of dollars, and they have gotten away with it for decades,” he continued. “These drug companies are not going to get away with murder, and we are taking a series of actions to ensure that they don’t.”

New York state officials say that the DFS believes consumers overpaid $2 billion in insurance premiums in the last decade, and that this was because opioid companies misrepresented the “safety and efficacy of opioids,” resulting in over-prescribing of the powerful drugs and the numerous effects of the crisis.

The move represents the latest state action against drug makers, distributors et al. for perpetuating the opioid crisis. It comes on the heels of a recent high-profile $572 million loss in court for Johnson & Johnson. That court case seemingly motivated the Sackler family, the owners of Purdue Pharma, to negotiate a massive settlement on 2,000-plus opioid lawsuits. The reported settlement number was $10-$12 billion.

The Cuomo announcement included a list of manufacturers that have DFS has subpoenaed. Johnson & Johnson, Purdue Pharma, the Sacklers, Mallinckrodt, Janssen Pharmaceuticals, Allergan Finance LLC, and Teva Pharmaceuticals were among the entities and individuals listed, plus many more. Aetna Health Management, Caremark PCS Health, Express Scripts, and DST Pharmacy Solutions were a few of the pharmacy benefit managers hit with subpoenas.