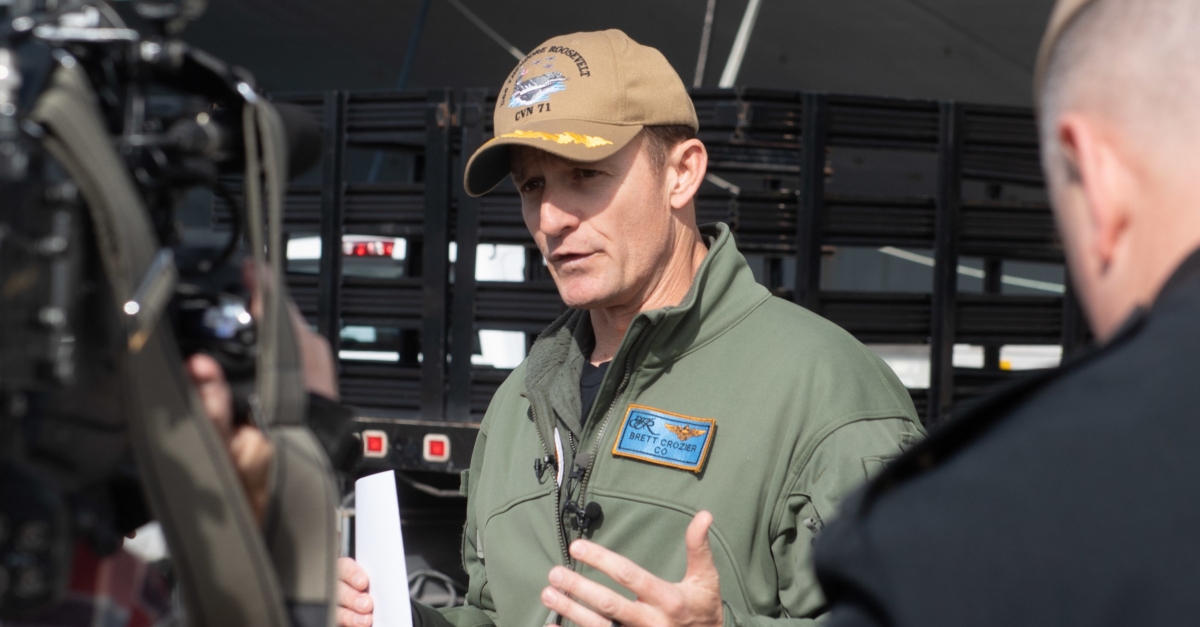 That’s it for Navy Capt. Brett Crozier as commanding officer of the USS Theodore Roosevelt. The military branch is upholding Crozier’s firing after he sounded the alarm on COVID-19. In addition, the Navy is holding up the promotion of the senior officer onboard, Rear Admiral Stu Baker.

Politico cited “two people familiar with the findings” in their report. ABC News cited a “U.S. official and a congressional aide” in theirs; the official announcement was expected to happen at a Pentagon briefing later Friday.

(Bloomberg) — The Navy won’t return the ousted captain of the USS Theodore Roosevelt to the aircraft carrier that was hit hard by the coronavirus, according to two people familiar with the service’s decision.

Crozier was originally fired by former acting Navy Secretary Thomas Modly for sounding the alarm about the novel coronavirus in a letter that was obtained and published by the San Francisco Chronicle. In the controversial missive, Crozier demanded on-shore quarantine rooms for his crew. Modly fired Crozier, then went out of his way to fly the aircraft carrier and put down Crozier during a poorly received speech to the sailors. He called the captain’s letter a “betrayal” of trust, and shouldn’t have sent a “non-secure” email to a “broad array of people.”

Modly resigned after his speech was met with intense backlash. At first, it looked like Crozier might get his job back after an initial investigation, but Acting Navy Secretary James McPherson ordered a new investigation of the Navy’s response.