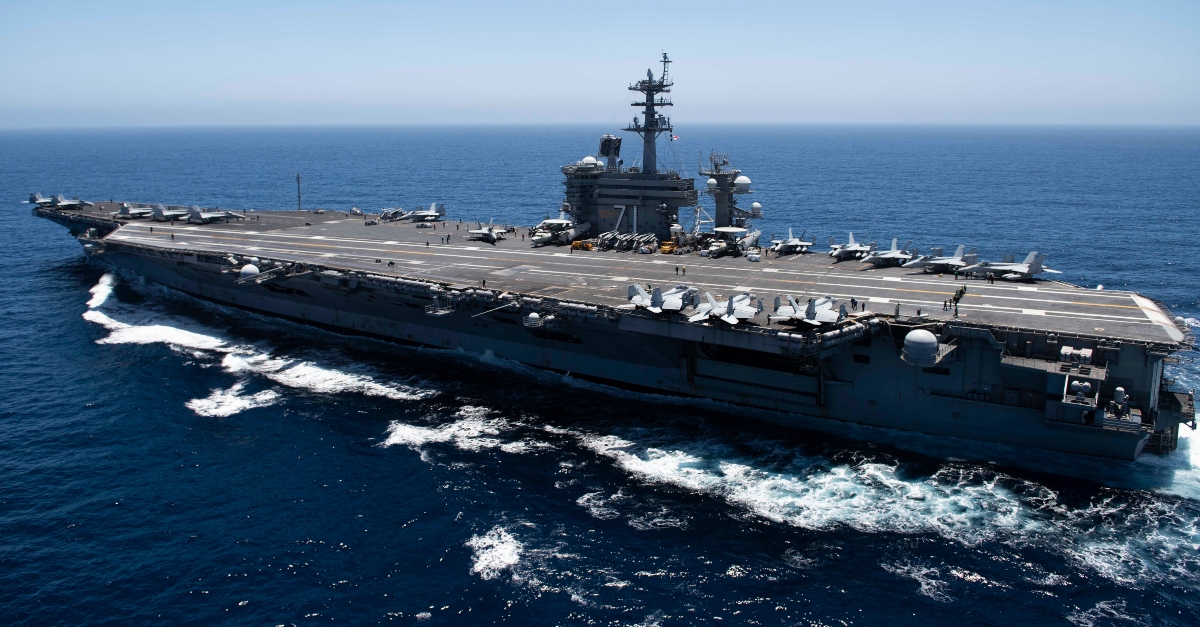 It looked like Navy Capt. Brett Crozier could’ve been returning to command the USS Theodore Roosevelt, but that decision is up in the air even more than it was before. Acting Navy Secretary James McPherson is ordering a new investigation into the Navy’s response around the outbreak on the aircraft carrier, according to Stars and Stripes.

Crozier had been fired by former acting Secretary Thomas Modly for sounding the alarm in a letter that was obtained and published by the San Francisco Chronicle. The captain asked for on-shore quarantine rooms for his entire crew ASAP. He acknowledged that this looked like an “extraordinary measure,” but called it necessary. Modly not only canned him, but went to the aircraft carrier to badmouth him in a poorly received speech to the sailors.

Well, Modly ended up resigning amid the fallout from the speech. Now McPherson is ordering a new investigation to follow-up on the one ordered by his predecessor.

“Following our discussion, I have unanswered questions that the preliminary inquiry has identified and that can only be answered by a deeper review,” he wrote in a letter addressed to Navy Chief of Naval Operations, Admiral Mike Gilday.

This new probe would develop at “a more fulsome understanding of the sequence of events, actions, and decisions of the chain of command surrounding the outbreak aboard USS Theodore Roosevelt,” McPherson wrote.

This effectively delays Crozier’s possible reinstatement to command the ship after Navy officials recommended his return. But Defense Secretary Mark T. Esper was never in a rush. He asked on Friday for more time to make that decision, according to The New York Times.