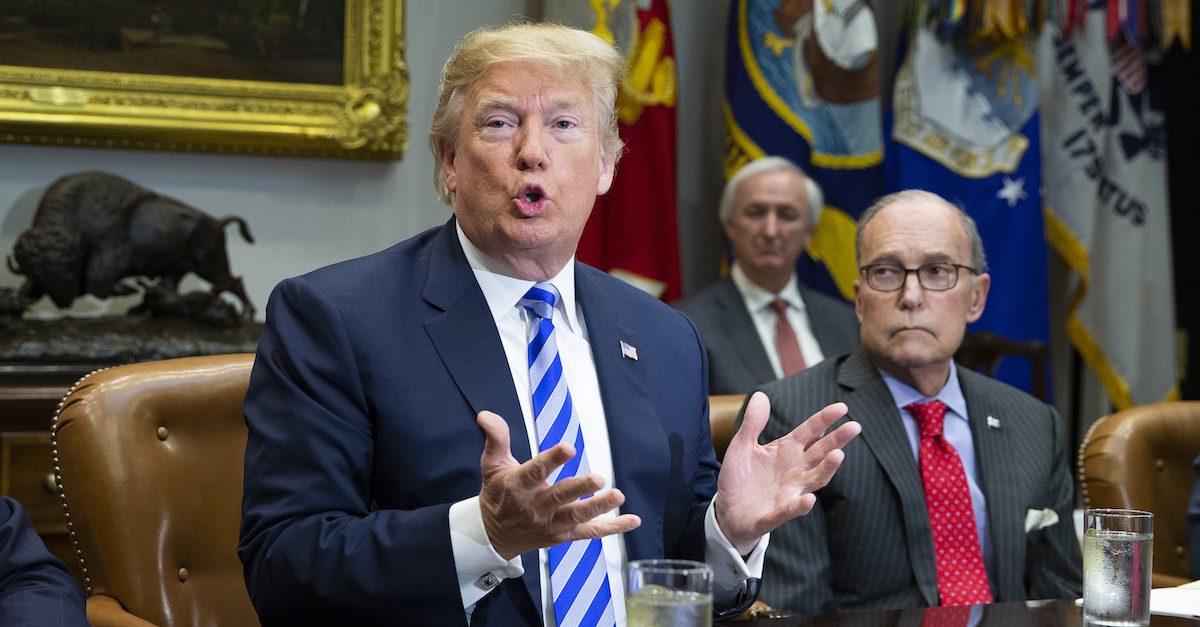 A federal appeals court on Tuesday temporarily rolled back the nationwide injunction preventing the Trump Administration’s asylum ban – requiring any migrants passing through Central America to seek asylum in one the nations they pass through before applying in the U.S. from taking effect.

In response to a “Renewed Emergency Motion” submitted by the Justice Department, the Ninth Circuit Court of Appeals issued an administrative order granting the government’s request to stay the nationwide injunction put in place Monday night by U.S. District Court Judge Jon Tigar of California. Tigar reasoned that a nationwide injunction was necessary because of the need to “maintain uniform immigration policy.”

Following Tuesday’s ruling, the administration’s asylum ban will take effect everywhere outside the Ninth Circuit’s jurisdiction – which includes border states Arizona and California, as well as Guam, Idaho Hawaii, Montana, Nevada, Oregon, and Washington – until the appeals court is able to reach a decision on the merits of the case.

This marked the second time that a nationwide injunction against the administration’s asylum ban was granted by Tigar, only to be overturned by the appeals court. Tigar, an appointee of President Barack Obama, first halted the policy in July, saying the injunction “would vindicate the public’s interest — which our existing immigration laws clearly articulate — in ensuring that we do not deliver aliens into the hands of their persecutors.”

Tigar reinstated the injunction Monday evening after opponents of the asylum ban presented the court with new evidence.