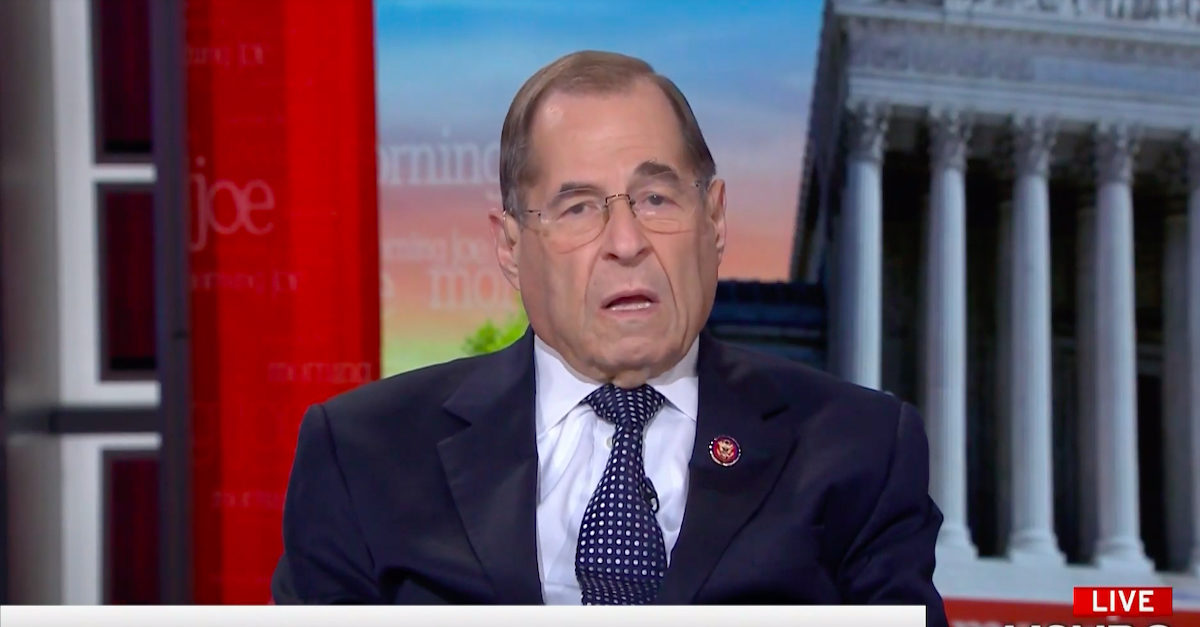 While appearing on MSNBC’s Morning Joe, Nadler suggested that former special counsel Robert Mueller’s testimony before the House Intelligence and Judiciary Committees served as a critical juncture for lawmakers previously on the fence about impeachment.

Nadler, who referred to the news coverage of Mueller’s testimony as “ridiculous,” and likened the media’s reaction to that of “theater critics,” said he believed the testimony was in fact an “inflection point” for lawmakers, noting that a majority of his caucus currently favor impeaching the president.

“The President and the Attorney General especially, continually lied to the American people and continually said the Mueller investigation totally exonerated the President and showed no collusion and no obstruction. All three of those statements are flat out lies,” Nadler said Monday morning.

“The report showed substantial evidence that the President engaged in multiple acts of criminal obstruction of justice trying to shut down the investigation and divert it, that he lied to investigators, he lied to the public, and he told other people to lie to investigators. All of these things are very serious offenses.”

Nadler then spoke about the scope and purpose of his committee’s current inquiry into the actions of the President and his administration.

“We’ve gone to court to get the grand jury material. We’re going to court today or tomorrow to force [Don] McGahn to respect our subpoena and we will have public hearings where McGahn will say [what the President told him], and then we will see about the conclusions,” Nadler said.

When asked what the “calendar for impeachment” looked like, particularly given that any hearings on the matter would likely directly coincide with the 2020 Presidential election process, Nadler said that he would not allow such considerations to influence his committee’s actions.

“Well, the calendar is whatever it is. We can’t let the election calendar dictate,” Nadler said.

“We’ll have hearings in September and October with witnesses who are not dependent on the court proceedings and we’ll do it through the fall – and  if we decide to report articles of impeachment we could get to that in the latter part of the year.”