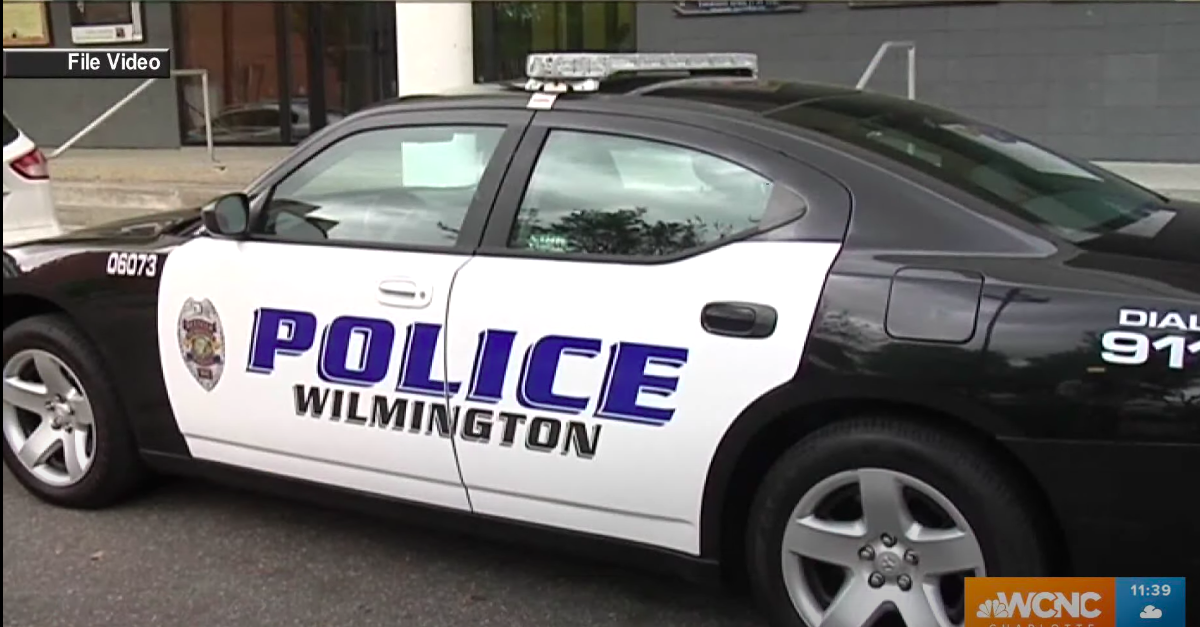 Three veteran police officers in North Carolina were fired after a malfunctioning dashboard camera accidentally recorded two conversations in which the former officers used vile and racist language to deride and threaten Black people at the peak of the Black Lives Matter protests spurred by the death of George Floyd, the Port City Daily reported Wednesday.

The officers’ conduct was only discovered after a vehicle’s interior camera began recording despite not being activated to capture an incident. The footage–which was labeled as an “accidental activation”—was reviewed on June 4 by a sergeant as part of a routine audit.

After fast-forwarding through the footage from Piner’s vehicle, much of which only showed his backseat, the sergeant came across conversations Piner had with Moore and Gilmore that were “extremely racist” in nature.

According to a police summary of Piner’s conversation with Moore obtained by the Port City Daily, “Moore began telling Piner about an arrest he had made at work the day before. During that conversation, Moore refers to the female as a ‘negro’ and a ‘n—-‘ on multiple occasions.”

Moore also referred to a Black magistrate judge as a “fucking negro magistrate.”

“At one point, Moore states, ‘she needed a bullet in her head right then and move on. Let’s move the body out of the way and keep going.’ Piner responds, ‘That’s what I have been trying to tell you,’” the summary stated.

The officers’ conversation then took an even more depraved turn, as the two began discussing an impending race-based civil war.

“Piner tells Moore later in the conversation that he feels a civil war is coming and he is ‘ready.’ Piner advised he is going to buy a new assault rifle in the next couple of weeks. A short time later Officer Piner began to discuss society being close to ‘martial law’ and soon ‘we are just gonna go out and start slaughtering them fucking n—–. I can’t wait. God, I can’t wait.’ Moore responded that he would not do that. Piner stated, ‘I am ready.’” according to the summary.

“Officer Piner then explained to Cpl. Moore that he felt society needed a civil war to ‘wipe ’em off the fucking map. That’ll put ’em back about four or five generations,’” the summary continued.

Piner’s conversation with Gilmore was also incredibly racist and derogatory.

Per the police summary, “Their conversation eventually turned to the topic of the protests against racism occurring across the nation. Piner tells Gilmore that the only thing this agency is concerned with ‘kneeling down with the black folks.’ Gilmore then said that he watched a video on social media about white people bowing down on their knees and ‘worshipping blacks.’”

The officers denied that they were racists.

This was the part of the story that got me. These North Carolina police officers actually denied being racist after saying they wanted to wipe black people off the map and that they’re ready for a race war to set black people back “4 or 5 generations” https://t.co/YXlWl3xvzV pic.twitter.com/vgpx0445A2

Chief Williams on Wednesday said he made the decision to release the information regarding why the officers were fired because “it is the right thing to do.”

“Normally, personnel laws allow only a very small amount of information to be made public. However, in exceptional cases, when it is essential to maintain public confidence in the administration of the City and the Police Department, more information may be released,” he said. “This is the most exceptional and difficult case I have encountered in my career.  We must establish new reforms for policing here at home and throughout this country.”

Williams said he also plans on consulting with the District Attorney’s Office regarding the officers being used as witnesses in cases and reviewing any previous cases they might have testified in to determine any bias that might have been exhibited.

Read the full police summary below: