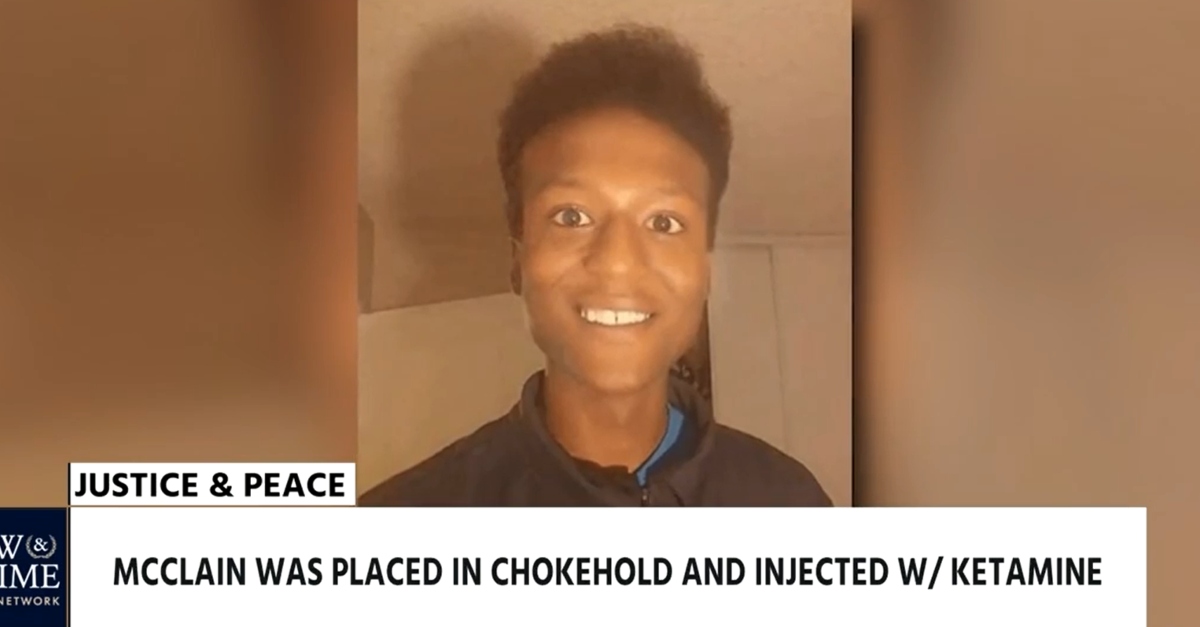 There are new calls for charges in the death of 23-year-old massage therapist Elijah McClain, but according to District Attorney Dave Young there is not enough evidence to support a homicide case.

“Elijah McClain’s death was both tragic and unnecessary,” said the prosecutor, who oversees state cases out of the 17th Judicial District in Colorado, in a statement obtained by CBS Denver. “Nevertheless, as set forth in the letter, my role in reviewing the evidence is limited to an assessment of whether criminal charges should be filed against any person involved in the death of Elijah McClain. The forensic evidence revealed that the cause of death was undetermined. Specifically, the pathologist who conducted the autopsy stated that he was unable to conclude that the actions of any law enforcement officer caused Mr. McClain’s death. In order to prove any form of homicide in the State of Colorado it is mandatory that the prosecution prove that the accused caused the death of the victim. For those reasons, it is my opinion that the evidence does not support the filing of homicide.”

McClain died after a violent encounter with Aurora police in Colorado on August 24, 2019. According to cops, they got a call about a suspicious man. In their story, they found McClain wearing a ski mask, and he wouldn’t stop walking. From officers:

The male resisted contact, a struggle ensued, and he was taken into custody. Due to the level of physical force applied while restraining the subject and his agitated mental state, officers requested Aurora Fire Rescue (AFR) and Falck Ambulance respond to render professional medical attention.

A sedative ketamine was administered by fire officials. McClain eventually began suffering cardiac arrest, and was later declared brain dead. He was taken off life support.

Police has used the carotid hold on him; the maneuver cuts off blood flow to the brain.

Others, including McClain’s family, said officers went over the line.

Sister Naomi McClain told Denver7 last yearthat her brother was wearing a ski mask because he had anemia, and he would get cold. She also cast doubt on whether her brother would’ve heard police approach him in the first place.

“I know he was listening to music,” she said.

As heard on body came video, McClain pleaded with them, denied any wrongdoing, and said he couldn’t breathe.

DA Young took issued with “media outlets” reporting that that he “cleared the officers involved in Elijah McClain’s death of any wrongdoing.” But he asserted that that’s false, and didn’t accurately portray his role as district attorney. His job is review see if the evidence supports a criminal allegation.

“That review is limited to a determination of whether the evidence supports the filing of a criminal charge under Colorado law,” he said. “The standard of proof for filing a criminal case is whether there is sufficient evidence to prove any violation of law beyond a reasonable doubt. This review process is the same for any individual suspected of crime, whether a civilian or a law enforcement officer.”

Young voiced sympathy for McClain, but here’s the bottom line: the prosecutor said there’s not enough evidence to prove there was a crime.

“Furthermore, although I may not agree with the officers’ actions in this incident, in order to prove a crime, the evidence must demonstrate beyond a reasonable doubt that the force used was not justified,” he said. “In this context, the legal question of ‘justification’ is based on whether the involved officers held a reasonable belief that the use of force was necessary. Based on the evidence and the law applicable at the time of Mr. McClain’s death, the prosecution cannot disprove the officers’ reasonable belief in the necessity to use force. Based on the facts and evidence of this investigation I cannot prove beyond a reasonable doubt that the officers involved in this incident were not justified in their actions based on what they knew at the time of this incident.”