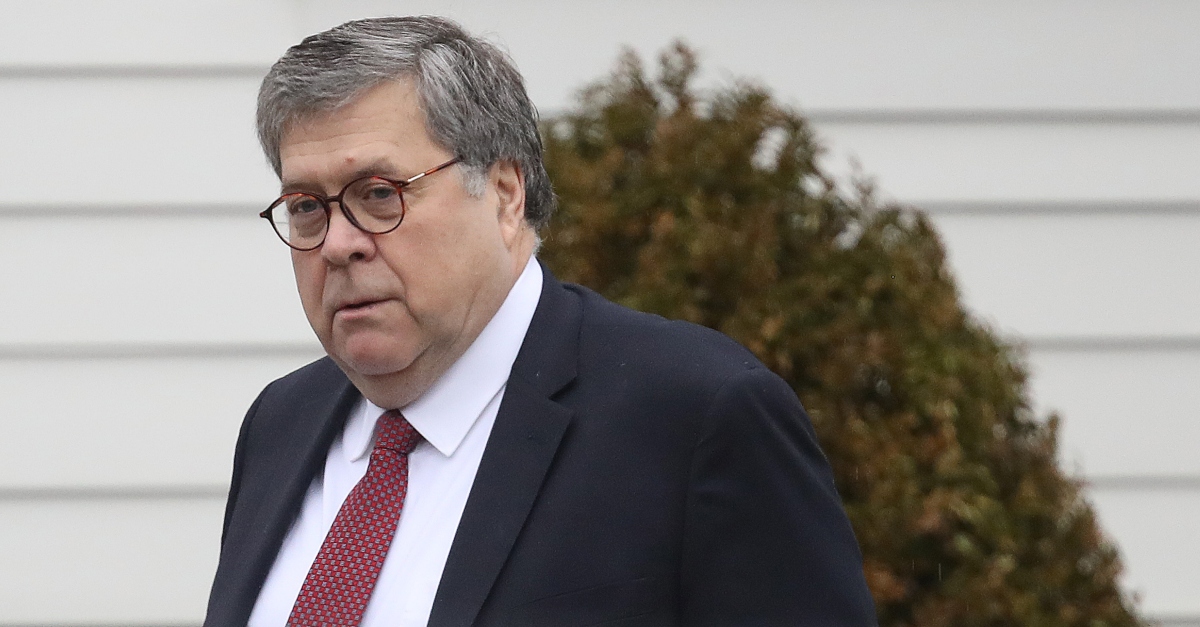 Now that Attorney General William Barr has released a redacted version of Special Counsel Robert Mueller‘s report, one thing that is worth discussing is how the report’s summary compares to the 4-page letter Barr submitted to Congress summarizing the report’s findings. Barr was criticized by Democrats for selectively quoting Mueller’s report but mostly using his own words, instead of simply using Mueller’s own executive summary.

Now that we have the report, let’s take a look at the similarities and differences.

When it comes to Russian election interference, Barr’s letter said:

The Special Counsel’s investigation did not find that the Trump campaign or anyone associated with it conspired or coordinated with Russia in its efforts to influence the 2016 U.S. presidential election.

Barr said that this was “despite multiple offers from Russian-affiliated individuals to assist the Trump campaign.”

Compare this to the Mueller report’s summary, which said:

Although the investigation established that the Russian government perceived it would benefit from a Trump presidency and worked to secure that outcome, and that the campaign expected it would benefit electorally from information stolen and released through Russian efforts, the investigation did not establish that members of the Trump campaign conspired or coordinated with the Russian government in its election interference activities.

While Mueller’s version includes the part about the Trump campaign expecting to benefit from Russian actions, the conclusion remains the same: there was no conspiracy or coordination between the campaign and Russia.

It gets arguably more interesting when it comes to obstruction. In his letter, Barr said that Mueller “did not draw a conclusion — one way or the other — as to whether the examined conduct constituted obstruction.” He said this was because Mueller “ultimately determined not to make a traditional prosecutorial judgment.”

Barr’s letter went on to say:

Instead, for each of the relevant actions investigated, the report sets out evidence on both sides of the question and leaves unresolved what the Special Counsel views as “difficult issues” of law and fact concerning whether the President’s actions and intent could be viewed as obstruction. The Special Counsel states that “while this report does not conclude that the President committed a crime, it also does not exonerate him.”

Barr went on to say that Mueller’s decision left the obstruction call to him, and that he and Deputy Attorney General Rod Rosenstein determined that the evidence was insufficient for an obstruction of justice case against Trump.

The report indeed does not make a determination regarding obstruction, as Barr said, but the full context of the quote Barr used says a lot more than Barr’s letter. The conclusion of the executive summary for obstruction states:

Because we determined not to make a traditional prosecutorial judgment, we did not draw ultimate conclusions about the President’s conduct. The evidence we obtained about the president’s actions and intent presents difficult issues that would need to be resolved if we were making a traditional prosecutorial judgment. At the same time, if we had confidence after a thorough investigation of the facts that the President clearly did not commit obstruction of justice, we would so state. Based on the facts and the applicable legal standards, we are unable to reach that judgment. Accordingly, while this report does not conclude that the President committed a crime, it also does not exonerate him.

That’s much different from what Barr said, because Mueller didn’t say he would not have drawn a conclusion no matter what. He said that if he reached the conclusion that there was no obstruction, he would have said so. As it turned out, it was too close to call.

The summary notes that the standard for obstruction of justice, which requires that a person act “corruptly,” is “a demanding standard.” The body of the report provides factual and legal analysis of various instances that raised concerns of obstruction, with Mueller indicating that some instances may have had the effect of impeding an investigation. Whether Trump acted within his constitutional authority or had the requisite corrupt intent were issues that made it difficult to determine if crimes had been committed.

So did Barr accurately represent the report in his letter? Sort of. The bottom line conclusions were accurate, but some of the details of the report appear more damaging than people were led to believe.