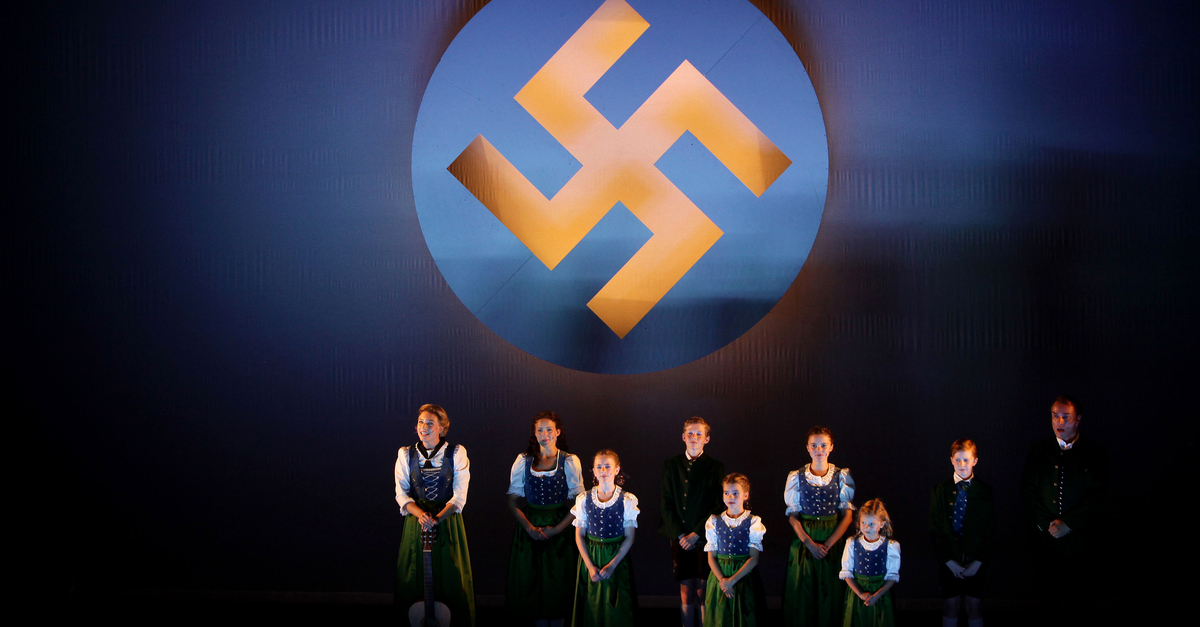 Just when you thought this day couldn’t get weirder, it seems that the Marine Corps band played “Edelweiss” as the White House press corps waited for the Mueller Report to drop.

“Edelweiss” was being played as we walked into the @WhiteHouse

The irony wasn’t lost on many of the reporters.

Does…anyone at that White House understand the significance of that song? https://t.co/IK9h8fOwNj

Twitter immediately imploded as users debated whether the White House meant the selection as some sort of Nazi-salute, or rather, signified an anti-Nazi message.

How do multiple “blue checkmarks” not know that ‘Edelweiss’ is a Rogers & Hammerstein song from a decidedly anti-Nazi musical? Seriously, does their pop culture knowledge not extend past streaming TV and ‘Hamilton’? https://t.co/LXhPXTjkw3

I’m not following this at all. Edelweiss was written by Rodgers and Hammerstein, two Jewish Americans, for a character expressing love of his homeland in the face of Nazi aggression. #soundofmusic

For the record, “Edelweiss” is a song from the famous Rodgers and Hammerstein musical The Sound of Music. It was written by the famed showtune duo for the 1959 Broadway production, and named for a white flower found in the Alps (where the show is set). In the musical, “Edelweiss” is a fictional folk song, sung by the von Trapp family as they subtly sing what amounts of a declaration of loyalty to their native Austria in the face of pressure to ally with Nazi Germany.

In other words, it’s definitely an anti-Nazi song. But there’s more. “Edelweiss” is also the theme song of the Prime Original series The Man in the High Castle – a dystopian drama set in an America that lost World War II to fascism. Take a listen below, and be prepared. It’s creepy.

For those of you who aren’t fans of @HighCastleTV, the show is about an alternate United States if the Nazis won World War II. “Edelweiss” is the song in the opening credits and it’s creepy AF. pic.twitter.com/21LJ7A9ez9

In her piece, ‘Edelweiss’: An American Song for Global Dystopia, The Atlantic writer Megan Garber analyzed the very fitting use of Edelweiss in the dark political drama, writing that the song celebrates political dissent. Garber quoted from the original Playbill notes from The Sound of Music, that the song, “ represented the indomitable spirit of the Austrians under Nazi control,” and remarked that in modern usage, “it represents the American version of the same thing.”

Whether the White House meant Thursday’s performance to be an anthem of nationalism or an elegy to doomed patriotism is tough to say. Perhaps the White House event planners simply like showtunes. Only one thing is clear: refrains of Edelweiss will always evoke images of Nazis. If choosing selections to play while waiting for an independent counsel’s report on a sitting president’s wrongdoing, I’d suggest something more fitting, such as Luck Be a Lady or Gee, Officer Krupke.