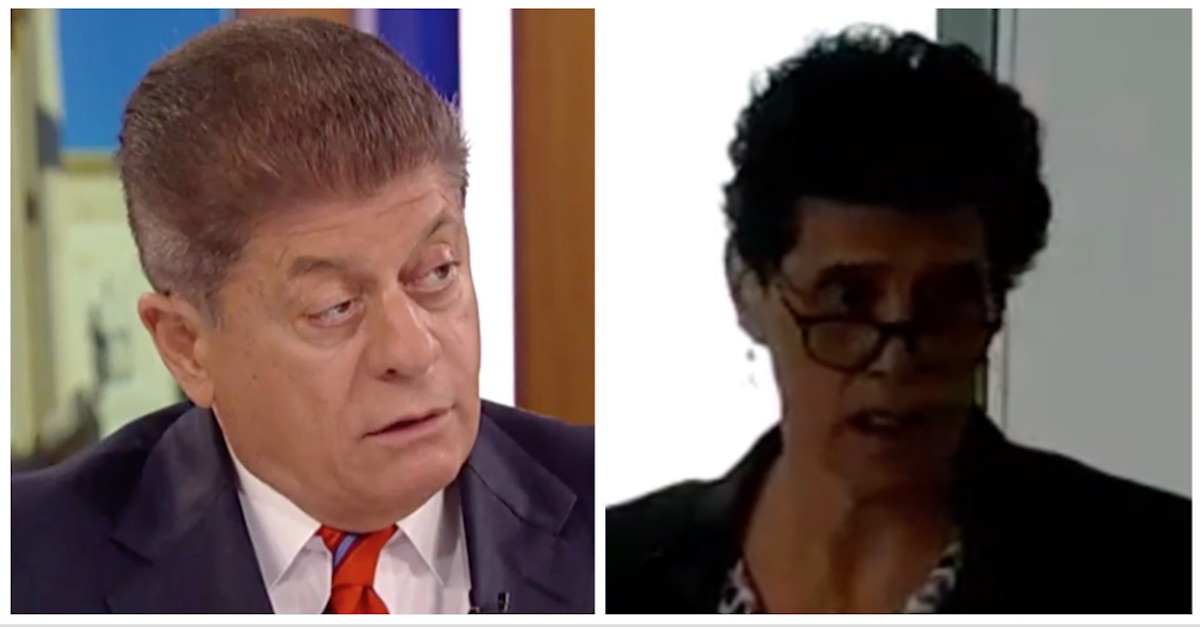 One of the lawyers who represented Dr. Christine Blasey Ford during the Brett Kavanaugh confirmation hearings of 2018 made remarks back in April that are now garnering scrutiny. Debra Katz, when speaking at a Feminist Legal Theory Conference at the University of Baltimore, said that “part of what motivated Christine” was making sure that when Kavanaugh “takes a scalpel to Roe v. Wade, we will know who he is — we know his character and we know what motivates him.”

“He will always have an asterisk next to his name,” Katz said.

Fox News Senior Judicial Analyst Andrew Napolitano responded to the video below on Thursday by expressing his surprise that Katz “would talk about the motivations of her client,” even going so far as to say that the remarks “appear[ed] to be a violation of the attorney/client privilege.”

“This is a very prominent and well-respected lawyer with very defined political views. I’m quite surprised that she would talk about the motivations of her client,” Napolitano said.

When Ford came forward, she said she believed it was her “civic duty” to do so. Katz, during a Sept. 2018 interview on the TODAY Show, was asked if the sexual assault allegations were politically motivated. Katz said no.

“I would say no one in their right mind would want to inject themselves in this process and face the kind of annihilation that she will be subjected to by those that want this nominee to go through,” Katz said. “This is not a politically motivated action. In fact, she was quite reluctant to come forward.”

Katz said that her client believed the allegations “bear on [Kavanaugh’s] character and his fitness” to sit on the Supreme Court.

Napolitano then floated the idea that Attorney General William Barr’s Department of Justice might be interested in taking a second look at this. Napolitano wondered aloud if Katz had revealed the true motivation behind allegations that Kavanaugh committed attempted rape in high school, as was alleged, or if Katz was simply saying “you know, we lost this, he is on the court. We don’t like him.”

“What’s the worst-case scenario here — did she make this whole story up? That would be perjury and probably conspiracy,” Napolitano said. “Others might have been involved. Does the Justice Department want to investigate this? Or is this just a lawyer saying ‘you know, we lost this, he is on the court. We don’t like him.'”

Despite the allegations, Kavanaugh went on to be confirmed to the Supreme Court by a vote of 50-48.

After the Daily Caller reported Wednesday on the video in question, a number of conservative news outlets said the video confirmed what Kavanaugh supporters had suspected all along: This was about Roe v. Wade.