Former Special Counsel Robert Mueller said something new on Wednesday morning when testifying before the House Judiciary Committee. In particular, he said that his Russia Report did “not exculpate” President Donald Trump of obstruction of justice. Merriam-Webster–you know, the dictionary–wasted no time explaining what this meant: “to be ‘exculpated’ is to be cleared from alleged fault or guilt.”

Mueller was responding to a request from House Judiciary Chairman Rep. Jerrold Nadler (D-N.Y.) to explain what he meant when he said “If we had confidence that the president did not commit a crime, we would have said so. Charging the President with a crime, therefore, was not an option we could consider.” Mueller confirmed that the report did not “totally exonerate” the president. But he also put that a different way: “The president was not exculpated for the acts that he allegedly committed.” 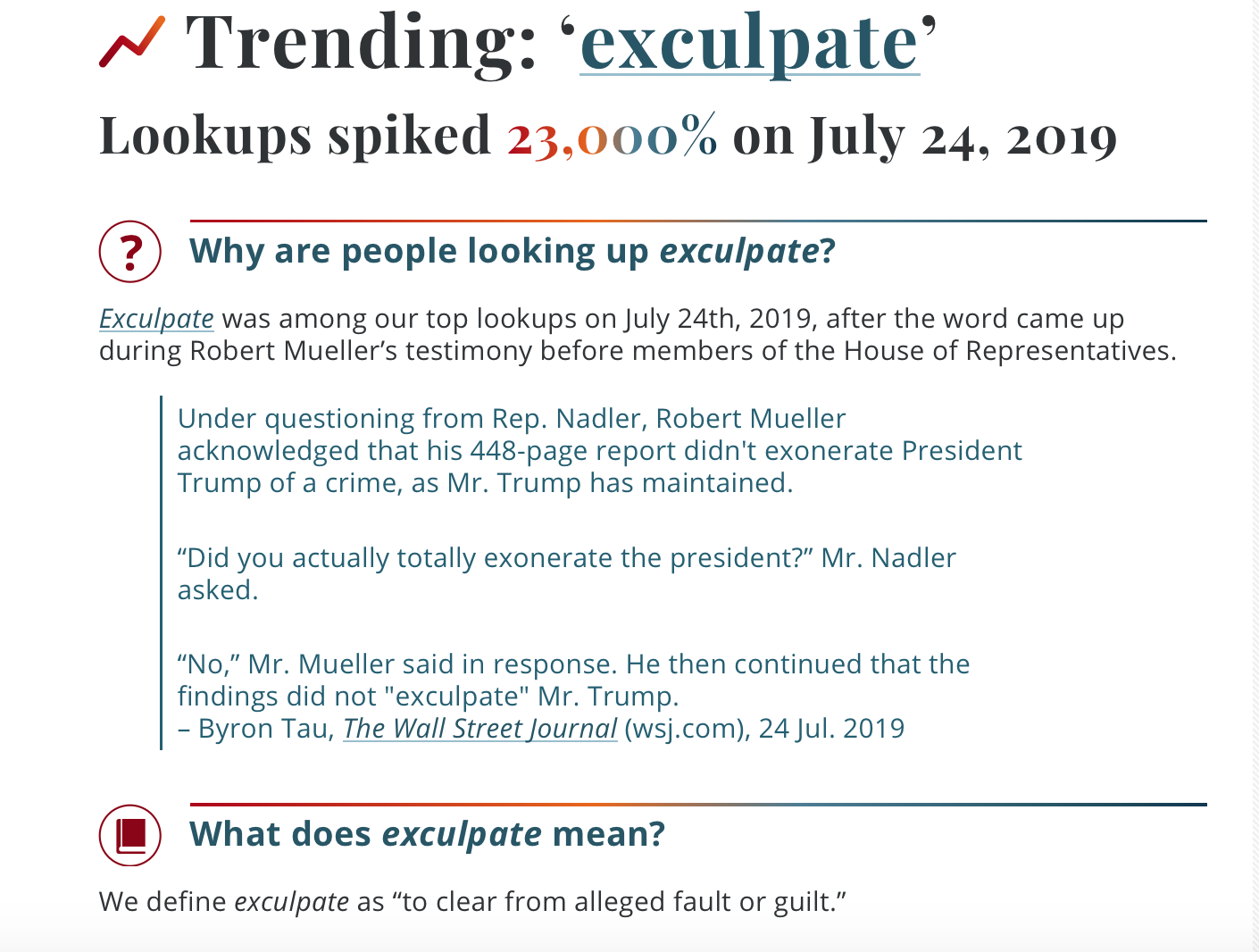 Here are some of the other words currently trending on the internet.

“Purview” (the word Mueller repeatedly used when he said a topic was not in his “purview” to discuss or address); nexus (the word used in reference to the elements of obstruction of justice [i.e., “an obstructive act, a nexus between the act and an official proceeding, and corrupt intent”]; patriot; loquacious; and obstruction of justice.