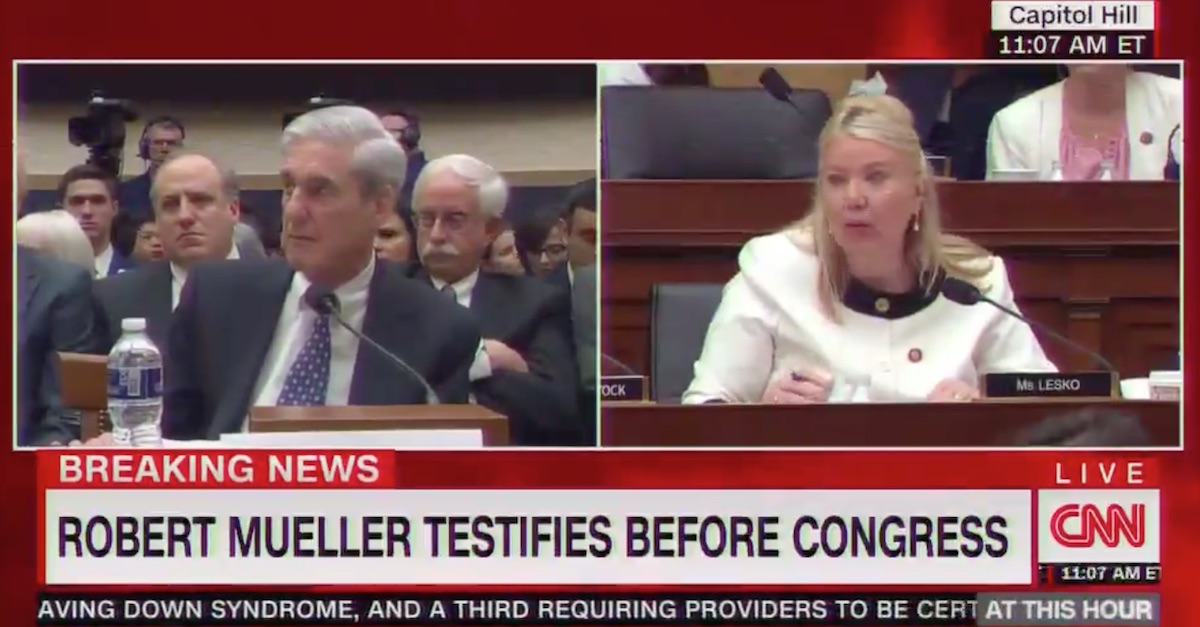 During her questioning of former FBI Director Robert Mueller, Rep. Debbie Lesko (R-Ariz.) suggested that Volume II of the Mueller Report–the volume detailing the obstruction of justice investigation of President Donald Trump–was biased. Her evidence? The number of times the New York Times and Washington Post were cited as compared to Fox News.

Lesko opened with a series of questions regarding Mueller’s decision not to indict President Trump. She then asked him whether or not he was able to complete his investigation unencumbered. Eventually, the line of questioning shifted to: So, how many times did you cite the Times and Post in your report?

He responded, again, “I have no idea.” Lesko said Fox News was only cited about 25 times and went on to say “it looks as though Volume II is mostly regurgitated press stories. Honestly, there’s almost nothing in Volume II that I couldn’t hear or know by having a $50 cable news subscription.”

Lesko went on to reference a footnote that addressed the report’s use of press clippings, which said that the press clip citations were meant to provide context to President Trump’s responses to the aforementioned news stories. Lesko said “nobody but lawyers reads footnotes” and asked if Mueller was “concerned that the American public took the embedded news stories at face value,” before being cut off due to a shortage of time.