Massachusetts Mayor Arrested for Second Time in a Year, Accused of ‘Brazen’ Corruption 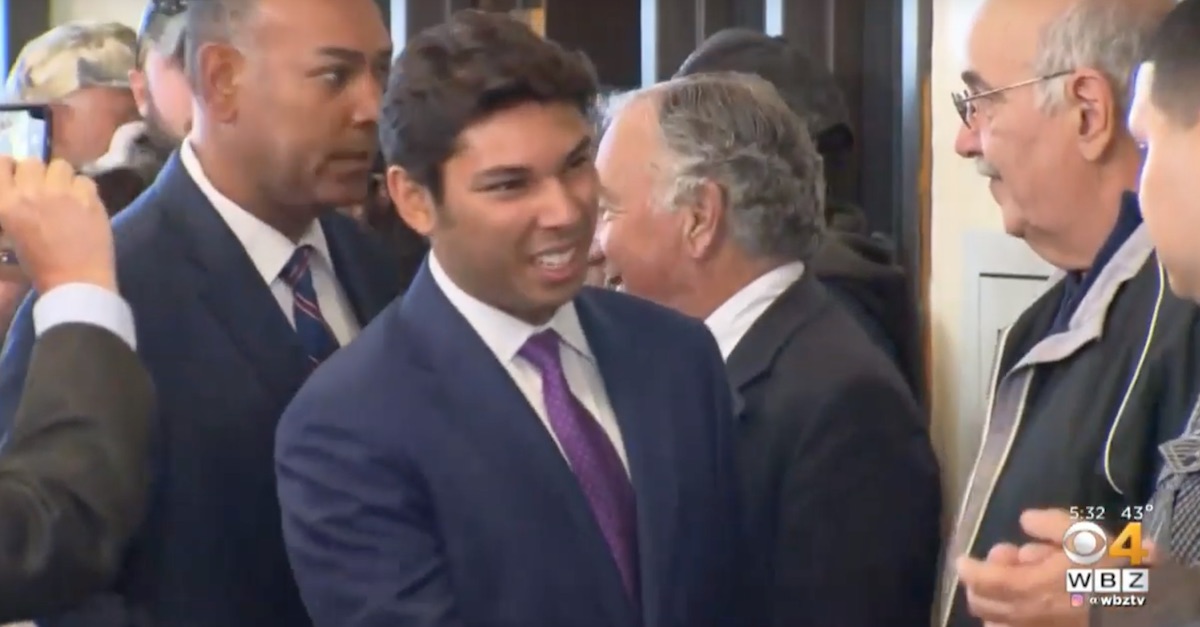 Jasiel Correia, the 27-year-old Democratic Mayor of Fall River in Massachusetts who was once thought to be a rising star, was arrested by the FBI at his home on Friday. Correia is accused of “outrageous” and “brazen” corruption in the form of extorting marijuana companies, CBS Boston reported. The plot was described as a pay-to-play conspiracy wherein marijuana companies were extorted to pay bribes that would allow them to operate in Fall River.

Fall River Mayor Jasiel Correia was arrested this morning by @FBIBoston IRS-CI & @HUDOIG special agents at his home. He’s accused of conspiring to extort hundreds of thousands of dollars in bribes from marijuana companies. Details to follow at 11 a.m. press conference @DMAnews1

Also arrested this morning was Genoveva Andrade, the former chief of staff to Fall River Mayor Jasiel Correia, on extortion and bribery charges. She was taken into custody in Boston by @FBIBoston IRS-CI & @HUDOIG special agents. More details at 11 a.m. press conference @DMAnews1

The FBI also announced the arrest of Correia’s former chief of staff, Genoveva Andrade. Andrade has also been charged for alleged extortion and bribery. Fall River is not far from the Massachusetts-Rhode Island border. It is about an hour drive away from Boston.

The U.S. Attorney’s Office accused Correia of turning his election office “into a personal ATM.”

“Despite Mayor Correia’s public assurances to the city of Fall River, based on today’s indictment, he has essentially run that town as a pay-to-play institution,” U.S. Attorney Andrew Lelling told the media. “If the allegations in today’s indictment are true, Mayor Correia has engaged in a outrageous, brazen campaign of corruption which turned his job into a personal ATM.”

Correia previously had to respond to a wire and tax fraud indictment. It’s the second time he’s been arrested within a year’s time.

During his address of the media at the time, a defiant Correia, when asked if he had plans to resign, said “absolutely not.” He denied the charges as alleged in the indictment. Correia previously survived a recall effort, instead winning re-election.

Correia was on track to run for re-election in November. It’s not clear if his latest arrest will change those plans.

Correia claimed the previous charges against him were “politically motivated”; he pleaded not guilty. He was arrested on those charges in October 2018.