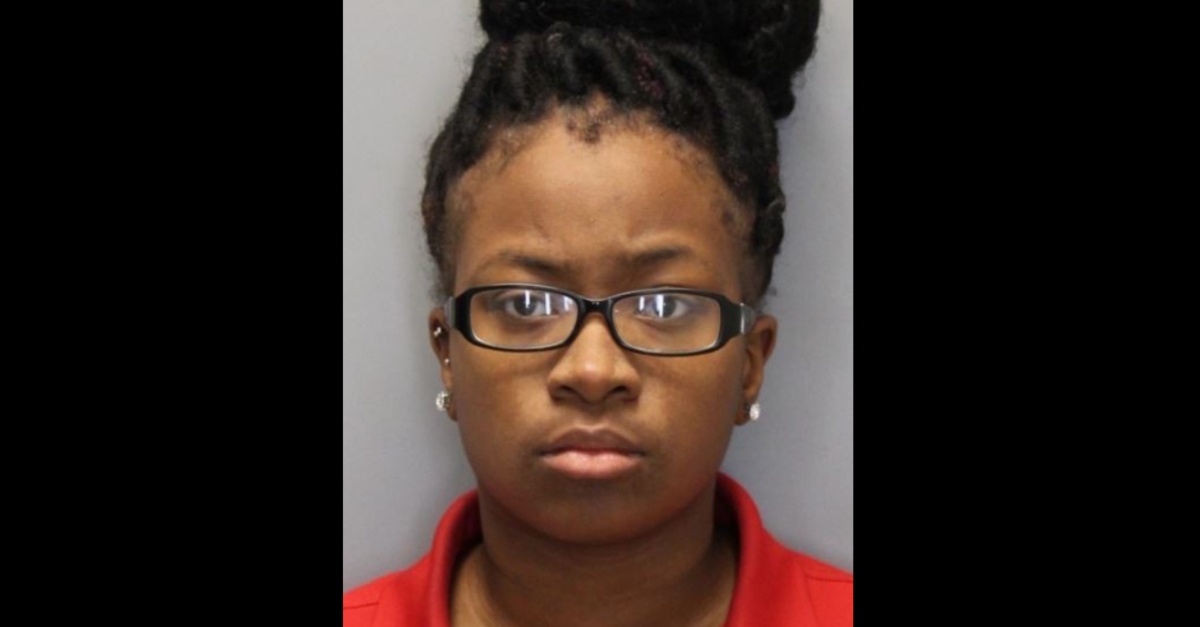 Dejoynay M. Ferguson, 19, is charged in Delaware with allegedly killing an infant girl who was crying. She faces a count of first-degree murder, according to state police.

Officers say that on authorities responded to the Little People Child Development Center in New Castle County on Thursday. The call was for an unresponsive 4-month-old, who ended up being declared dead at a hospital.

Ferguson, the child’s assigned caregiver, put her hands over the girl’s mouth and nose in order to restrict her breathing on purpose, investigators said. The defendant put the victim back in the crib after the girl became unresponsive. Ferguson told day care’s owner about the unresponsive girl about 20 minutes later, police said. A 911 call was made.

Surveillance footage is being used against Ferguson. Police say it shows her picking up the infant by the front of the shirt and putting her on a changing table, according to court documents obtained by Delaware Online. Wearing latex gloves, she allegedly held her hands on the girl’s face for over three minutes. The child didn’t move when she took her hands from the face, authorities claim.

According to cops, the defendant told them she seized the girl by the shirt because the infant was “fussy” and didn’t stop crying.

Little People Development Center’s childcare license was suspended indefinitely over the ongoing investigation, cops said. Ferguson was arraigned, and sent to the Dolores J. Baylor Women’s Correctional Institution in lieu of $1,000,000 cash bail, officers said. Records show she remains there as of Friday morning. It’s unclear if she has an attorney in this matter.