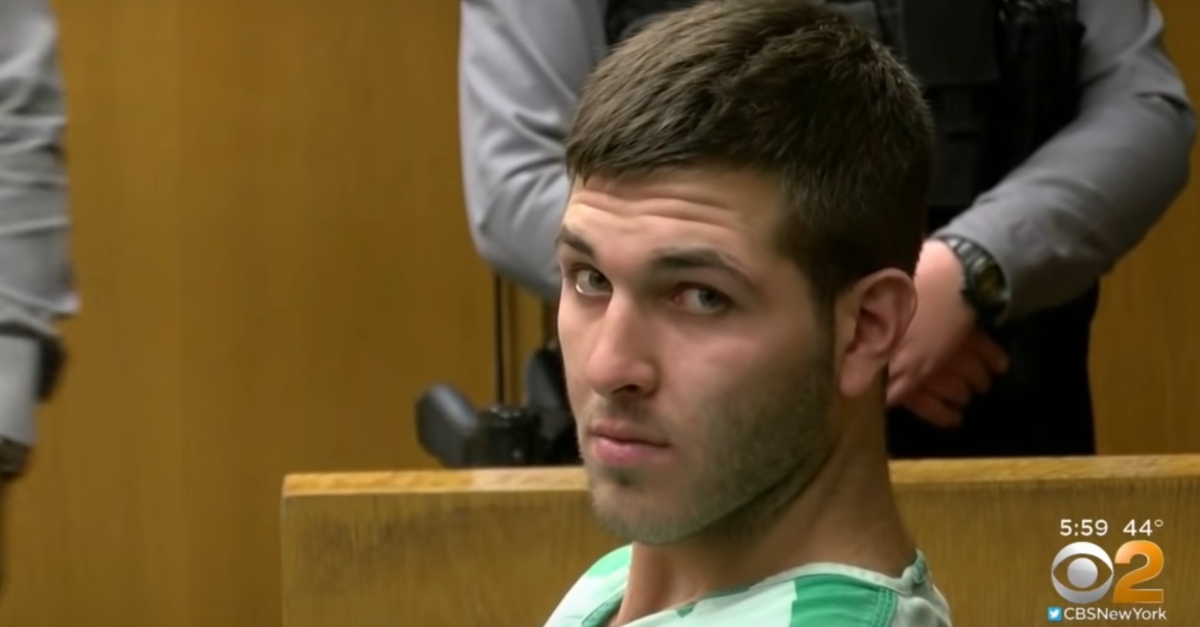 The defense for Anthony Comello, 24, admits he killed Gambino crime family boss Francesco “Franky Boy” Cali last March in Staten Island, New York, but they’re planning to argue that he is not guilty by reason of mental defect. He thought that the victim belonged to the so-called “deep state.”

“He ardently believed that Francesco Cali, a boss in the Gambino crime family, was a prominent member of the deep state, and, accordingly, an appropriate target for a citizen’s arrest,” attorney Robert C. Gottlieb in a motion filed Friday, according to The New York Times.

Back in March, Comello appeared in court with “MAGA forever,” “United We Stand” and apparent QAnon conspiracy theory messages on his hand. At the time, Gottlieb vaguely implicated White House and internet rhetoric for his client’s behavior, but it wasn’t immediately clear how that tied into the unrelated murder of Cali. Now we’re getting a better picture of the defense’s argument.

Comello was an ardent Trump supporter by all accounts, but this crossed into an outright delusion, said his defense. He bought into the groundless QAnon conspiracy theory, according to the filing. This was more than just a belief.

“Mr. Comello’s support for ‘QAnon’ went beyond mere participation in a radical political organization,” said Gottlieb. “It evolved into a delusional obsession.”

It’s unclear why, but for some reason Comello supposedly starting thinking of Cali or the Gambino crime family as belonging to the deep state. In any case, the defendant targeted the victim for citizen’s arrest; Comello brought handcuffs to apprehend Cali, but the crime boss resisted, said the defense. According to Gottlieb, Cali reached toward his waistband and Comello shot the victim 10 times out of fear.