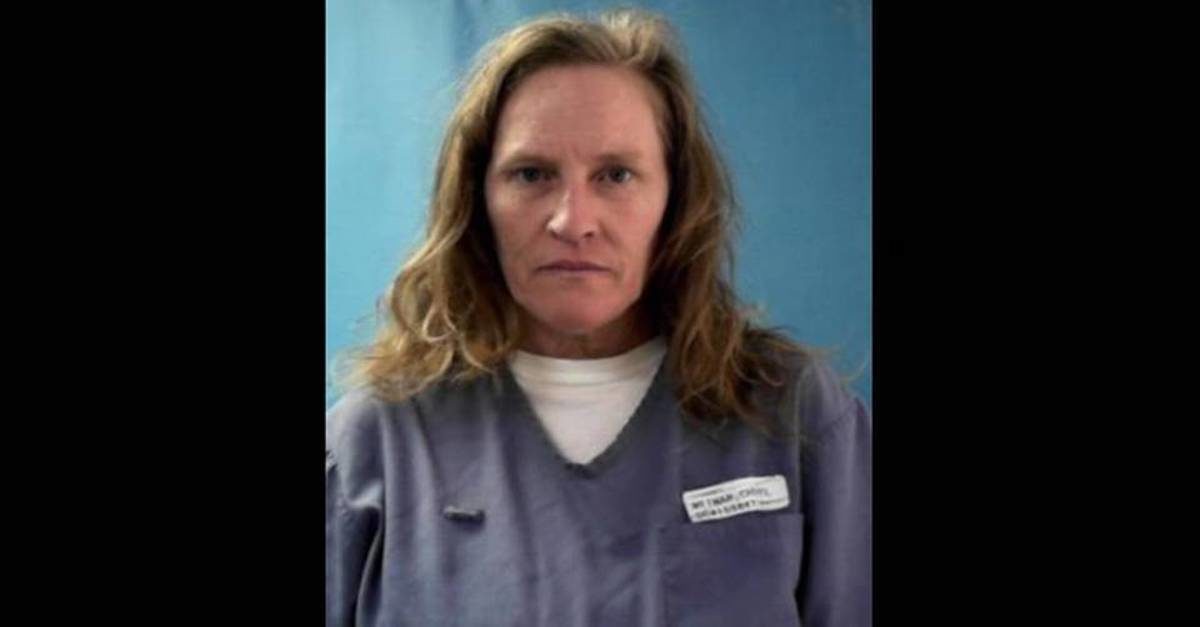 A lawsuit filed in federal court on Tuesday claims that four male prison guards viciously beat a mentally and physically disabled female inmate, breaking her neck and leaving her paralyzed from the neck-down. The lawsuit was filed by Cheryl A. Weimar, 51, and her husband Karl Weimar, against the Lowell Correctional Institution, a women’s prison in unincorporated Marion County, and four unnamed prison guards.

As previously reported by Law&Crime, Weimar was complaining of health issues when a correctional lieutenant and three other guards allegedly beat her within an inch of her life. Weimar had a documented history of both physical and mental disabilities of which the correctional institution and its guards were aware.

According to the lawsuit, Weimar complained that she was in pain due to a pre-existing hip condition while cleaning prison toilets, and requested a legally mandated “reasonable accommodation” in relation to her work duty. Wiemar’s complaint allegedly drew the ire of the guard, who angrily confronted the inmate along with three other guards. The stress of the confrontation caused Weimar to experience “an adverse psychological episode,” leading her to declare an “inmate psychological emergency.”

Instead of calling for a medical professional to intervene, as FDC policy mandates, the guards allegedly began ruthlessly attacking the defenseless Weimar.

Next, the defendants allegedly dragged Weimar “like a rag doll” outside the compound to an area not covered by surveillance cameras, allowing her head to “bounce along ground” the whole way, before continuing the “malicious and sadistic beating.”

The attack caused Weimar to suffer “life-threatening and permanent injuries,” leaving her a quadriplegic without the ability to use her arms and legs, the lawsuit states. Weimar is currently breathing via a tracheostomy, wherein a tube is surgically inserted into the windpipe below the vocal cords, and eating through a Percutaneous endoscopic gastrostomy (PEG) tube inserted directly into her abdominal wall. According to the lawsuit, she will require around-the-clock medical treatment for the remainder of her life.

Weimar’s husband also plans on filing a request with the judge for an emergency order permitting him to take photographs of Weimar’s injuries, which the Florida Department of Corrections has prohibited him or Weimar’s attorney from doing, according to the Miami Herald. They are also seeking access to the prison’s surveillance videos.

The cause of Weimar’s injuries is being investigated by the Florida Department of Law Enforcement and the prison’s Office of Inspector General. Currently, none of the officers involved in the incident have been charged, though they have been reassigned pending the investigation.

Weimar was sentenced to six years in prison in 2016 and was scheduled to be released in 2021.