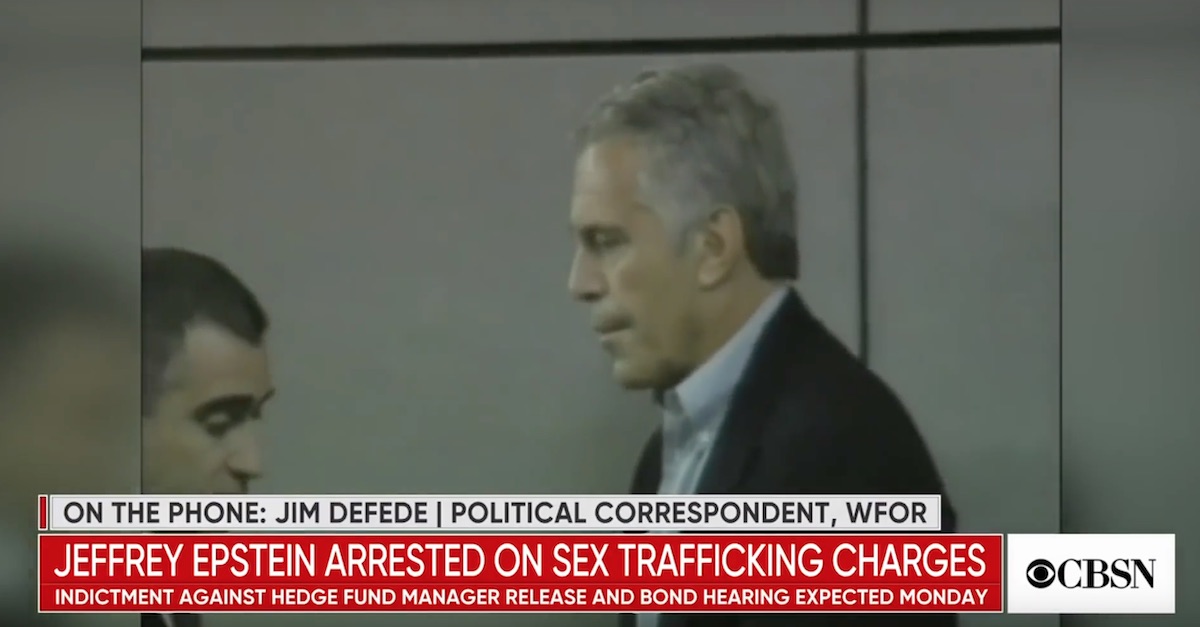 A federal judge announced his decision regarding accused child sex-trafficker Jeffrey Epstein’s bail on Thursday morning. As expected, Judge Richard Berman in the Southern District of New York said that Epstein, 66, will remain jailed ahead of trial.

“I find that the government has established danger to others and to the community by clear and convincing evidence,” the judge said, citing a “preponderance of the evidence.”

“I doubt that any bail package can overcome danger to the community,” he added.

The judge also appeared quite concerned about the FBI discovery of both Epstein’s expired fake Austrian passport (with a home address of Saudi Arabia) and the discovery of hundreds to thousands of images of nude or partially nude females. Prosecutors said that images of young girls were among these.

He also cites "sexually explicit photos" and "expired Austrian passport" with Epstein's photo, not his name, and a Saudi residence.

In short, the judge agreed that Epstein is a danger to the community.

While Epstein’s lawyers asked that the multimillionaire and convicted sex offender should be allowed to reside in his Upper East Side mansion ahead of a trial, federal prosecutors have argued the opposite. That mansion also happens to be a locatiorn where Epstein is accused of committing sex-trafficking offenses. Prosecutors have argued Epstein should not be let out ahead of trial because of his “nearly infinite means.” They argued he is a flight risk.

Prosecutors said in a motion last Friday that Epstein was worth more than $500 million, and that an unnamed institution’s records showed this.

“It might not be immediately apparent to a reader of the Release Motion that the defendant is extravagantly wealthy and worth, according to records relating to the defendant recently obtained […] more than $500 million,” they said.

Prosecutors also said that while Epstein has not “filled out a financial affidavit, under penalty of perjury […] his token effort to account for his finances makes painfully clear the need for detention.”

“The defendant reports having an extraordinary amount of money in both total assets and cash or cash-equivalent holdings,” they said. “The defendant is an incredibly sophisticated financial actor with decades of experience in the industry and significant ties to financial institutions and actors around the world.”

Epstein’s attorneys countered with 9 reasons their client should be bailed out. Among these arguments was that Epstein was not a flight risk because he wasn’t a flight risk when members of the public “were all clamoring for his re-prosecution” in recent months.

“Epstein traveled extensively over these eight months and invariably returned to the United States,” they said. “That inescapable reality emphatically proves he won’t flee and entitles him to release – on any and all conditions the Court deems appropriate.”