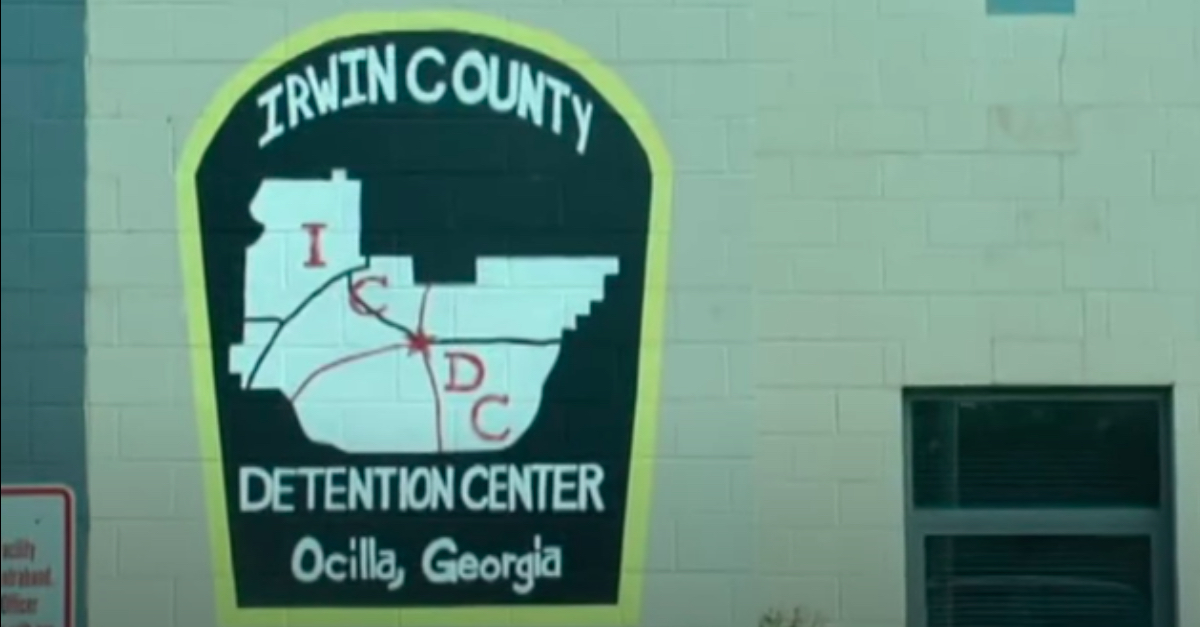 U.S. Immigration and Customs Enforcement (ICE) is attempting to deport several women who claimed they were subjected to unnecessary and invasive gynecological surgeries in Georgia without their informed consent, leaving some of them unable to have children, the Associated Press reported Wednesday.

According to the report, attorneys for at least seven women who said they underwent surgeries without their consent at the Irwin County Detention Center (ICDC) were recently informed that their clients could be deported in the near future. Six alleged victims formerly housed at ICDC have already been deported. The deportations are currently set to occur at some point before the end of President Donald Trump’s term in January.

The allegations stem from a whistleblower complaint filed by several legal advocacy groups in September on behalf of former ICDC nurse Dawn Wooten. The 27-page complaint, first reported by Law&Crime, documented “jarring medical neglect” within the facility, including a refusal to test detainees for the novel coronavirus and a high rate of hysterectomies being performed on immigrant women. While the initial claims specifically regarding mass hysterectomies have not been substantiated by evidence, 57 current and former ICDC female detainees have come forward to say that OB/GYN Dr. Mahendra Amin performed gynecological procedures without their consent or pressured them to have surgeries that were medically unnecessary.

Per the report, one of the women who was told that she would be deported was Mbeti Ndonga, who said she saw Amin last year to get treatment for abdominal pain and excessive vaginal bleeding. Ndonga asked Amin to renew a prescription for medication prescribed by another doctor, but Amin was “adamant and said [she] must have surgery.”

“Amin insisted she have a procedure known as dilation and curettage, in which tissue is removed from the uterus as a treatment for excessive bleeding,” the report stated, adding that, “medical records show she was also given a laparoscopy, in which incisions are made in the abdomen.”

When she awoke, however, Ndonga was reportedly told that she would never be capable of having a child. She told government investigators that she was “abused, tortured, [and] dehumanized.”

Columbia University law professor Elora Mukherjee, who is working with several of the alleged victims, told the AP that “ICE is destroying the evidence needed for this investigation.”

As previously reported by Law&Crime, a delegation of House Democrats visited ICDC in late September where they were able to speak with approximately a dozen female inmates.

“It is clear to me that these women were having unnecessary procedures either done to them or recommended to them, and no knowledge or consent, and it is really horrendous,” Rep. Pramila Jayapal (D-WA) said following the visit.

Rep. Nanette Barragán (D-CA), who accompanied Jayapal to the facility, recounted a story she heard from one of the female inmates.

“One detainee showed me a medical document and said they gave me injections. I don’t know what for and I didn’t authorize it. Read this and tell me. The document was for a ‘Depo Provera Injection.’ After receiving it she began bleeding and experienced terrible pain for 42 days,” she wrote. Depo-Provera is a brand name for medroxyprogesterone acetate, which a contraceptive injection. “She was sobbing asking for help. Afraid to see a doctor here. Was told she needed a procedure. She asked for a second opinion and sent to a mental health doctor instead.”

An ICE spokesperson denied any wrongdoing by the agency. The spokesperson specifically rejected any and all suggestions that deportations were being done to obstruct an investigation.

“Any implication that ICE is attempting to impede the investigation by conducting removals of those being interviewed is completely false,” the statement said.