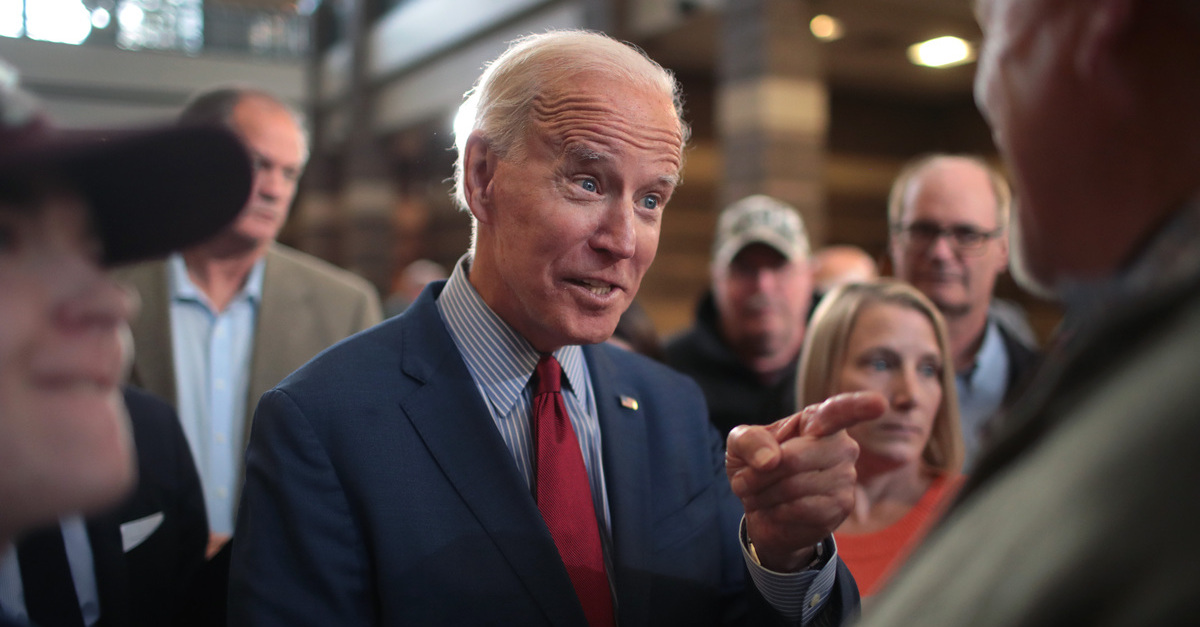 Conservative lawyer and former GOP Senate candidate Larry Klayman is suing Joe Biden, Hunter Biden and the Biden 2020 campaign because he thinks they got him banned from YouTube.

A 10-page petition filed with a Palm Beach County court on Tuesday alleges that “Klayman’s YouTube channel was suspended and all of its contents were removed over a span of many years” by the Biden defendants–along with Biden’s campaign manager Kate Bedingfield.

“This was done by YouTube as a result of undue and illegal political and other pressure and veiled threats from and exerted by Defendants,” the lawsuit alleges, “each and every one of them, working together in concert, jointly and severally.”

To support this argument, Klayman cites an email he personally sent to YouTube after his Freedom Watch TV channel was removed.

The lawsuit speaks for itself here [emphasis added]:

In an email to counsel for YouTube, Plaintiff Klayman correctly asserted that the suspension of his channel was due to “criticism on [his] weekly radio show, ‘Special Prosecutor with Larry Klayman,’ of former Vice President Biden and his son Hunter Biden, regarding their apparent Ukrainian bribery scandal. During this broadcast on Radio America on or about September 29, 2019, [Plaintiff Klayman] stated and broadcast on Radio America to about 55 stations throughout the United States and throughout the nation and internationally on a podcast disseminated on Facebook, Twitter, Roku, Amazon Fire and by email, and which is also posted on Freedom Watch’s and Radio America’s websites, that the Bidens would be brought before a citizens grand jury and [he] would seek their indictment.”

Klayman’s lawsuit also goes on to accuse Bedingfield of authoring a “threatening letter” to the New York Times over the outlet’s coverage of the nepotism-and-corruption scandals involving Hunter Biden’s business activities in China and the Ukraine.

“It is clear that Defendants were simply trying to threaten and exert undue and illegal political and other pressure on The New York Times into giving what they deemed as favorable coverage of Joe Biden and his efforts to be elected as President in 2020,” the petition alleges, “as well as to have the opinion piece of Peter Schweizer removed from the website of the New York Times, just as Plaintiff’s YouTube channel was removed under undue and illegal political and other pressure by Defendants, each and every one of them, acting in concert jointly and severally.”

Schweizer is an opposition researcher and political consultant who is a senior contributor at the far-right website Breitbart. In his referenced opinion piece for the Times, however, the conservative author argued that Hunter Biden did not actually do anything illegal–just unseemly and all-too-common.

Klayman says the Bidens and his campaign have also gone after other social media networks in an effort to silence him.

“Defendants have not limited their strategy to try to unduly and illegally pressure their way to favorable coverage to just traditional print media,” the lawsuit alleges. “Defendants tried to have Facebook remove a campaign ad for President Trump due to what they claimed were false claims against Joe Biden. Facebook refused to do so. Defendants also pressured Twitter to do the same.”

Based on this pattern and practice, it is clear that Defendants tried to unduly and illegally pressure YouTube into suspending the Freedom Watch account, and succeeded in doing so, as a result of Plaintiff Klayman’s criticism and statement that he would seek an indictment of the Bidens before a Freedom Watch citizens grand jury. The only difference is that YouTube succumbed to this pressure, while Facebook and Twitter correctly chose not to.

Attorney Mike Dunford, for one, roasted Klayman’s lawsuit on Twitter: “In case you were wondering, the ‘citizens grand jury’ that Grossly Inappropriate Larry mentions in the complaint is basically him and a bunch of clowns sitting around at a Dennys doing bad sovereign citizen cosplay. It’s not a real thing.”

Klayman is suing the defendants for tortious interference with business relations and is asking for up to $75,000 in remuneration.