Kavanaugh Is Risking Defamation Lawsuit & Should Clam Up Until Hearings, Says Legal Expert 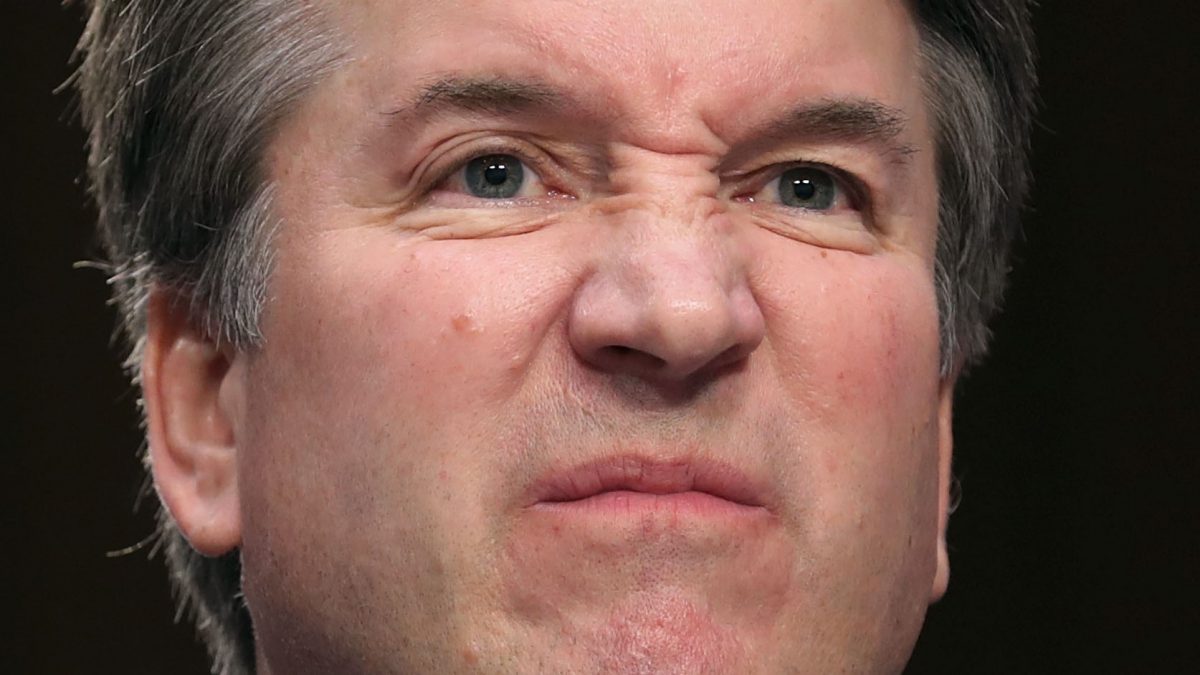 Attorney Norm Eisen, who was President Obama’s ethics czar, issued a stern rebuke via Twitter: Supreme Court Nominee Brett Kavanaugh ought to clam up until Thursday’s Senate Judiciary Committee hearing. Why? Kavanaugh risks being nailed with a defamation lawsuit by none other than Michael Avenatti.

The rebuke stems from a statement by Kavanaugh, released by the White House, indicating Kavanaugh denied accusations from yet another woman who claims he acted inappropriately towards her.

“This is ridiculous and from the Twilight Zone. I don’t know who this is and this never happened,” Kavanaugh said through the White House.

NEW: WH releases new statement from Judge Brett Kavanaugh on @MichaelAvenatti client:
“This is ridiculous and from the Twilight Zone. I don’t know who this is and this never happened.”

It was a response to an affidavit made public by attorney Michael Avenatti, who represents Julie Swetnick. Swetnick accuses Kavanaugh of “fondling and grabbing” girls “without their consent,” of drinking “excessively,” of “engag[ing] in abusive and physically aggressive behavior toward girls,” of trying to remove clothing from girls, of “spik[ing]” the “punch” at parties to “cause girls to lose their inhibitions,” and of joining other boys who were “lined up outside rooms . . . for their ‘turn’ with a girl inside.”

Below is my correspondence to Mr. Davis of moments ago, together with a sworn declaration from my client. We demand an immediate FBI investigation into the allegations. Under no circumstances should Brett Kavanaugh be confirmed absent a full and complete investigation. pic.twitter.com/QHbHBbbfbE

Eisen thinks Kavanaugh’s denial will cause problems for the judge.

“Another unforced error,” Eisen wrote. “If I know Avenatti, and I do, Kavanugh’s going to get sued for libel. He would have been better advised to wait until he was at the hearing and had the immunity attending to congressional testimony.”

Another unforced error. If I know Avenatti, and I do, Kavanaugh’s going to get sued for libel. He would have been better advised to wait until he was at the hearing and had the immunity attending to congressional testimony. https://t.co/ww0kXCHJYk

Avenatti previously sued President Donald Trump for Trump’s comments about Avenatti’s client Stormy Daniels, though the longevity and ultimate success of that lawsuit appears to be in question for separate legal reasons.

As to Kavanaugh’s statement, legally, the Westfall Act provides federal employees with “absolute immunity from common-law tort claims,” including defamation claims, which “aris[e] out of acts they undertake in the course of their official duties.” In one recent case, Wuterich v. Murtha, a U.S. Marine sued a congressman over alleged defamatory statements to the press made when the congressman was off the floor of the legislature. The D.C. Circuit Court of Appeals noted that the Westfall Act was designed to relieve federal employees from the burden of defending any lawsuits against them. Rather, the government, not the employee, is to be named as the defendant — so long as the attorney general’s office concludes that the conduct in question occurred during the scope of the employee’s government job duties.

In Wuterich, the attorney general agreed that a congressman is “employed” to give statements to the press, and the court of appeals agreed. Therefore, the government, not the congressman himself, became the proper defendant. But, whoops! The case got dismissed at that point because the government does not acquiesce to be sued for defamation under the Federal Tort Claims Act and under the doctrine of sovereign immunity. End of story for the plaintiff.

What’s interesting here is that Eisen apparently agrees that speaking to the press is not part of Kavanaugh’s job and, therefore, he could successfully be sued for libel.

Though Kavanaugh did not decide the Wuterich, it did come out of the D.C. Circuit in 2009. He’s sat on that court since 2006. Surely, he knows about it, and surely, if sued, he would use it to protect him by arguing that speaking to the press is part of the job description for a judge up for nomination.