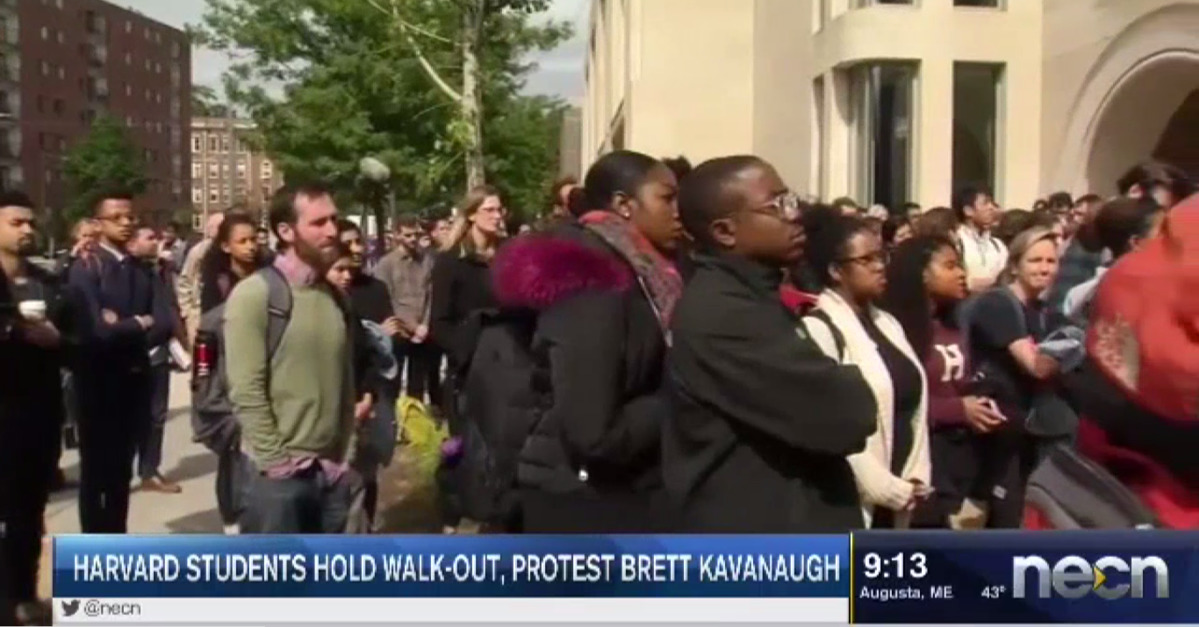 Harvard Law School may be reconsidering its contract with embattled Supreme Court nominee Brett Kavanaugh after a raft of sexual assault allegations against the federal judge have surfaced in recent weeks.

According to the Harvard Crimson, the nation’s first university is currently keeping mum as to whether Kavanaugh will be allowed to retain his role as a lecturer at the elite institution during the upcoming school year.

Repeat inquiries about Kavanaugh’s employment status by Law&Crime–and by the Crimson–to the office of Harvard Law School’s Dean John F. Manning were repeatedly answered without comment or without responses entirely. This space will be updated if and when such a response is received.

Kavanaugh is currently scheduled to teach a winter 2019 course at the law school titled, “The Supreme Court since 2005.” According to Harvard Law’s curriculum and course catalogue, this course is still active in the system and students can apparently still sign up for it. The course description notes:

In this course, we will analyze and discuss important Supreme Court opinions that have been issued since 2005 when John Roberts became Chief Justice. We will focus on leading decisions within several particular areas of the Court’s post-2005 jurisprudence, including: war powers, campaign finance, religion, the health care law, equal protection/race, Second Amendment, Fourth Amendment, environmental law, marriage, federalism, separation of powers, and the death penalty. In so doing, we will also consider overarching jurisprudential principles such as methods of constitutional and statutory interpretation, the role of the courts in our constitutional structure, and stare decisis.

There is no exam for the above-described course. Instead, Kavanaugh’s would-be students will be expected to write a paper “of approximately 20 pages.” The description continues, “The paper will not be due during the winter term, but instead in March. During the winter term, the students may also have to submit some very short ‘reaction emails’ based on the readings.”

A Harvard “lectures on law” website presently lists the controversial judge and nominee as the “Samuel Williston Lecturer on Law” and notes his basic academic bona fides as well as the planned date of his course.

In comments to the Crimson, Harvard Law School spokesperson Robb London said, “It is our longstanding policy not to comment publicly on personnel matters.”

Last week, four Harvard Law students penned an article in the Harvard Law Record demanding that the school bar Kavanaugh from teaching any further classes until “a full and fair investigation is conducted” into the multiple allegations of sexual assault against Kavanaugh.

On Monday of this week, several hundred Harvard Law and undergraduate students walked out of their classes in support of Kavanaugh’s accusers. Third year Harvard Law student and president of the Harvard Black Law Students Association Lauren D. Williams addressed the surging crowd. She said:

America is at a crossroads. It can turn a willfully ignorant blind eye, as it has done countless times before, or it can stand by these survivors and ensure that there is a fair investigation and a fair judiciary hearing.