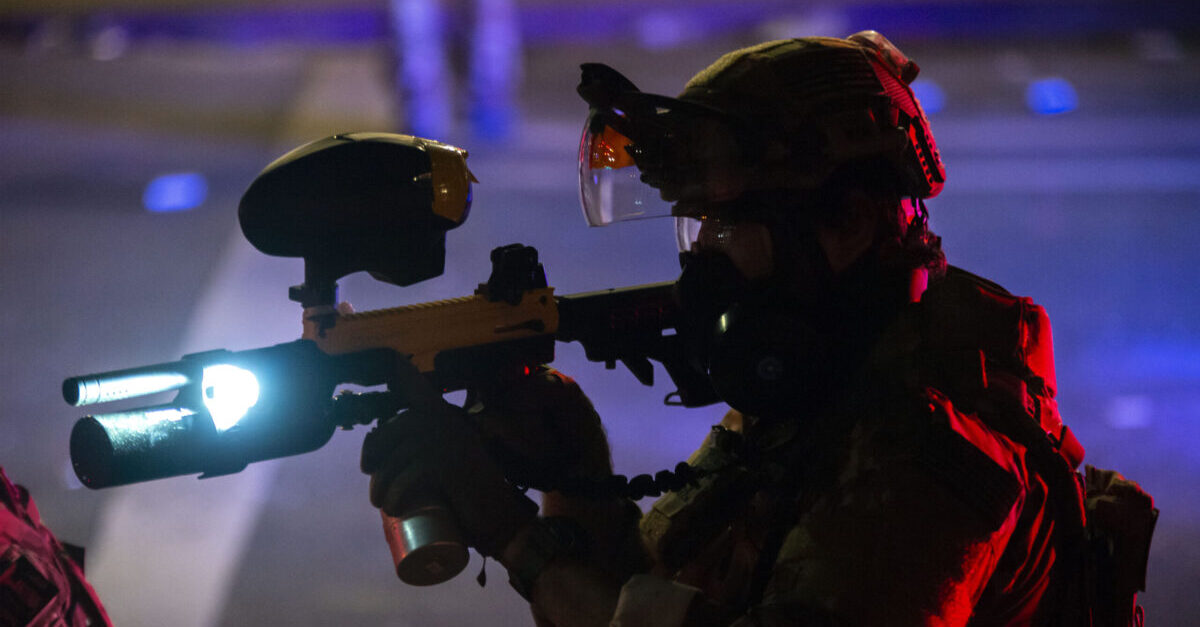 A recently enacted Portland, Ore. city policy allowing police officers to cover their name tags is threatening to further the divide law enforcement authorities and the public in a city that has been ripped by weeks of destructive and at times violent protests and riots. The policy, implemented last month, permits officers to cover their names so long as they tape their city personnel numbers to their uniforms. Unfortunately, due to Oregon’s public records law, any requests to identify the otherwise anonymous officers is literally futile — unless the requestor already knows the officer’s name.

According to a Willamette Week report, following several instances of peaceful protesters being assaulted by officers whose only identifiers were the seemingly random strings of numbers and letters taped to their uniforms, attorney Alan Kessler filed a request for the identifying numbers of police bureau employees in an effort to match those numbers with actual names.

However, citing to Oregon Revised Statute 192.363, the Multnomah County District Attorney’s Office last week rejected Kessler’s request for a list of the unique personnel numbers — because Kessler was unable to provide the officers’ names.

According to the report, the reason given for the rejection was a “Kafkaesque tangle of circular logic.”

The identifying numbers displayed on the officers’ uniforms are part of those officers’ personnel records. Under ORS 192.363, any request for the disclosure of such records must include “the names of the individuals for whom the personal information is sought.” Thus, in order to find out an officer’s name, Kessler was told he first had to provide the officer’s name — not the officer’s number.

“The Portland Police Bureau is asking for complete trust from the public, with no accountability,” Kessler told Willamette Week. “Meanwhile, they are violating our trust by gassing and maiming demonstrators, journalists, and legal observers.”

Kessler was not alone in recognizing the paradoxical logic of the law. Multnomah County District Attorney Rod Underhill, who wrote the order rejecting Kessler’s request, said it was an issue state lawmakers needed to address.

“Frustration at being asked to do the impossible (or impractical) is understandable,” Underhill wrote when denying the request. “Given the gravity of the policy concerns presented here, we would welcome judicial or legislative review of the statutory framework that leads to our conclusion today.”

“Officers have been personally threatened, have had the safety of their families threatened, and have even been physically followed by individuals during demonstrations,” wrote the union’s attorney, Anil Karia, in a July 16 letter. “Releasing that list will have very real and negative impacts on officer safety and officer privacy; so much so that those negative impacts override any proffered public interest or ‘need to know’ that [Kessler] may later assert.”