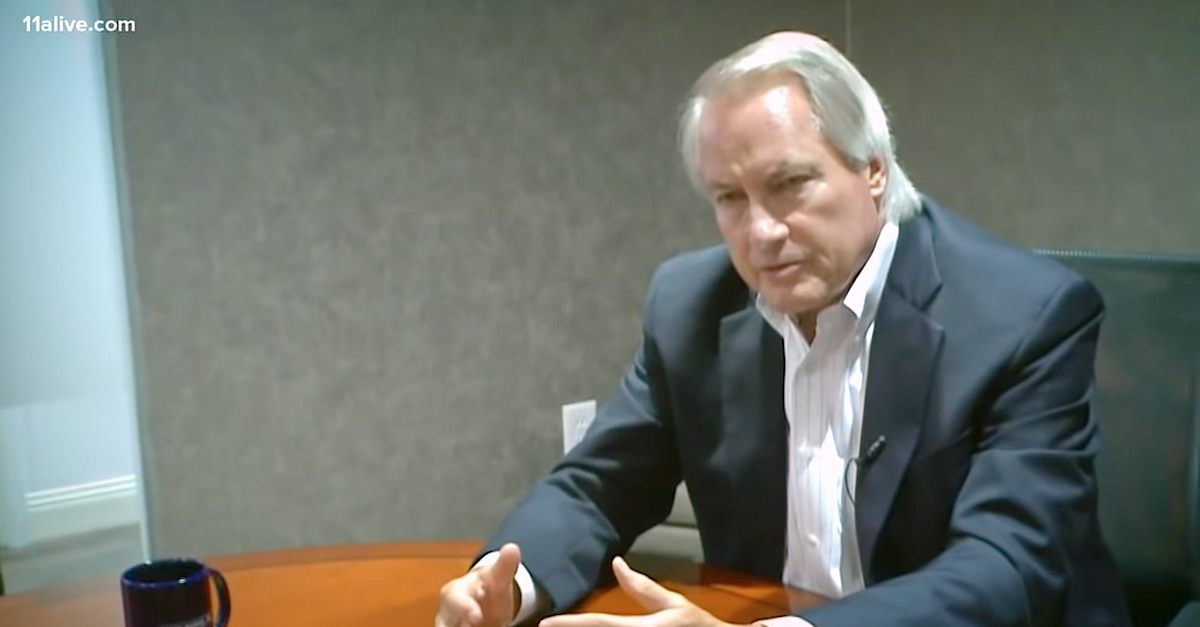 Pro-Trump lawyer Lin Wood has no basis to seek a federal court’s relief from a State Bar of Georgia investigation to determine whether he is fit, in terms of his mental health or otherwise, to practice law, a federal judge ruled.

One of the key propagators of Donald Trump’s post-election conspiracy theories, Wood has been the subject of an ongoing Georgia Bar investigation. As revealed in documents Wood disclosed, the Bar’s probe looks into his litigation to prevent the Joe Biden presidency as well as the lawyer’s mental health.

In response, Wood filed a federal lawsuit likening that request to the Salem Witch Trials and asking a federal judge to block it.

U.S. District Judge Timothy Batten, who dismissed that lawsuit on Wednesday, found it inappropriate for a federal court to intervene in a Bar investigation in its nascent stages.

“Clearly, there is a grievance proceeding in the State Bar against Wood,” Judge Batten noted. “Wood argues that because he filed this action before there was a finding of probable cause against him, this factor is not satisfied. However, he cites no law to support his contention that a probable cause finding is required for abstention or that abstention is not required during an investigatory phase of a proceeding. In fact, both law and logic dictate that abstention is appropriate during the investigatory phase.”

Though Wood argued that he had no forum to raise his concerns, Batten noted that any disciplinary taken requires one.

“Wood argues that there is no opportunity in a state forum for him to raise his constitutional concerns,” Batten’s ruling states. “However, Georgia Bar Rule 4-218 provides that he will have an opportunity to raise these concerns if probable cause is found and his disciplinary matter proceeds to public proceedings.”

Much of that evidence is contained in the Bar’s 9-page summary, which Wood disclosed himself via social media in January. That summary includes a recap of his post-election lawsuits, including his so-called “Kraken” complaints in Georgia, Michigan, Wisconsin, and Arizona with Sidney Powell. All of those lawsuits were dismissed, and the attorneys who brought them are now facing multiple demands for sanctions and calls for their disbarment.

The Bar’s summary also rattled off Wood’s conspiracy theories depicting Chief Justice John Roberts as a “member of a club or cabal requiring minor children as an initiation fee” and calling former Vice President Mike Pence is a “TRAITOR, a Communist Sympathizer & a Child Molester.”

As for the request that Wood take a mental health examination, Batten found no basis for a federal court to prevent that either.

“He cites no law to support the proposition that he has a property right not to be asked to consent to a mental health evaluation,” the judge wrote, adding that Wood “has been provided a notice of the claims against him and will have an opportunity to defend himself and raise any constitutional issues before any public discipline is imposed.”

Wood’s mental health came into focus in a lawsuit by former members of his law offices accusing him of “erratic, abusive, and unprofessional behavior” from late 2019 to 2020. The former colleagues also claimed that they taped Wood declaring: “I might actually be Christ coming back for a second time in the form of an imperfect man, elevating Christ consciousness.”

“Our worst fears concerning Judge Batten’s conflicts were confirmed when he entered an order yesterday dismissing Lin Wood’s case, without affording him a hearing, which he had previously scheduled, and ironically did so on the same day he was served with a subpoena to testify under oath in these proceedings,” Reyes told Law&Crime in an email.

Judge Batten’s ruling came down Wednesday, one day after the 11th Circuit denied Wood’s petition for a writ of mandamus attacking Batten’s stewardship of the proceedings. As Reyes noted, the ruling also came down one day after Wood and his counsel filed a notice on the docket claiming to schedule depositions of Paula Frederick, the general counsel of the State Bar of Georgia, and Judge Batten.

“To be clear, there is no pending legal proceedings in state court and notably, the Supreme Court of Georgia declined to accept jurisdiction, thus contrary to the judge’s order, no adequate forum exists for Plaintiff Wood to challenge the constitutionality of the State Bar’s coercive request, initiated in bad faith, that he submit to a mental health examination without even a scintilla of evidence to suggest that his mental acuity should be called into question,” Reyes added.

On Thursday, Wood filed a notice of his appeal to the 11th Circuit.

Listen to some of the aforementioned exclusive recordings on the podcast: