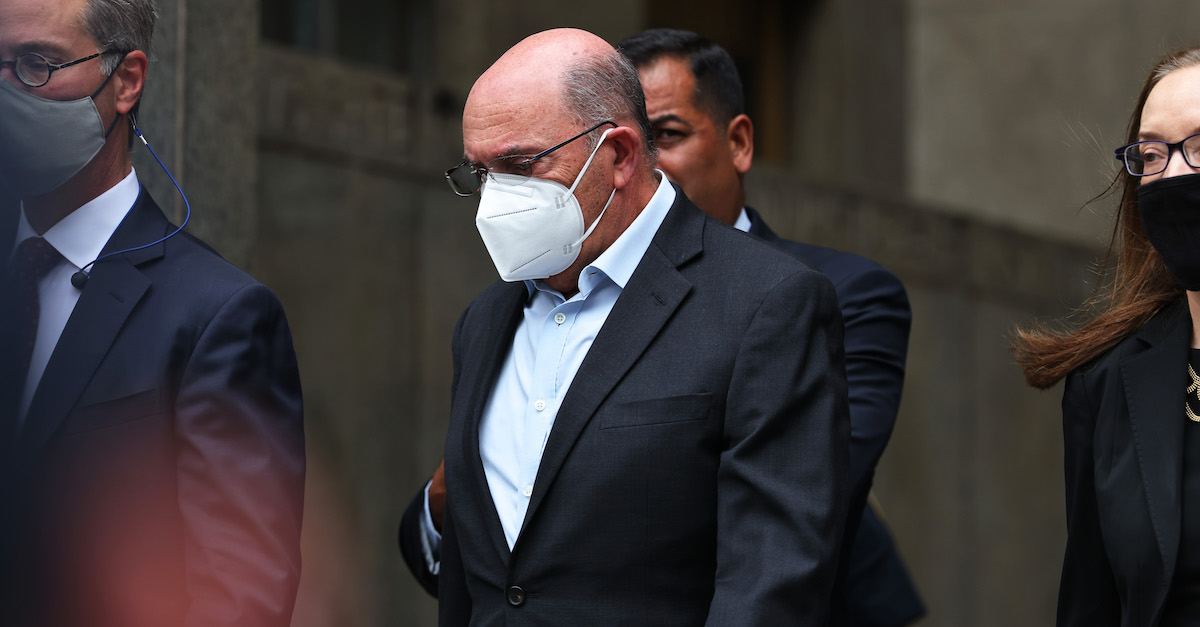 Denying the former Trump Organization chief financial officer’s motions to dismiss, a Manhattan judge set the stage for the upcoming trial of Allen Weisselberg on Friday.

Jury selection is now slated to begin on Monday, Oct. 24.

Given its proximity to the 2022 midterms, court will not be in session on Election Day.

Former President Donald Trump’s trusted accountant for nearly half a century, Weisselberg has been awaiting trial for more than a year on a battery of charges including conspiracy, grand larceny, criminal tax fraud, and falsifying business records. The Manhattan District Attorney’s office unsealed the 25-page indictment, which also named the Trump Corporation and Trump Payroll Corp. as co-defendant, in July 2021.

Trump Corp. and Trump Payroll Corp. succeeded in dismissing the fourth count of the indictment, criminal tax fraud in the fourth degree.

Prosecutors accuse Weisselberg of a 15-year scheme to defraud federal, New York State, and New York City tax authorities of $1.76 million in “off-the-books” compensation. These included $359,058 in tuition expenses for multiple family members, $196,245 for leases on his Mercedes Benz automobiles, $29,400 in unreported cash, and an unspecified amount in ad hoc personal expenses, according to his indictment.

Downplaying the seriousness of the charges and alleging political motives, the Trump Organization characterized the “employee benefits” case as a type of prosecution “neither the IRS nor any other District Attorney would ever think of bringing.”

Denying that, assistants for Manhattan District Attorney Alvin Bragg (D) have said the case “at its core, is ordinary,” a simple tax fraud prosecution the office commonly brings.

On Friday morning, Manhattan Supreme Court Justice Juan Merchan denied Weisselberg’s multiple motions to dismiss, rejecting the ex-CFO’s claims that the grand jury had insufficient evidence and that he was selectively prosecuted.

Weisselberg’s defense attorneys have floated a “vengeful witness” theory, claiming their client was targeted by the DA’s witness for testifying against him before a federal grand jury in a 2018.

The witness’s name was redacted in court documents, but Weisselberg testified against Michael Cohen that year.

Merchan said he would hold hearings about evidence at Weisselberg’s future trial. One, known as a Huntley hearing, determines under New York law whether statements made to police were lawful under the Fifth Amendment. The other, known as a Sandoval hearing, which will determine what can be used to impeach Weisselberg at his upcoming trial.

The next hearing has been scheduled for Sept. 12.

The judge said he will release a written order explaining his decision, without specifying when that opinion may be issued.

Susan Hoffinger, the Chief of the Investigation Division, appeared in court for the District Attorney’s office.

Weisselberg was present along with legal team, led by Nick Gravante.