‘That Would Be Psycho’: Bartender Denies Laughing at Kobe Bryant Crash Photos Shown to Him by Deputy 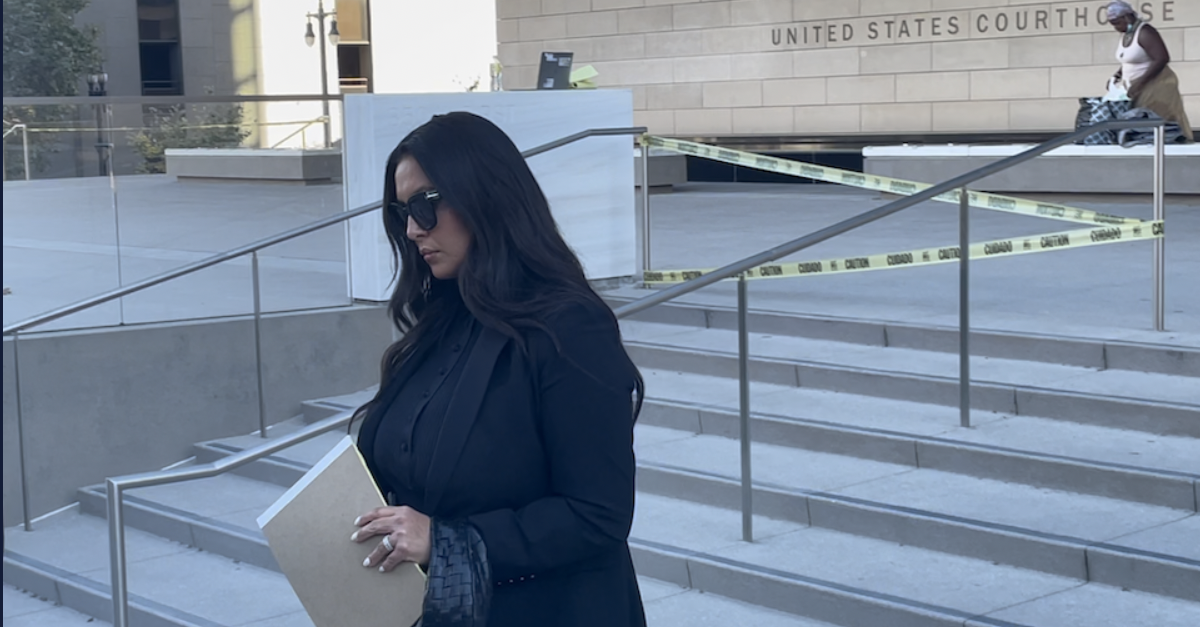 A man who saw photos of Kobe Bryant’s remains while tending bar testified Thursday that he and the off-duty deputy who displayed them never laughed about the images because “that would be psycho to do that.”

Testifying in the trial of Vanessa Bryant’s federal lawsuit against Los Angeles County, bartender Victor Gutierrez asked “what kind of human being” would he be if he’d laughed at the photos of the basketball legend, who died in January 2020 when a helicopter carrying him, their daughter Gianna Bryant and several friends crashed into the hills of Calabasas, California.

Gutierrez also testified that off-duty Los Angeles County sheriff’s Deputy Joey Cruz, who showed Gutierrez the pictures, was not amused by the photos and instead “just wanted to talk to somebody” about what he’d seen.

“I felt like he just wanted to get it out of his system,” Gutierrez testified.

But Gutierrez’s testimony was sharply contradicted by the man who took the witness stand after him: Ralph Mendez Jr., who was at the Baja California Bar & Grill in Norwalk, about 20 miles southeast of downtown Los Angeles, when Gutierrez and Cruz looked at the photos. Mendez testified that Gutierrez excitedly told him of the photos afterward and said he and Cruz had laughed about them.

Mendez filed a citizen’s complaint with the sheriff’s department that night, which was publicly revealed in a Los Angeles Times article published on Feb. 28, 2020. Mendez testified Thursday that he filed the complaint because “I felt like I had to do the right thing.” He submitted it from his car at 12:21 a.m., saying he “wanted to sleep well that night, and I thought I had to let it out before I walked out of my house.”

Mendez’s “yes” answers to several questions from Craig Jennings Lavoie, one of Bryant’s lawyers, directly contradicting other parts of Gutierrez’s testimony, including that Gutierrez told him Kobe was identified through his dark skin and tattoos. And while Gutierrez repeatedly said on the stand that he didn’t remember key details from that night, Mendez said that he remembers it well — and that his conversation with Gutierrez has stuck with him.

“I was in disbelief, disappointed, disgusted and angry,” Mendez testified.

“If you had to pick one among those four what do you think you felt the most?” Lavoie asked.

“Angry, for sure,” Mendez answered.

Bryant stood sobbing early on in Gutierrez’s testimony as he was asked about seeing a photo of a girl’s body. Bryant’s lawyer Luis Li told U.S District Judge John F. Walter that Bryant wanted to leave the courtroom.

Walter said that she could, adding that if Bryant wanted to leave the courtroom again, “you don’t need to ask my permission.”

Lavoie played clips from bar surveillance video that show Gutierrez looking at Deputy Cruz’s phone then gesturing excitedly. Lavoie also played video clips of Gutierrez talking to Mendez and his softball teammates after he spoke with Cruz, describing Gutierrez’s obvious excitement and his hand gestures that indicate he’s describing the graphic injuries he saw in the photos.

Gutierrez said early in testimony that he saw a photo of a torso he understand to be Kobe and that it came from Cruz, and that he knew other people’s remains had to be in the photos because there were so many. But he said he only saw the photos for 10-20 seconds, and he also said he couldn’t remember exactly what they were discussing in the video clips and whether he was being shown photos of human remains.

Lavoie asked him if he was referring to Kobe when he was gesturing around his torso and Gutierrez answered, “I don’t remember, sir.” Gutierrez said him gesturing across his neck in a swiping motion “could have been” a reference to Kobe, “but I really don’t remember.”

He also steadfastly denied that he and Cruz laughed at the photos, saying, “I don’t remember him laughing about human remains.

“You sure about that?” Lavoie asked.

“I’m 100 percent sure on that,” Gutierrez answered.

He said Cruz may have been showing him “a funny video” in the footage that shows them jovially discussing something on Cruz’s phone. Still, he answered “yes” when Lavoie asked him if it’s fair to say he described the condition of victims bodies “to at least five different sets of people.”

Gutierrez described himself as “a big Kobe Bryant fan” who cried at news of his death, causing his girlfriend to tell him to “stop being a little girl.”

But Mendez’s testimony established him as the more heartfelt Kobe fan, with Mendez pausing before describing in a halted tone how he was touched by photos of Kobe happily showing affection to Gianna. His now-two-year-old daughter was still in the womb then, and Mendez testified today, “I envisioned myself being that same way with my baby girl.”

Mendez also said he felt betrayed by what Cruz had done.

“Being in the position that he is, the deputy, I felt that he had the public’s trust riding on his shoulders.”
When Cruz showed Gutierrez the photos, “I feel at that time he betrayed the public trust.”

The first part of Mendez’s complaint to the sheriff’s department reads, “There was a deputy at Baja California Bar and Grill in Norwalk who was at the Kobe Bryant crash site showing pictures of his decapitated body.”

Mendez talked to sheriff’s investigators, then later heard sheriff’s official Jorge Valdez deny there’d been a complaint. His first thought was that Valdez is a “liar.”

“He’s lying,” Mendez testified. “He was the first person from the sheriff’s department who reached out to me.”

The testimony from Gutierrez and Mendez followed that of Emily Tauscher, a captain at the Los Angeles County Department of Medical Examiner-Coroner. Tauscher testified in graphic detail about the condition of the bodies of Kobe and Gianna, as well the condition of the remains of crash victims Sarah George Chester and her daughter, Payton Chester.

Tauscher was questioned at length by Jerry Jackson, a lawyer for Christopher Chester, Sarah’s husband and Payton’s father. Through Tauscher’s testimony, Jackson was able to establish that some of the photos displayed by sheriff’s deputies and firefighters must have been taken after coroner’s employees had covered the bodies with sheets — meaning that those sheets were lifted in order for the photos to be taken.

Jackson had also detailed the condition of the Chesters’ bodies in his opening statement on Thursday, telling jurors Gutierrez’s apparent knowledge of the Chesters’ specific injuries are proof that their remains also were pictured in photos Cruz displayed to Gutierrez.

Los Angeles County’s lawyer Mira Hashmall objected more than once during Tauscher’s testimony about specific injuries, but Judge Walter overruled, which indicates that, like Jackson, he believed those details are relevant to the case.

Walter also overruled a speculation objection when Jackson asked Tauscher if any photos of human remains taken after she and her coworkers had placed sheets over them would have had to have been taken after someone lifted the sheets.