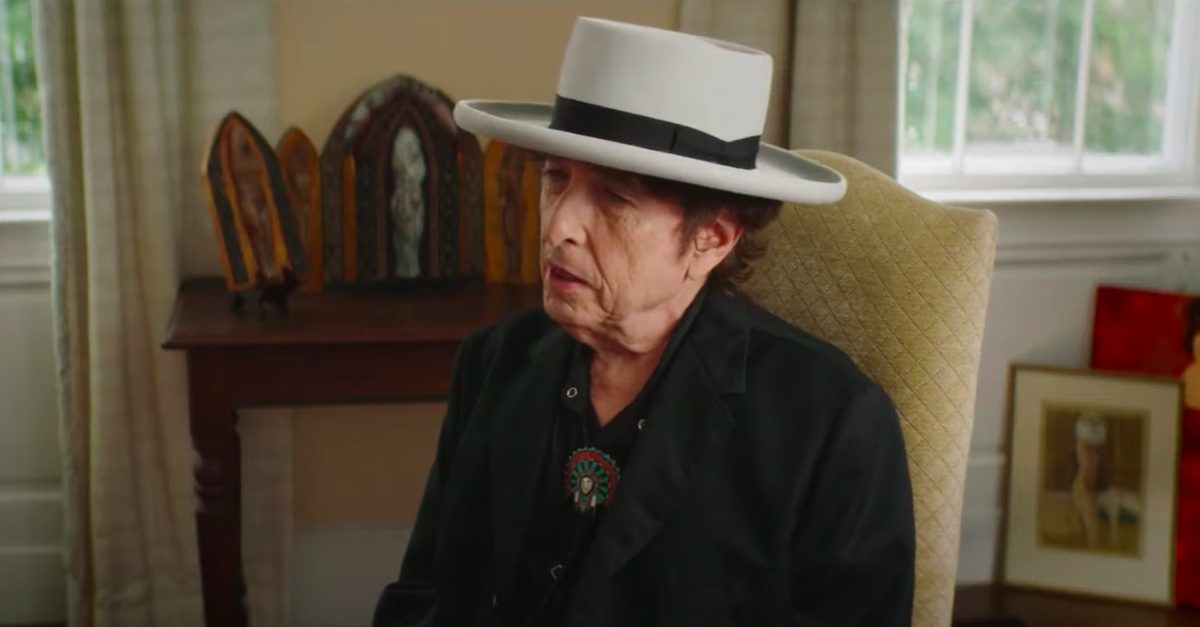 Attorneys for music icon Bob Dylan are pursuing monetary sanctions against opposing counsel not long after a sexual abuse accuser’s lawsuit was dropped and dismissed with prejudice.

The lawyers, in an Aug. 4 filing, referred to the matter at hand as a “paradigm case for sanctions,” particularly to “address counsel’s brazen discovery misconduct, culminating in their failure to produce documents by the Court-ordered July 22, 2022 deadline—which came just three days after counsel attempted to withdraw from the case.”

As Law&Crime reported before, the accuser identified only as J.C. had claimed that Dylan abused her in 1965, when she was 12 years old. But the case fell apart in late July when Dylan’s legal team accused the woman of destroying evidence — namely, emails and text messages.

“Your Honor admonished Plaintiff and her counsel, stating: ‘[f]or the love of God, produce these materials because you understand the consequences if you don’t,'” Snyder reminded the judge.

Although the case itself is over for good, Dylan’s lawyers want the plaintiff’s lawyers (not plaintiff herself) to pay up for “systemic discovery violations.”

“Mr. Isaacs and Mr. Gleason failed to produce documents they should have possessed and reviewed before ever bringing this lawsuit in the first place,” Snyder said. “As we said in open court last week, many of the documents we have seen, including scores of emails between Plaintiff and key third parties whom counsel apparently never even bothered to interview, undermine and contradict Plaintiff’s allegations.”

The judge responded to letter by noting the motion is “likely to implicate a potential conflict between Plaintiff and her attorneys.”

Attorney Isaacs responded with a letter of his own on Aug. 8.

In it, he denied the central claim that this case is ripe for sanctions.

“Mr. Snyder’s contention that ‘[t]his is a paradigm case for sanctions to address counsel’s brazen discovery misconduct’ is not supported by the record,” he wrote. “Contrary to defense counsel’s claim that we flouted our discovery obligations and ignored warnings from the Court about the failure to produce documents, as we stated on the record before Your Honor during the July 2022 conference(s), Mr. Gleason and I attempted repeatedly to obtain the necessary documents from the plaintiff, which I described as like ‘pulling teeth.'”

Isaacs said the case was brought “in good faith” and that he and his co-counsel did not “willfully” withhold discovery nor engage in “discovery misconduct.” Rather, he blamed J.C.’s “recalcitrance” in refusing to provide the relevant documents.

“We attempted to comply as best we could given the circumstances, including plaintiff suffering PTSD, which was exacerbated when her identity was illegally made public following the commencement of this action,” he added.

The judge acknowledged the letter on the docket but did not alter the briefing schedule she set on this issue:

The Court finds that nothing in the above letter supports deviating from the briefing schedule set in the Court’s endorsement. (Id.). To the contrary, Plaintiff’s former counsel’s above representations confirmthe existence of the conflict described in the Court’s endorsement. The Court therefore reiterates that Plaintiff is invited, but not required, to submit her own opposition to Defendant’s anticipated motion. Plaintiff’s former counsel is directed to provide a copy of this endorsement to Plaintiff.