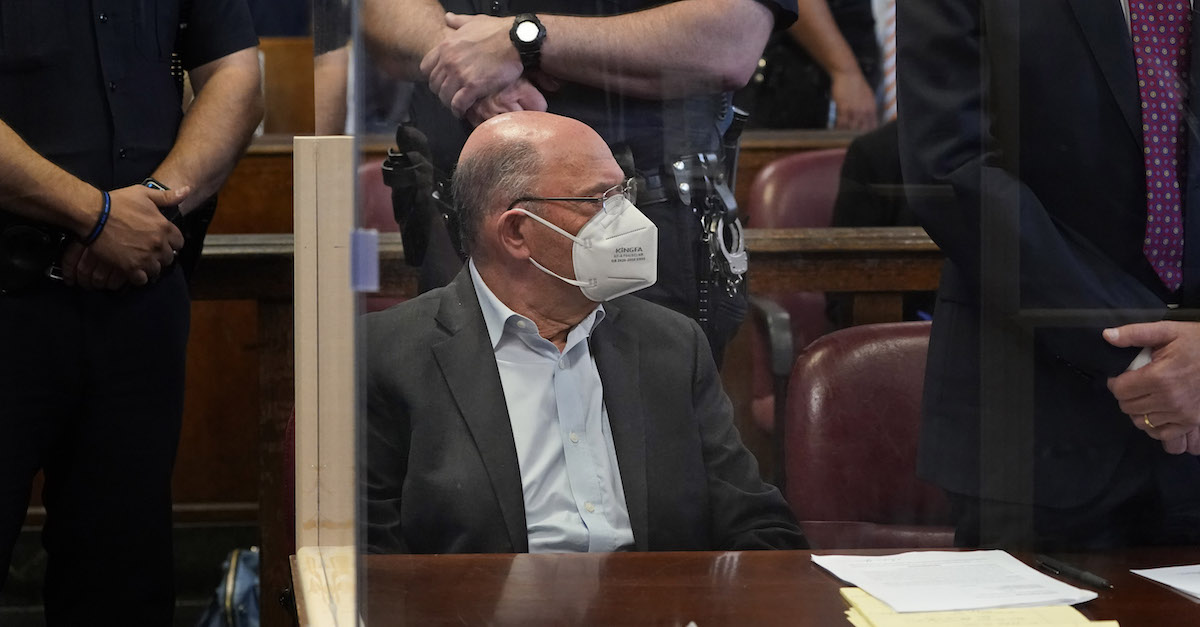 Save for his erstwhile relationship to former President Donald Trump, Allen Weissberg is just like any other accused tax cheat who ever entered New York’s criminal courts. So argues Manhattan District Attorney Alvin Bragg (D) in a memorandum opposing the ex-Trump Organization chief financial officer’s dismissal motion on Monday.

“This case, at its core, is ordinary,” Bragg’s assistant Solomon Shinerock wrote in a 117-page memo. “The Indictment is based on criminal tax evasion that took place in New York County and is of the sort this Office regularly prosecutes. It arises from the fact that Allen Weisselberg violated the basic imperative that all New Yorkers faithfully report and pay tax on their income. While such self-reporting typically is verified by an employer’s tax reporting procedures, in this case, Defendants corrupted those procedures.”

Prosecutors allege that Weisselberg abused his ex-CFO perch to direct his staff to pay his personal expenses for 15 years.

Though attorneys Weisselberg and the Trump Organization characterized that income as “fringe benefits,” Shinrock says: “they amounted to more than most New Yorkers can expect to earn in a given year: rent, utilities, and garage expenses at a luxury apartment building in Manhattan, private school tuition for multiple family members, leases for luxury cars for both Weisselberg and his spouse, large amounts of unreported cash, and ad hoc expenses such as electronics and furniture.”

The district attorney estimate that those benefits amounted to roughly $1.76 million over the life of the alleged scheme, a sum that they say includes $359,058 in tuition expenses for multiple family members, $196,245 for leases on his Mercedes Benz automobiles, and $29,400 in unreported cash.

The “vengeful witness” theory alludes to Weisselberg’s participation in federal grand jury testimony in July 2018, which led to campaign finance and other charges.

Although the target’s name in that grand jury investigation is redacted, the description matched that of ex-Trump fixer Michael Cohen. Weisselberg reportedly testified in Cohen’s grand jury, which returned an indictment leading to his conviction. Cohen’s subsequent congressional testimony that the Trump Organization cooked the books precipitated two investigations in New York: a civil one by New York Attorney General Letitia James (D) and a criminal probe by then-Manhattan Attorney Cyrus Vance (D), who was Bragg’s predecessor.

Prosecutors deny any payback at play from a key witness.

“Indeed, the claim that [REDACTED] sparked this Investigation as part of a vendetta resulting from Weisselberg’s immunized testimony is incorrect,” their brief states.

Some legal analysts have speculated that Bragg has resisted charging Trump because Weisselberg has not cooperated with prosecutors, leaving Cohen as their star witness, and one who could be challenged by the former president’s lawyers with his former conviction for lying under oath.

But Bragg’s team splashed cold water on Weisselberg’s theory of that witness’s importance to the case.

“Weisselberg’s allegations regarding the importance of [REDACTED] to his case are based only on speculation and generalities,” prosecutors wrote.

The ex-Trump CFO’s selective prosecution claim relies in part on rhetoric by Attorney General James, who made no secret about her plans to investigate the 45th president on the campaign trial. James cooperated with the District Attorney’s investigation and appeared on the day of Weisselberg’s first court appearance.

Prosecutors noted, however, that previous attempts by Trump’s lawyers to accuse James of selective prosecution failed.

What’s more, they argue, their investigation serves an apolitical and even mundane purpose.

“The nature and magnitude of the non-cash compensation employees received under the indicted scheme—the payment of rent, utilities, and garage expenses at luxury apartment buildings, private school tuition for family members, leases for luxury cars for both employees and their spouses, large amounts of unreported cash, and ad hoc expenses such as electronics and furniture—are entirely different than the typical fringe benefit such as a turkey for the holidays,” the memo states. “The ‘flagrancy of the conduct’ here, which has not necessarily arisen in other cases, is an appropriate reason for bringing this prosecution.”

Read the memo, below: