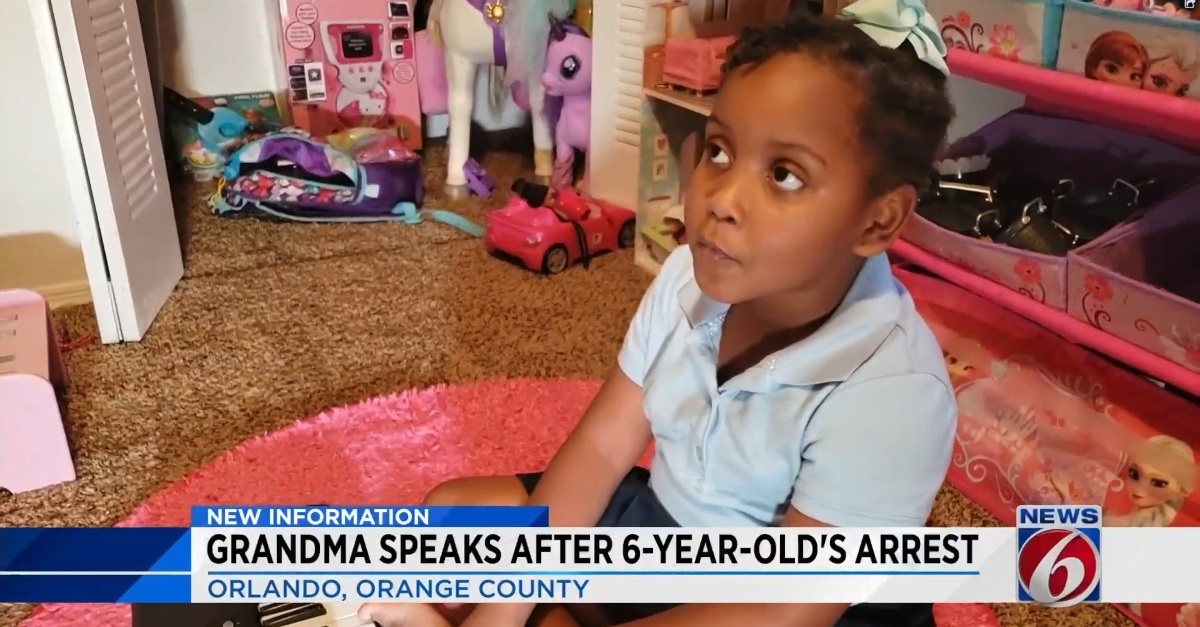 Police in Orlando, Florida confirmed that yes, a 6-year-old was recently arrested, but the school resource officer involved didn’t follow the procedure for arresting children under 12, according to Click Orlando. Now there’s an investigation into this.

Meralyn Kirkland told the outlet that her granddaughter Kaia Rolle, 6, was arrested Thursday at the Lucious and Emma Nixon Academy, a charter school. She said the girl was misbehaving in class due to sleep apnea. School officials sent the child to the office. A staff member grabbed Rolle’s wrists in a bid to relax her, but the 6-year-old kicked, according to this account.

Kirkland said Rolle was arrested for battery, brought to the Juvenile Assessment Center. The child even got a mugshot, she said.

“No 6-year-old child should be able to tell somebody that they had handcuffs on them and they were riding in the back of a police car and taken to a juvenile center to be fingerprinted, mug shot,” she said.

Cops said an 8-year-old was also arrested Thursday. They claim that arresting officers have to get permission from their watch commander to arrested children under 12. The school resource officer involved in this incident was identified as Officer Dennis Turner.

Kirkland said she had tried to explain the situation to the officer. She said she told him that Rolle had sleep apnea, and they were trying to resolve it. He dismissed the explanation, she said.

“And he says, ‘Well, I have sleep apnea, and I don’t behave like that,” she said.