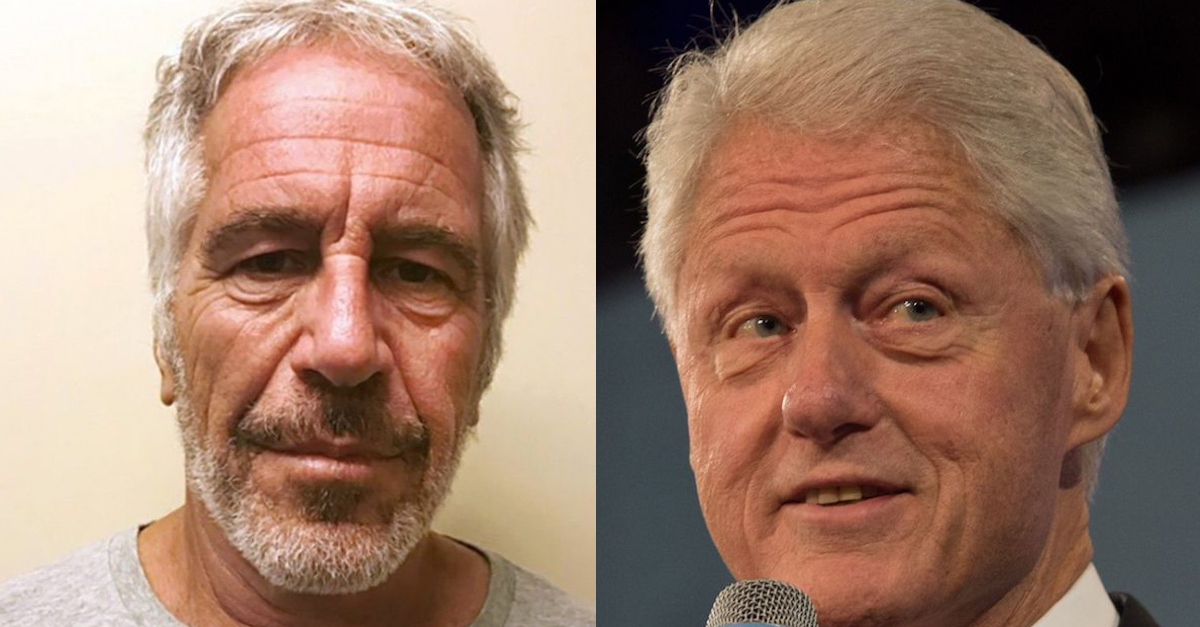 An unnamed woman spoke out in a Southern District of New York courtroom on Tuesday, saying that deceased pedophile Jeffrey Epstein once groped her and tried to use a sex toy on her. After she escaped his grasp, the woman said, Epstein employees warned her to “be careful,” as Epstein “knew powerful people including Bill Clinton.”

The revelation came as prosecutors signaled that they intend to investigate Epstein’s “enablers” (i.e. co-conspirators) and possibly bring charges against them, even though the charges against Epstein were officially being dismissed due to his death. Several women–Sarah Ransome, Theresa Helm, Courtney Wild, Virginia (Roberts) Giuffre among those who were named–demanded that the government continue to pursue justice in this case. Wild called Epstein a “coward.”

Helm said the “women that helped” Epstein need to be brought to justice. She named Epstein’s alleged madam Ghislaine Maxwell and Sarah Kellen, an alleged recruiter.

Prosecutors in Manhattan now say they intend to investigate ⁠— and possibly bring charges against ⁠⁠— some of Jeffrey Epstein’s “enablers.” #PerversionofJustice https://t.co/fKglpY4HGR

Before Epstein’s reported death by suicide, Epstein was the only person charged with conspiracy to commit sex trafficking and sex trafficking. Despite the lack of additional charges against others, it has been alleged that Epstein employees recruited young girls Epstein paid to give him massages that turned sexual, only to then use those victims to recruit other victims. Prosecutors said Epstein knew the victims were underage because they “expressly told him their age.” The girls were as young as 14. Prosecutors also said Epstein created and maintained a “network” of minors for the purpose of sexual abuse with the help of associates and victim-recruiters.

One of Epstein’s victims, Jennifer Araoz, previously explained how this cycle of abuse–and the “system” that Helm referred to–worked.

Araoz said that when she was 14 she was recruited outside of her NYC school by a young woman to go to Epstein’s townhouse. That was in 2001. Epstein’s residence, including a painting of a young naked woman that hung on the wall of Esptein’s “favorite room in the house.” In that room was a massage table. “When he first brought me up there, he was like, ‘You know, you remind me so much of this woman in the painting,’” she said.

Maurene Comey, James Comey’s daughter, is one of the SDNY prosecutors on the case. She vowed to get  “justice for the victims in this case.”

The fallout from Epstein’s death has been major and ongoing. It seems that with each passing day there are more questions than answers. Epstein’s attorneys reportedly continue to push the idea that Epstein’s fatal injuries were consistent with homicide not suicide. The coroner ruled that it was a suicide by hanging.

The criminal case against Jeffrey Epstein is officially closed, but not before several victims had their day in court. They showed up to Federal Court today to tell their stories. Epstein’s attorneys argue that his injuries were consistent with homicide, not suicide. @wcbs880